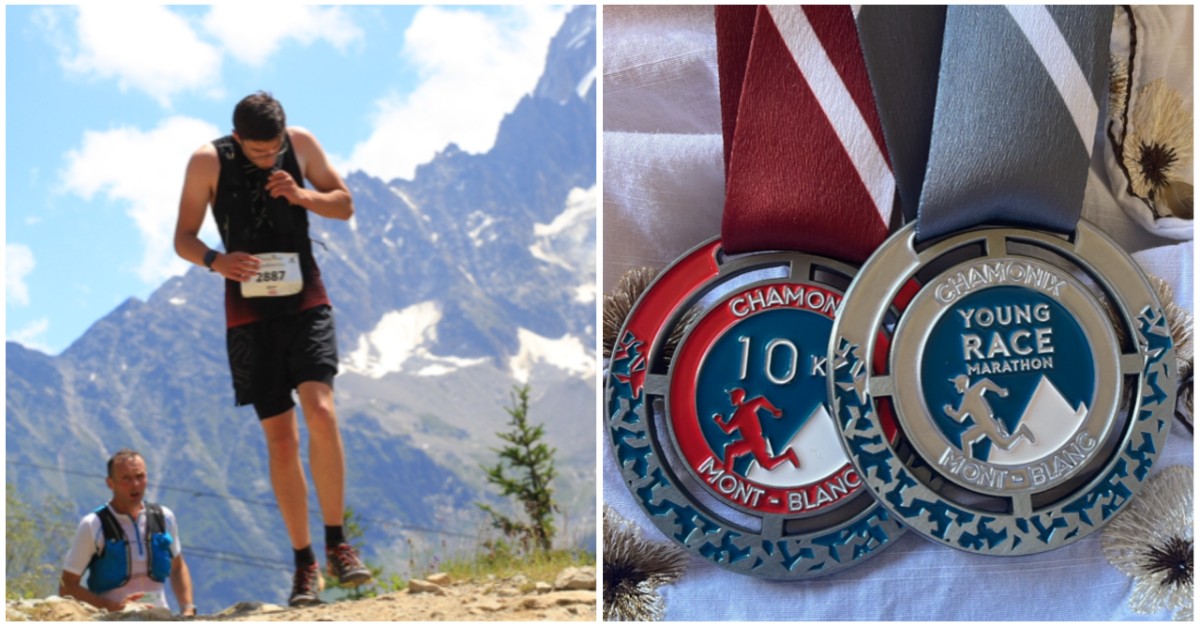 A Harrogate teenager has become the youngest competitor to complete a gruelling trail run in the French Alps.

Alex Fennah, 17, was given a special exemption to take part in the ITRA (International Trail Running Association) Trail Marathon Championship in Chamonix, which is usually only open to over 18s, because of his track record in other events.

Setting off from the village of Montroc, the race saw competitors complete a 15.8km section of the 42km Mont Blanc route, with Alex finishing in two hours and 40 seconds.

“It was really great taking part in the ITRA Trail Marathon Championship in Chamonix. Whilst it’s reserved for those aged between 18 and 22, I was given special permission to take part – and by doing so I have become the youngest person ever to finish it.

“I started running two years ago and trained with the Wetherby Runners, and like everything the more you train the easier it gets. I go out four times a week and will run a total distance of about 70km. I’ve previously run two 100km races back-to-back.

“When I start something I tend to become a bit obsessive, and that includes my running, and my ultimate goal is to complete an ‘iron man’ challenge.”

The Ashville student is in training for the 35km Sierre-Zinal in Switzerland and the 66km OCC in Chamonix, both in the same week. He will also run the Double Sahara Marathon – 40km on consecutive days – in October.

Meanwhile, he’s hoping to study experimental psychology at Oxford once he has completed his A levels.