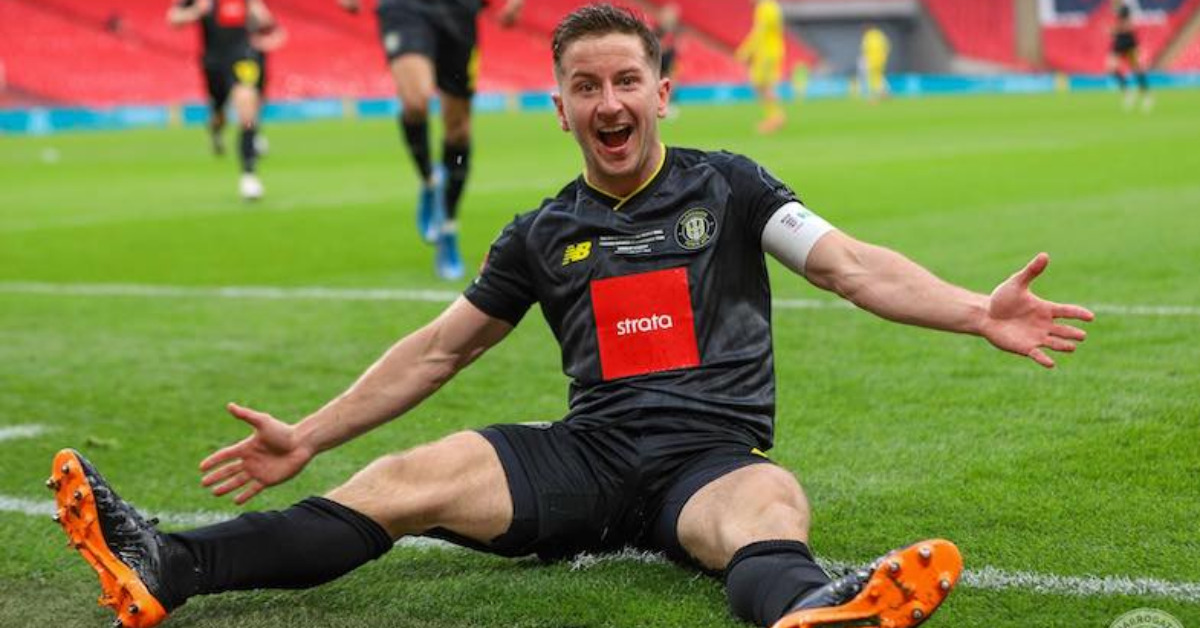 Harrogate Town’s Josh Falkingham came with a real captain’s contribution to win the FA Trophy in what was a tough game at times.

The skipper was alive to the opportunity when Jack Muldoon’s effort came off the post and managed to tap the ball in from close range.

At 75 minutes it was the only goal of the game against non-league Concord Rangers. It means that town brings home more silverware in the FA Trophy.

Fresh from the high of scoring the winning goal, Josh Falkingham told the Stray Ferret:

“I can’t put into words how I am feeling. It’s a special time for a special club and it will live for a long time in the memory of the players and staff.

“We are obviously gutted that the fans couldn’t be here with us. But we have been here before and we have managed to get another win at Wembley.

“This is an incredible feeling, we are delighted. Goals are not really my forte. I get a lot of stick for not scoring as many as I should.

“But it is about the whole team who have worked really hard to achieve this.”

The first half was quite frustrating at times for Harrogate Town, who struggled to break down a fresh team in Rangers.

Town manager Simon Weaver said after the game that he “let rip” on the players at half time. That talk clearly had an affect on the team that came out for the second half.

Josh conceded that the team was not good enough in the first half and said:

“It was simply not good enough. We were nowhere near where we should have been. The gaffer came in and told us how it was.

“We were much more on the front foot and took the game to Concord Rangers. We were able to finish strong and get the goal at a key time.

“So happy days. We have another trophy to take home to Harrogate. I am sure we will have a fair few beers tonight and a few sore heads in the morning.”