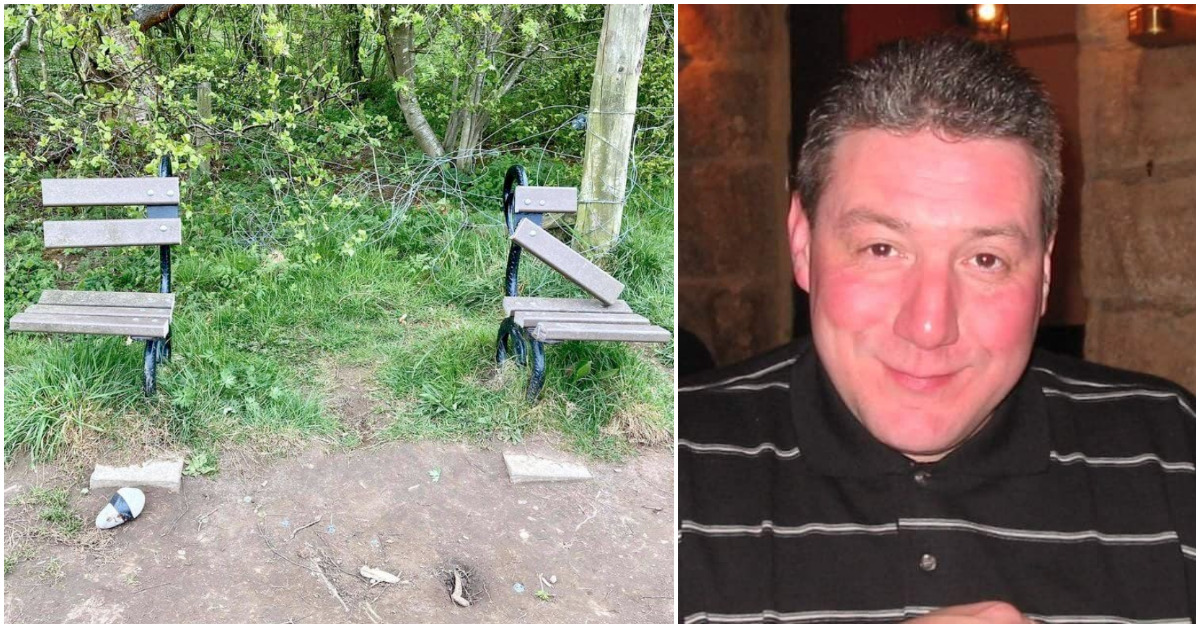 The bench was erected in memory of Colin James. Photo: Family

Vandals who have destroyed two memorial benches in the Nidd Gorge have left the Harrogate families behind them devastated.

A group set up to protect the area found the benches in a sorry state yesterday and posted pictures of the remnants on the “Keeping Nidd Gorge Gorgeous” Facebook page.

The sight of the broken bench is too much to bear for Sylvia James, who bought it to keep the memory of her husband Colin James alive.

Colin died when he was 55-years-old from cancer in 2015. He was born in Manchester but moved to Harrogate to be with Sylvia and loved to go on dog walks in the Nidd Gorge.

For that reason Sylvia bought the bench and she often goes to sit on the bench to be with her husband. She told the Stray Ferret that she will replace it as soon as possible:

“What a way to find out. I haven’t been up to see the bench and I can’t go there because I think it would tear me apart.

“It’s just such mindless devastation. This is a memorial, it is there for a reason. When I go up there and sit there I am with him.

“The bench has been there since 2016 and it has been fine. I didn’t know that people would even do a thing like this.”

Steven Worrell-Shaw, Sylvia and Colin’s son in law, set up a fundraising page with a £300 target to replace the broken bench

Within a day generous people have beaten that target and have donated £450. Sylvia says any money not needed will go to St Michael’s Hospice, a charity which cared for Colin before he died.