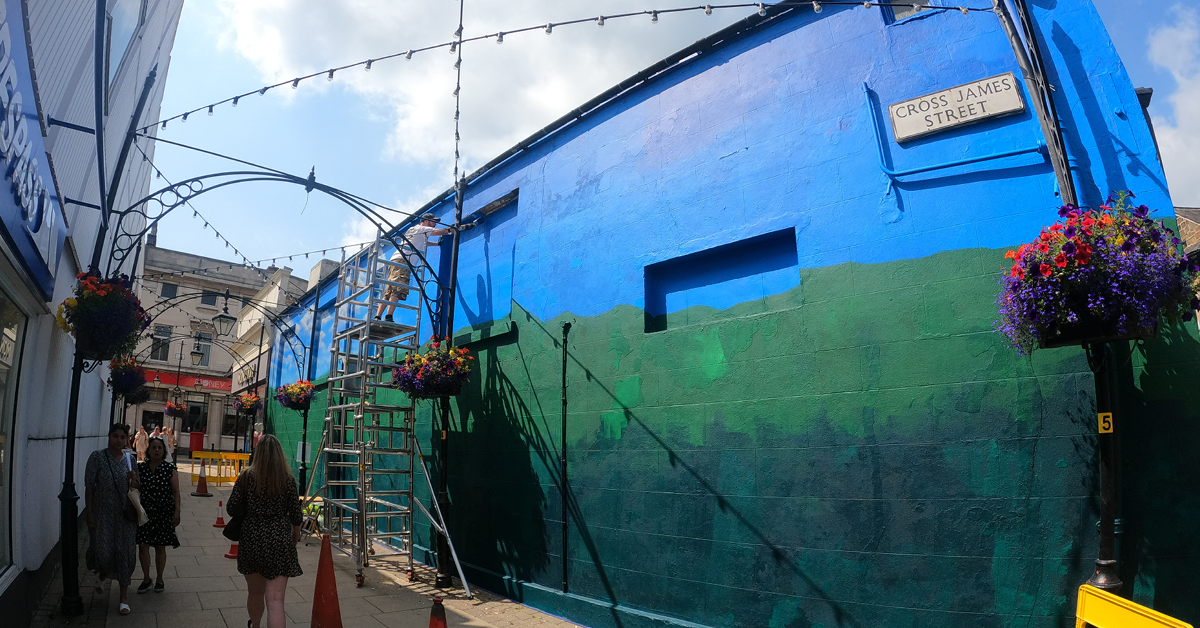 Work has begun on a new mural in the centre of Harrogate. The huge artwork on the alley between James Street and Market Place has been funded by Harrogate Business Improvement District (BID).

The length of the alley will replicate the gateway to the Dales. In preparation for being painted, the wall has been completely repointed. It’s expected the mural will be completed by early August. So far it’s still in the early stages, with just the base coat on the wall – but soon lots more will be added to it.

The painting is the work of Harrogate artist Sam Porter from Mural Minded. Last month, Sam created a ‘joyous’ wall mural on the side of a house in Cheapside, Knaresborough – featuring swallows and butterflies.

“The artwork is going to improve an area of Harrogate that’s been needing a bit of attention. We’ve been working with a local artist to improve the area through a vision of the gateway to the Dales.”

It’s not the only giant artwork set to give a Harrogate street a makeover. Last month Harrogate residents and businesses were asked to submit ideas to help give Cambridge Place a colourful makeover.