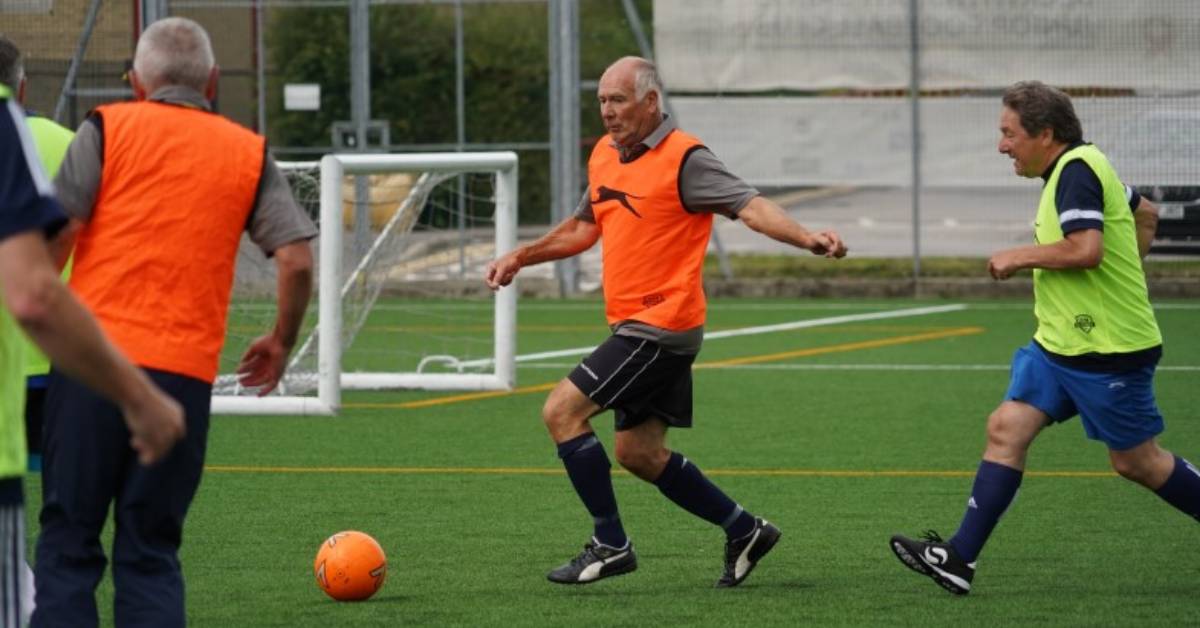 Walking football is a twist on traditional football that is played by people who have mobility or other issues.

It’s generally played by the over 50s although the majority of players with Harrogate Town are in their 60’s, with some even in their 70’s.

The club has a 50’s team and a 60’s team who both play competitively in the Northern Premier League and they also play friendlies with clubs throughout Yorkshire and the North East, both home and away.

The club holds sessions on Tuesday and Thursday evenings at Rossett Sports Centre. There are different sessions to accommodate players of all ages and abilities, including those who are new to the game.

“I decided to call it a day at the age of 62 after a football injury. When my wife said ‘why don’t you try walking football?’ I responded as I imagine most old footballers might react, with a mixture of incredulity and mirth.

“After giving it a go, I found that like ‘real’ football it can be played at different levels, from slow and social to fast and competitive. I’ve met lots of interesting people and made a whole new group of friends.”