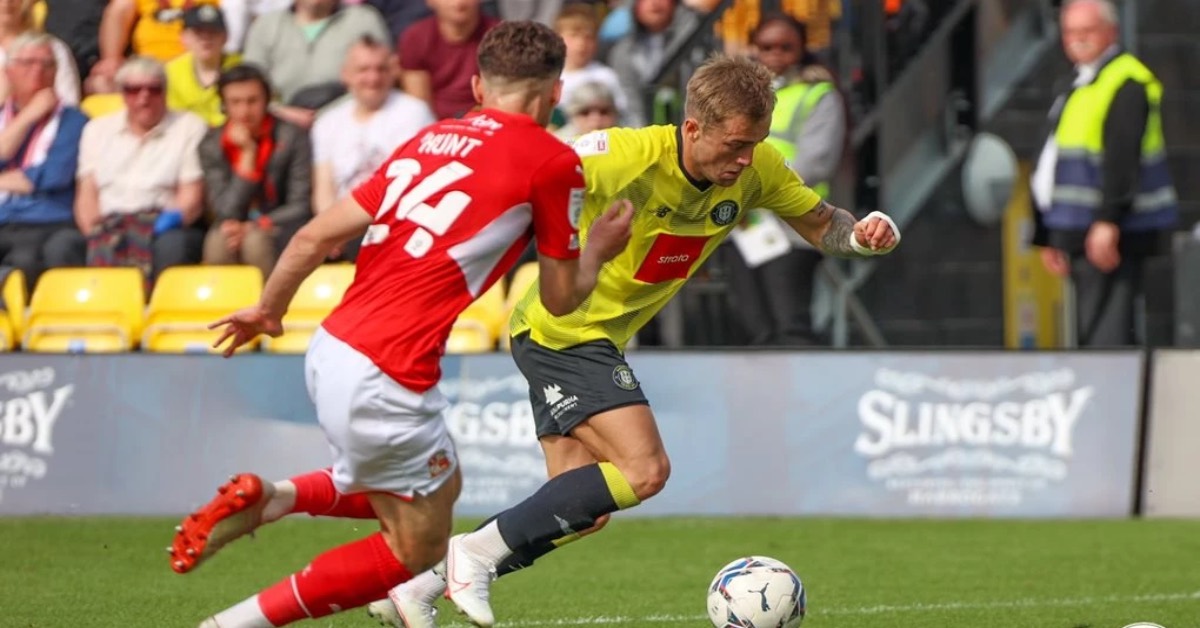 Harrogate Town are set to kick off their third season in the Football League this afternoon.

Town will take on Swindon Town at the EnviroVent Stadium at 3pm.

Simon Weaver’s men will be hoping to consolidate their position in the EFL League Two and build upon last season’s 19th place finish.

Speaking ahead of the opening day, Weaver said pre-season had gone well for Town.

“It’s been a positive pre-season, as tough as we have ever given the lads to be honest both in the physical workloads and the games and the opposition they have had to face.

“When you take into consideration quite wholesale changes to the squad, it’s been quite challenging. But I think the last three performances have been positive and the results have suggested an upward curve as well.”

Town have made 10 new signings during the summer transfer window so far and seen 11 players leave the club.

Among the new arrivals is Tyler Frost, who signed a six-month deal this week and will be available for the Swindon clash.

“We were reflecting on last season and there was no getting away from that defensively we weren’t good enough.

“There’s more youth about us as a squad, but also at the same time it has been more challenging bringing in more pedigree as well which is necessary. We looked at little bit raw for the level at times last year.

“But hopefully there is more flexibility within our squad now to be able to tweak and change when necessary, even within games. But overall we’re happy with the recruitment.”

Rory McArdle will miss the game with an injury sustained at the end of last season.

Meanwhile, skipper Josh Falkingham also misses the game through injury, but is closer to a return to action.

New signing Max Wright will also miss out with an ankle injury which will keep him out for four months.

Weaver described the clash against Swindon as a big game for the opening match.

“They don’t get much bigger do they? They reached the play off semi-final stage last season and they’re a strong outfit, aren’t they?

“Historically, they’ve played at the top level and they’ve got some good quality players and it will be a test.

“This week, we’ve just tried to inform the lads of what to expect in terms of their style of play and how they like to keep the ball and get into key areas.”