0 Items
Harrogate’s Commercial Street decked out for Town
by 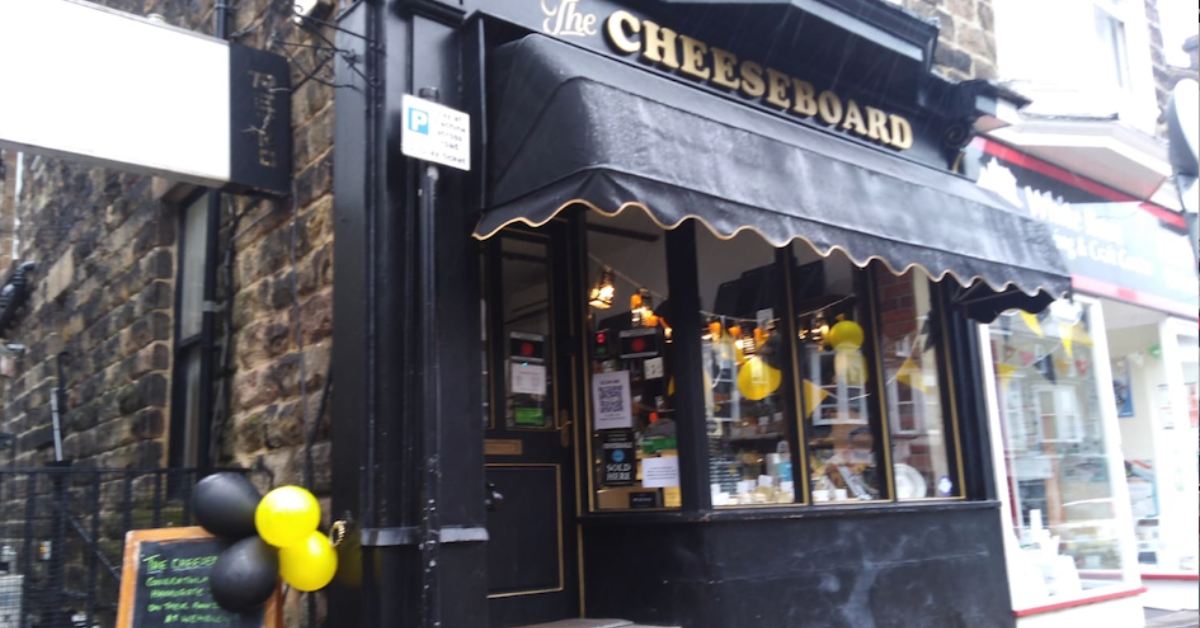 Shops on Commercial Street have been decorated in yellow and black bunting today in honour of Harrogate Town’s Wembley heroes.

The club, which has a pop-up shop on the street, supplied the bunting and Town scarves to celebrate the 1-0 defeat of Concord Rangers in yesterday’s FA Trophy final.

Sue Kramer, who owns Crown Jewellers and is manager of the Commercial Street retailers group that has arranged many of the recent improvements on the street, praised the community spirit of the street’s retailers, saying:

“We’ve been here for 21 years and this is the first time I’ve known the street really come together for something.”

According to Ms Kramer, the street’s shop owners have been working closely together with the local council to improve the street. 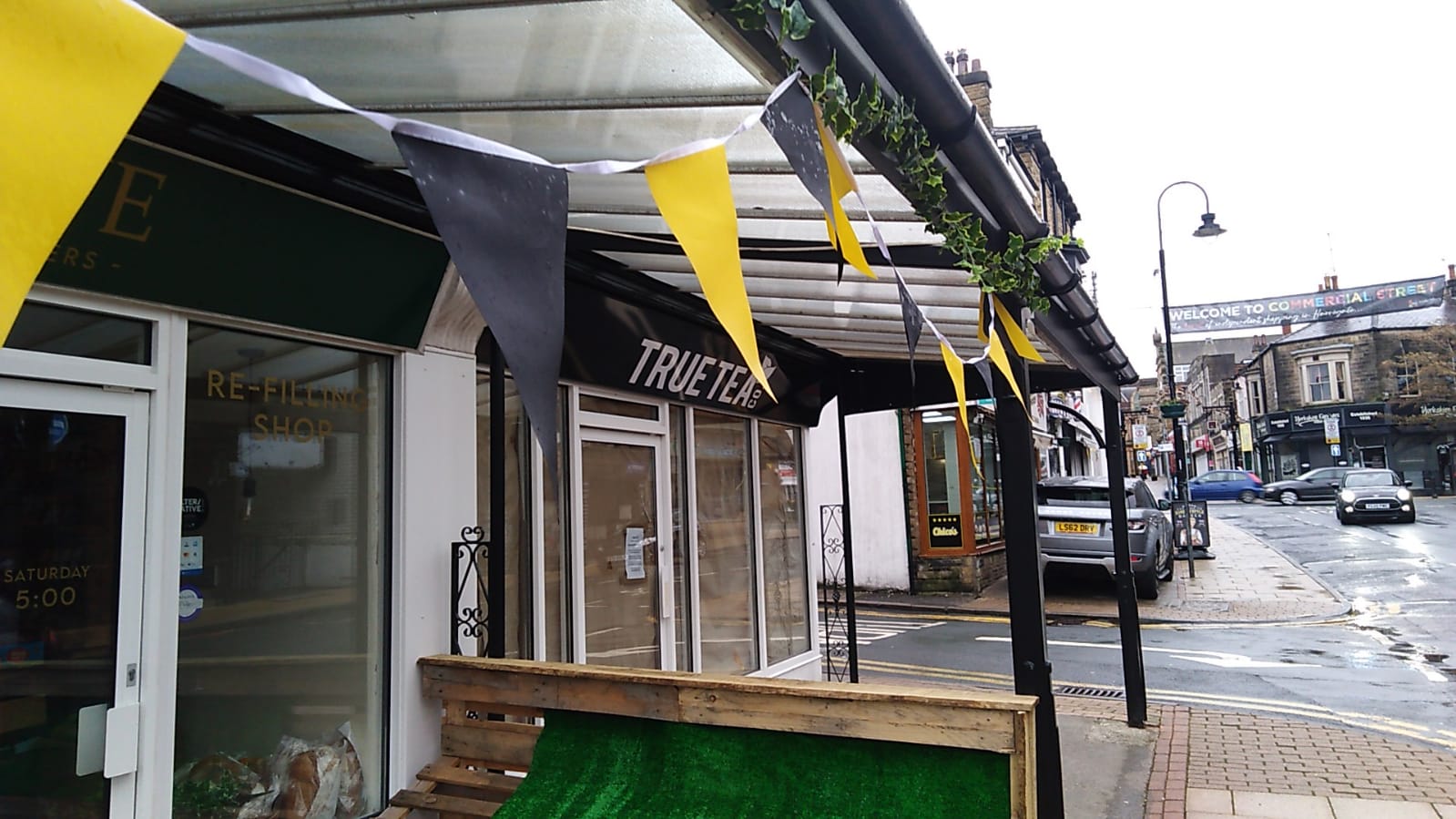 Harrogate Borough Council recently replaced a bench in the street, while Harrogate Business Improvement District has added the street to its watering round for hanging baskets.

“It was freezing, but there was a great atmosphere.”

Gemma Aykroyd, owner of The Cheeseboard, said that footfall had been “great” since the shops reopened. She had bunting up in her windows, as well as black and yellow balloons that she bought herself. 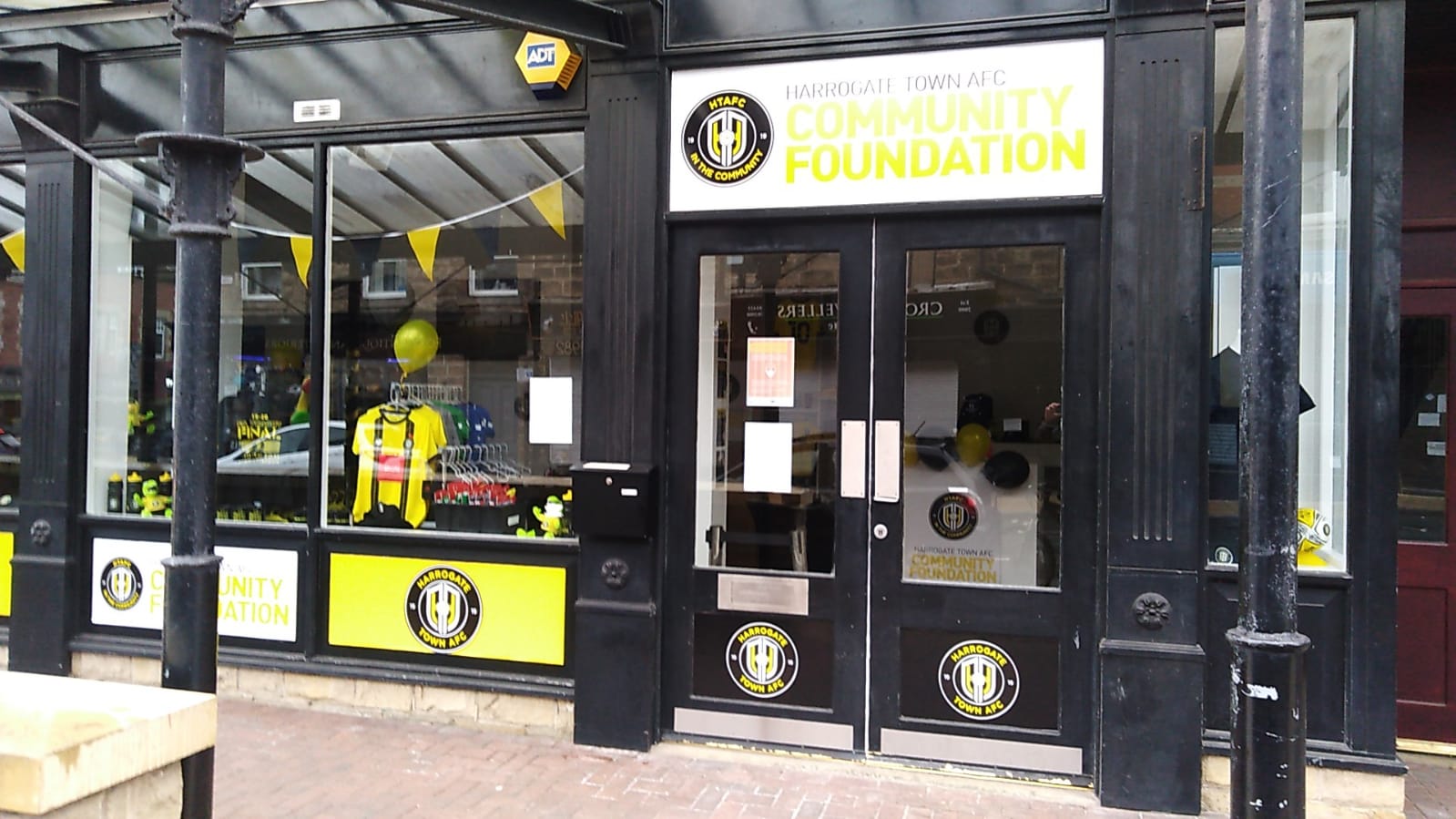