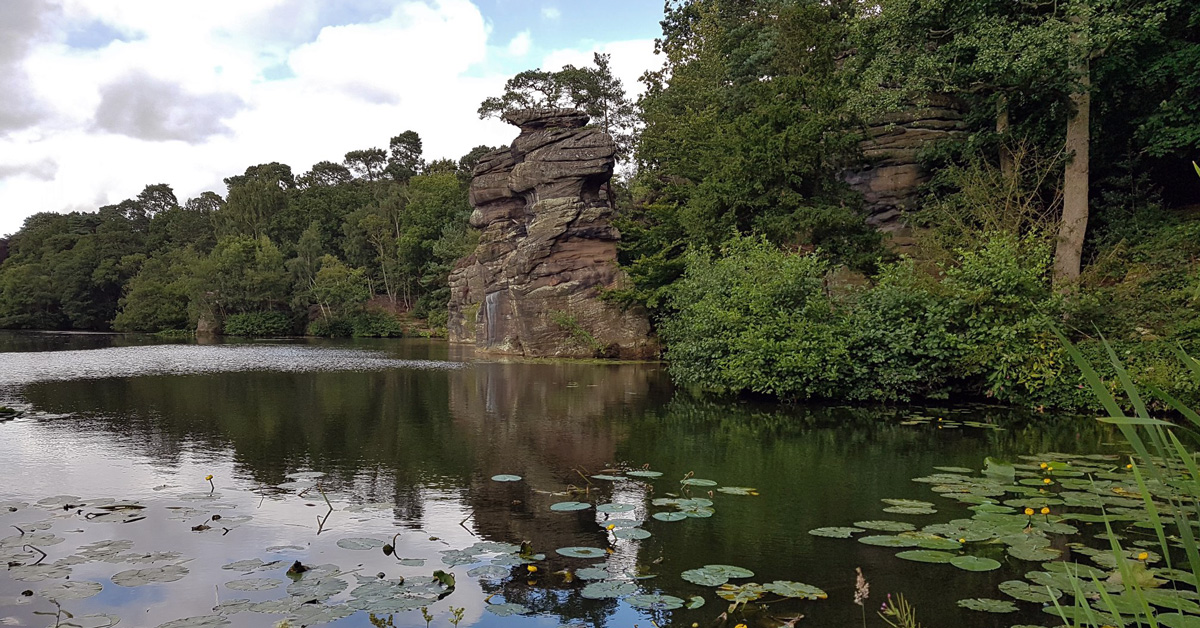 A site in Harrogate painted by JMW Turner has been removed from the Heritage at Risk Register after long-term renovation.

Today, Historic England has published its annual Heritage at Risk Register. Plumpton Rocks is one of 17 in Yorkshire to have been removed from the list.

Considered one of the finest 18th century landscapes in the North of England, it was twice painted by JMW Turner.

It has been closed to the public for several years but is due to reopen in 2022.

The register is the yearly health-check of England’s most valued historic places and those most at risk of being lost forever.

Plumpton Rocks is a Grade II* listed landscape designed in the mid-18th century. Local residents will recognise it for its large rock formations and man-made dam.

Over the years the site has declined, mainly due to the silting of the lake and overgrowing trees.

However, funding from numerous grants and the owner totalling more than £400,000 has allowed landscapers to restore the site to its former glory. The lake has been dredged, repairs have been made to the dam and work to manage the trees.

The site is now set to reopen in spring 2022 after closing for repairs in October 2019.

In future, it is hoped public access to the site can be improved and the local angling club have already volunteered to tackle invasive vegetation.

“The 17 sites saved this year in Yorkshire show what’s possible with strong partnerships investing together to secure public benefits. Agencies such as Natural England, the National Lottery Heritage Fund and Historic England recognise the importance that historic places have for their local communities.

Over the past year Historic England has awarded £1.8 million in grants to historic places in Yorkshire, more than £800,000 of which came from the Government’s Culture Recovery Fund.

The Heritage at Risk register highlights the plight of a further 15 historic buildings or places in the district: