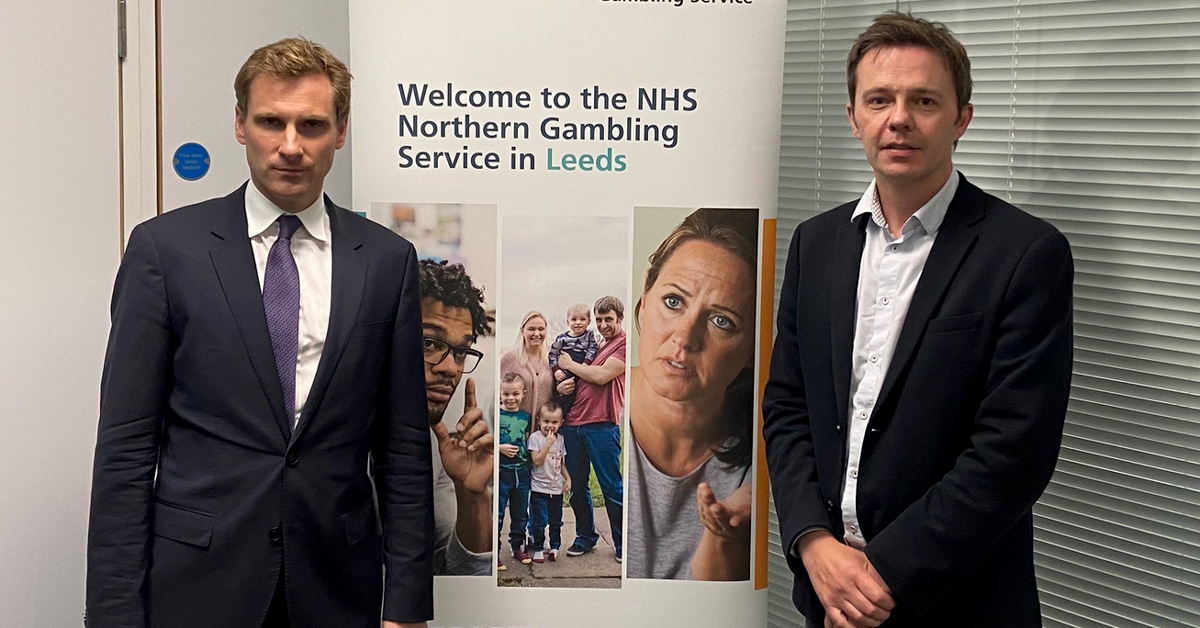 A doctor who leads the NHS Northern Gambling Service has said that people in Harrogate suffer with significant gambling issues.

Matt Gaskell is based at the clinic in Leeds which opened in 2019. Since then he has seen people come to him with depression, anxiety and suicidal thoughts.

Some on benefits had lost out around £5,000 but others, who are on large salaries, have run up debts of hundreds of thousands of pounds.

Dr Gaskell contacted the Stray Ferret to encourage people from the Harrogate area with gambling issues to come forward after seeing the problem made worse by coronavirus:

“More people need to know that we have this gambling addiction service on their doorsteps. We have specialist psychologists and therapists.

“As part of our service we can also speak to the family of those who have a gambling addiction.

“People come to us with mental health issues, lots of debts and broken-down relationships. But when work with them often clients have a good outcome.

“It is a hidden addiction which the government needs to treat like other addictions.”

His comments came after his meeting with Gambling Commissioner Chris Philip. During the meeting they discussed an upcoming government review into gambling.

The government called for evidence in December 2020, which finished on March 31 2021. A white paper with restrictions on online gambling is expected late this year.

“Online casinos and football betting are particular problems. Football has become a billboard for gambling, most can’t watch a game without considering a bet.

“We need a public health campaign in the same way that we have had with smoking and drinking. Often those who are addicted to gambling are at a higher risk of suicide compared to other addictions.

“Banks and gambling firms know exactly how much money people are spending and could stop them building up such debts.”

MPs ‘should not accept bribes’ from gambling firms

Mr Adams, who represents Selby and Ainsty, which includes some rural parts of the Harrogate district such as Spofforth and Follifoot, received tickets to three games at Wembley Stadium.

More than most, it was difficult for Dr Gaskell to read that news. He said it was wrong for MPs to take money from gambling firms:

“I believe it is deeply concerning that MPs have taken money from gambling firms when that money has been made through those who have been harmed by it.

“Research shows that 60% of profits come from the 5% who have suffered most harm, I think questions need to be asked about this, it is effectively a bribe.”

The Stray Ferret has put Dr Gaskell’s comments to Nigel Adams MP. He has not replied by the time of publication.

Do you or someone you know suffer with gambling addiction? Get help by calling the NHS Northern Gambling Service on 0300 300 1490 or send an email here.