An artists' impression of the new homes at Bluecoat Wood in Harrogate.

The plans follow a public consultation which was held in December 2021.

Documents submitted to Harrogate Borough Council show that the site is set to be called Bluecoat Park.

The site covers 28 hectares of largely green fields and the homes would wrap around Horticap.

The proposals include plans for a new cricket pitch, which would also act as a village green. The pitch would be used by Pannal Ash Cricket Club. 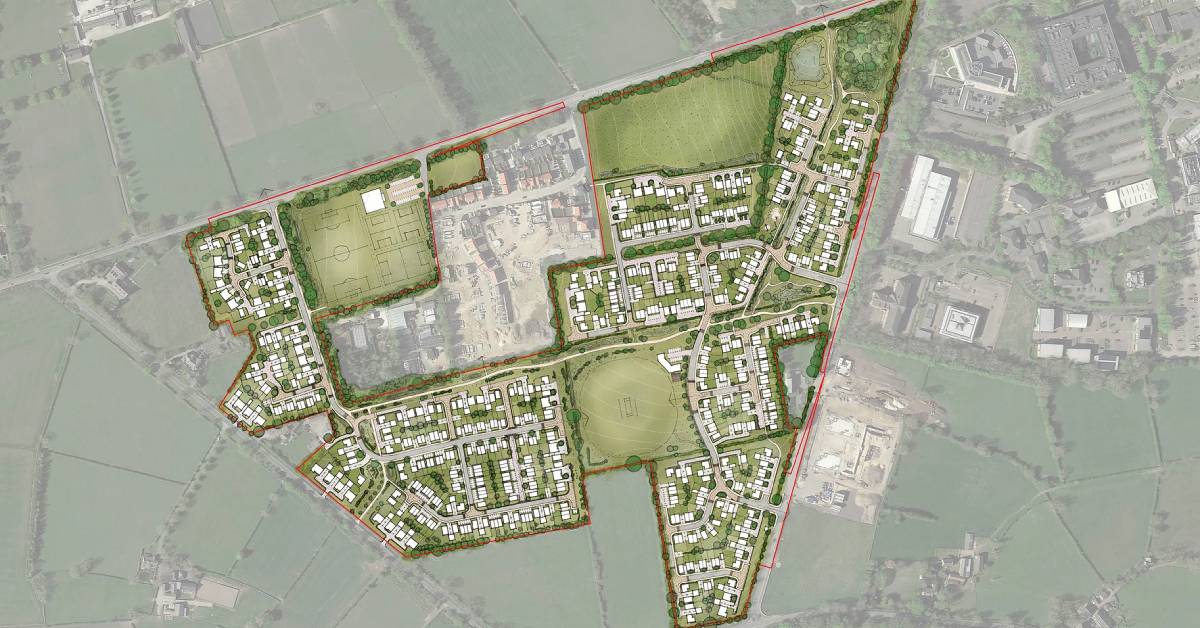 The site layout for the homes at Bluecoat Wood.

A “football hub” would also be created, which would include changing rooms, a full-size pitch, a youth pitch and two mini pitches, along with car parking.

A new community woodland would also be planted.

As part of the plans, a mixture of one, two, three, four and five-bedroom houses are proposed for the site. Homes England says in its plans that 40% of the houses will be allocated as affordable.

The housing agency said in its planning documents:

“The proposed development at Bluecoat Park provides a most important opportunity to deliver a new sustainable and thriving community which will form part of the proposed new urban extension to west Harrogate.”

Housing has been mooted at Bluecoat Wood for many years.

In February 2016, the borough council granted planning permission to a partnership of developers called HTH Harrogate LLP to build 450 homes.

However, Homes England bought the site in February 2021 after the developer pulled out.

That summer, Homes England submitted an environmental impact assessment for 530 homes on the site. The number has now been reduced to 480.