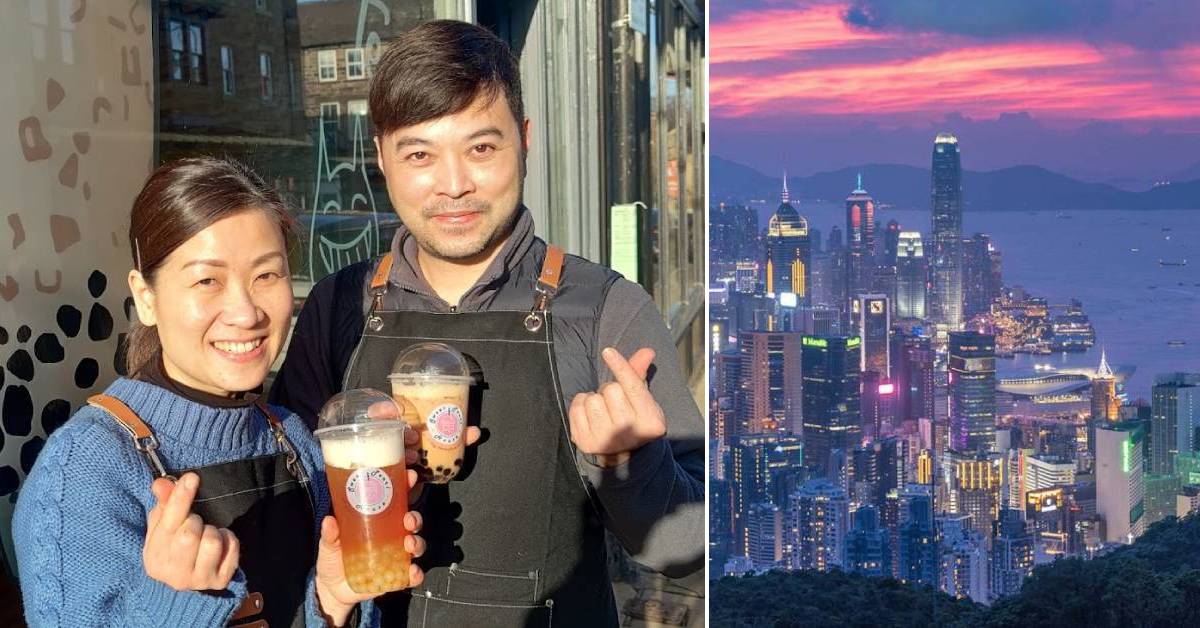 It has been a volatile few years in Hong Kong with protests, the jailing of opposition politicians and the closure of media outlets.

Now according to a local estate agent, an increasing number of people from Hong Kong are moving to Harrogate as Chinese rule has led to a crackdown on freedom and democracy.

In January last year, the UK government offered a new visa to residents of its former colony. It expects that 300,000 Hong Kongers will make the move in the next five years. Around 100,000 applied for the visa in 2021 alone.

Three of them are members of a family that moved to Harrogate last year.

Ms Yip said she wanted their daughter, 16, to have more freedom and a better education than what was possible in Hong Kong.

She said she has been impressed with the town’s safe surroundings and friendly people since making the move.

“Harrogate’s environment is very lovely and I feel very safe when I live here. People are very friendly.

“When we live in Harrogate, we can feel no stress. The people here enjoy their life and I can also feel the relaxing atmosphere.”

Hong Kong has the most skyscrapers above 150 metres in the world with 518.

Space is at a premium and many families live in cramped apartment buildings high up in the sky.

Harrogate’s tallest building is The Exchange on Station Parade which stands at a humble 42 metres.

There is also decidedly less hustle and less bustle than the Asian metropolis, which has almost 8 million residents.

Ms Yip said the lower building density in Harrogate coupled with much more open space makes it an appealing contrast to back home in Hong Kong.

“Harrogate has lots of countryside and we can also see different kinds of animals such as sheep and horses. It is really beautiful.”

David Waddington, director at Linley & Simpson, said since the start of the year the estate agent has seen an increase in people from Hong Kong looking to move to the Harrogate district.

Many Hong Kong exiles have sold their property or businesses in the city before moving to the UK, which means they can afford the district’s high house prices.

Mr Waddington said in one new development in the area as many as 15% of the properties were sold to families relocating from Hong Kong.

“Since the turn of the year we have seen people moving from Hong Kong to start a new life in the Harrogate district in ever-increasing numbers.

“In one new homes development we launched to market recently, three of the twenty properties have been sold to families relocating from Hong Kong.

“Hits on our website from Hong Kong have witnessed a notable uptick too. While Harrogate is a magnet for home buyers from a diverse number of international countries, its name and ‘brand’ is well-known to many in Hong Kong.”

HK UK Support Ltd is a company that specialises in helping people from Hong Kong relocate to the UK.

Last month it published a Q&A on its YouTube channel with Sue Brandom, inward investment officer at Harrogate Borough Council.

Ms Brandom cited Betty’s, Knaresborough and the Nidderdale countryside as reasons why the district can be an attractive destination for Hong Kongers looking to make the move.

They are all points that are hard to disagree with, although new district resident Candy Yip said Harrogate would be “perfect” if it had just a few more Asian food options.

“I miss my family and friends and also the food in Hong Kong. Hong Kong has more options of food for people such as Korean food. I think if Harrogate can have more variety of food, it will be perfect.”

A new 'HG1 for Everyone' mural has appeared on the former Post Office on Cambridge Road in Harrogate.