0 Items
Housing developments could have been stopped earlier
by 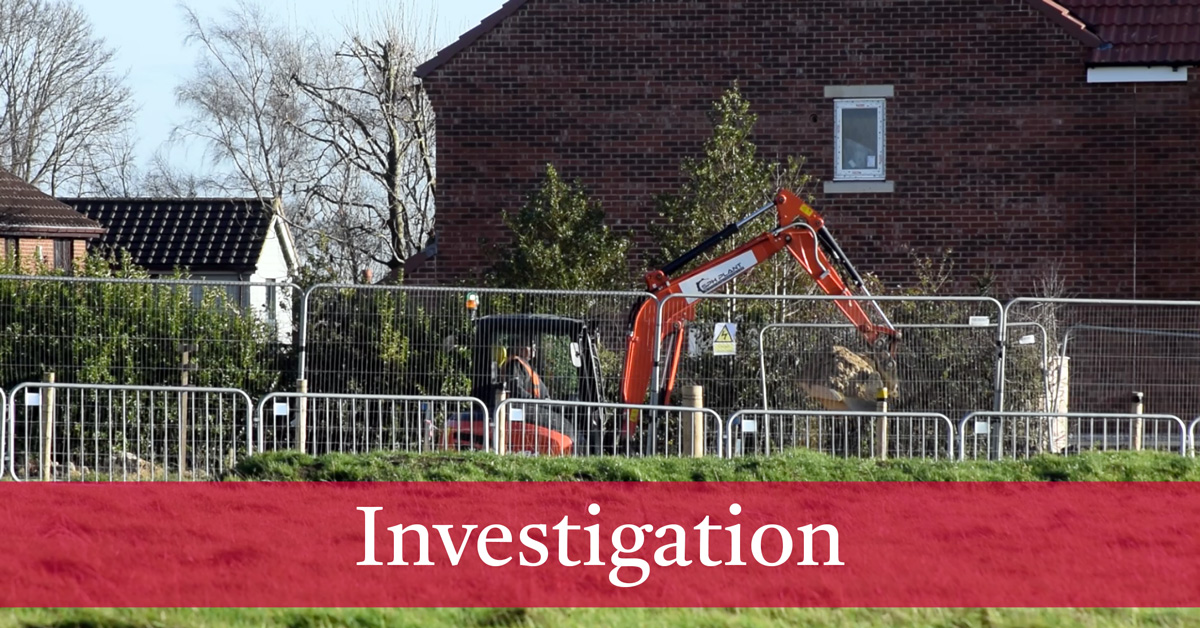 An investigation by the Stray Ferret has found discrepancies in documents used by Harrogate Council to advise the planning committee between 2017 and 2019.

The council claimed that there was a shortage of land for new housing development and delayed submission of the local development plan.

During that time, councillors say they were “forced” to approve major developments to boost housing numbers.

Yet we have found evidence that could have given councillors greater powers to reject speculative planning applications earlier.

Government planning policy directs councils to ensure it has enough land on which new homes can be built  –it must have a 5 Year Land Supply (5YLS).

This important statistic can decide the outcome of planning decisions.

Without one a legal situation is triggered which makes it’s easier for a developer to obtain planning permission.

Between January 2017 and September 2018, planning reports advised the planning committee that Harrogate didn’t have a 5-year land supply.

Our investigation uncovered evidence that Harrogate expected over 12 000 new homes to be delivered between 2019 and 2024.  That equates to a land supply of more than 9 years.

It’s more than double the number of homes required by local housing targets approved by the Secretary of State for the same period.

We wanted to know how the district went from a housing shortage in August 2018 to a housing surplus in January 2019.

The council produced a series of reports containing expected housing delivery rates throughout 2017 – 2019.

The Housing Land Supply Update is a document that publishes the rolling assessment of the district’s 5YLS – it’s revised and published every three months.

From June 2018, these reports showed a ‘marginal’ 5YLS of 5.2 – just above the threshold required.

We have studied other documents the council produces:

The Strategic Housing and Economic Land Availability Assessment 2017 (SHELAA) gathered data about ALL land that the council considers suitable for development along with information as to when homes will be delivered on each site over 5, 10 and 15 year forecasts.

A Housing Background Paper sets out the council’s progress in achieving its policy objective of ‘accelerated’ housing growth with measured targets and delivery rates.

When we examined these documents, we found evidence of a much stronger position than the planning reports suggested.

A Timeline of Development in Harrogate:

Two years after it failed to adopt a Local Plan in 2014 The Planning Inspectorate rules that Harrogate still cannot evidence a 5YLS.

Even applications that had previously been refused were re-presented and approved.

For nearly two years, the planning committee made decisions based on the belief that they had to approve applications to boost housing numbers.

Yet documents reveal that in 2016 Harrogate identified new sites which the council believed would deliver over 1000 new homes within five years. Only a percentage though were included in the calculation of the 5YLS.

January 2018   Documents show that Harrogate was on track to deliver a whopping 9.7-year land supply by April 2019 – when the local development plan was due to be adopted.

But planning reports from the same month advised the councillors that the 5-year land supply had reached an all-time low of just 4.2 years.

However, the advice to councillors didn’t change.

Throughout July and August 2018, the planning reports were based on the earlier deficit position.

August 2018  The Housing Background Paper continued to state that the supply would increase to 9.7 years by April 2019.

The council submitted its local development plan for approval.

September 2018  The Planning Reports state that the council now has a ‘marginal’ 5-year land supply of 5.02 years.

Councillors are advised that approvals are still necessary to ensure that the fragile land supply is maintained.

January 2019 The Planning Inspectorate held hearings to determine if the council’s Local Development Plan was sound.

The Planning Inspectorate insisted that Harrogate cut its housing targets and drop 24 developments from the local development plan.

After the cuts, the planning inspectorate agreed that Harrogate retained a 6.87-year land supply.

The Planning Committee was now in a stronger position to take difficult decisions to refuse speculative and undesirable planning applications even against the advice of planning officers.

The Stray Ferret offered to discuss our findings with Rebecca Burnett, former Cabinet Member for planning and Richard Cooper, Leader of Harrogate Borough Council before we published.  Neither agreed to be interviewed.

In a statement issued by the press office, the council said:

“Our approach to calculating housing land supply has been tested on a number of occasions at planning appeals and at the local plan examination. It was found to be in line with national policy and guidance.

“During the period where we did not have an adopted local plan, the housing supply position was kept under constant review and councillors were routinely briefed.

“It is absolutely ridiculous to suggest that councillors were misled in relation to the housing land supply. We have seen no credible evidence whatsoever to back-up this claim.”

We have been told by councillors of all parties how concerned they are at the council’s performance record on planning.

We also put a series of questions to Andrew Jones MP regarding planning within the district.

We have not yet received an acknowledgement to our email.