0 Items
In Depth: To BID or not to BID? Divided opinion in Harrogate, Knaresborough and Ripon
by 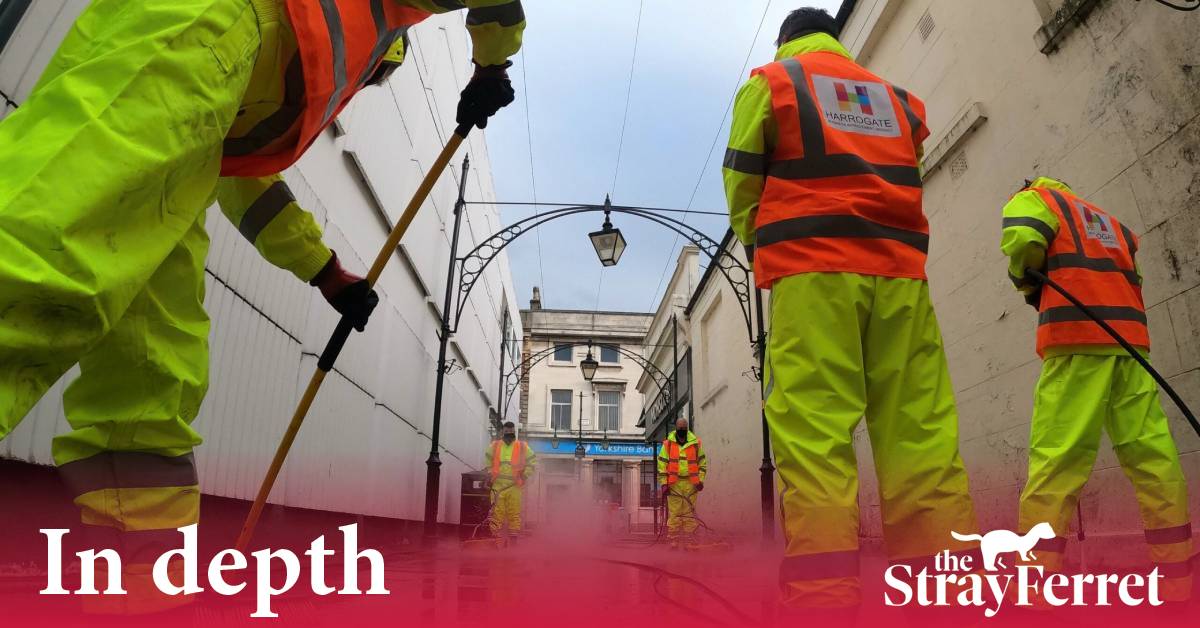 Business improvement districts (BIDs) were first introduced in the USA to revive economically depressed areas and they came to the UK in the early 2000s.

They have become increasingly popular over the past 10 years, in part due to declining high streets and government cuts to local authorities.

Businesses within a defined area pay an annual fee, called a levy, on top of their usual business rates.

This pooled money then goes directly towards the BID which funds improvements for the area.

Harrogate was the first town in the district to form a BID in 2019. Almost 500 businesses pay 1.5% of their rateable value each year.

It’s estimated that the Harrogate BID brings in around £500,000 from levy payers annually.

But before a BID is set up, businesses in the area must vote in a ballot on whether they want one or not, as Ripon and Knaresborough have done this year.

Once a BID vote has passed, all businesses within the area are obliged to pay the levy or face potential legal action. BIDs last for five years, before businesses are balloted again.

What do BIDs do, and are they value for money?

Harrogate BID has three full-time staff, including BID manager Matthew Chapman who is paid a salary of £45,000.

It has an elected board of 15 directors, which mainly includes business people but also has an officer each from Harrogate Borough Council and North Yorkshire County Council.

Harrogate’s BID had a difficult first couple of years. In 2020, four directors walked out in protest at the way the organisation was being run, citing accusations of undue council interference. The conservative council leader, Richard Cooper, later resigned as a board member.

It now appears to be on a more steady footing and recent initiatives include power washing 80,000 square metres of the town centre, painting drab walls with colourful murals and buying over 500 pieces of outdoor furniture for businesses to use.

But is it delivering value for money to its levy payers? How is that measured?

“This can be achieved via a number of different methods, including increased footfall, increased bookings, satisfaction surveys, regular conversations with our Levy Payers, positive media coverage, and even good old-fashioned word of mouth.”

Why do some businesses criticise them?

BIDs are private limited companies which critics say means a lack of financial transparency and accountability.

BIDs have been criticised for doing jobs that have traditionally been under the remit of local councils, effectively taxing businesses twice.

An example might be buying 200 hanging baskets for Harrogate town centre, which could be argued should be done by Harrogate Borough Council through business rates.

They have also been criticised for being anti-democratic, controlled by a small group of influential directors.

Why Knaresborough BID ended in acrimony

Both Ripon and Knaresborough followed in Harrogate’s footsteps by balloting businesses about creating their own BIDs this year.

But the outcomes were acutely different.

Ripon’s ballot sailed through, receiving 70 votes in favour, out of 87 cast.

Whereas in Knaresborough there has been bitterness and acrimony after businesses voted to reject setting up a BID by 80 votes to 73.

In the fallout from the vote, Knaresborough chamber of commerce leader Steve Teggin resigned and said he had “failed” the town by not delivering the BID.

However, some businesses in Knaresborough believe the town is doing fine without a BID. Harrogate Borough Council had a block vote of 29, and those against the BID said this meant the vote wasn’t as close as it appeared.

Knaresborough Liberal Democrat county councillor David Goode told the Stray Ferret he was “extremely disappointed” at the result, which he said will put the town at a disadvantage against Harrogate, Ripon and York, who all have BIDs.

He blamed a national pressure group called Against BID for whipping up anti-BID sentiment among businesses.

A spokesperson for Against BID responded:

“It’s disappointing how a councillor along with the BID proposers are still putting blame on everyone else except themselves, for their failure to deliver the result they wanted. This again demonstrates the contempt with which the great businesses of Knaresborough have been treated throughout the BID development process.

“The Knaresborough business owners are intelligent enough to have made up their own voting decision based on the strength of the BID proposal put before them”.

Why Ripon is excited about its BID

Whereas in Ripon, there was a more unified feeling that a BID would be able to tie together the various tourist attractions such as the ancient Market Square, Fountains Abbey and Newby Hall to benefit the wider local economy.

Some businesses in Ripon have previously complained that Harrogate Borough Council has prioritised its crown jewel of Harrogate over their city.  A BID would, in theory, give more power and money to local businesses to control their own destiny.

Ripon BID will have an annual budget of £160,000 over the next five years.

Ripon BID chair Richard Compton, who owns Newby Hall, told the Stray Ferret he believes the BID will give the city a big boost :

“The aim is to promote and make Ripon more attractive as a retail and tourism destination and the BID can help in a number of ways.

“The signs are looking good and I’m feeling confident about the future.”