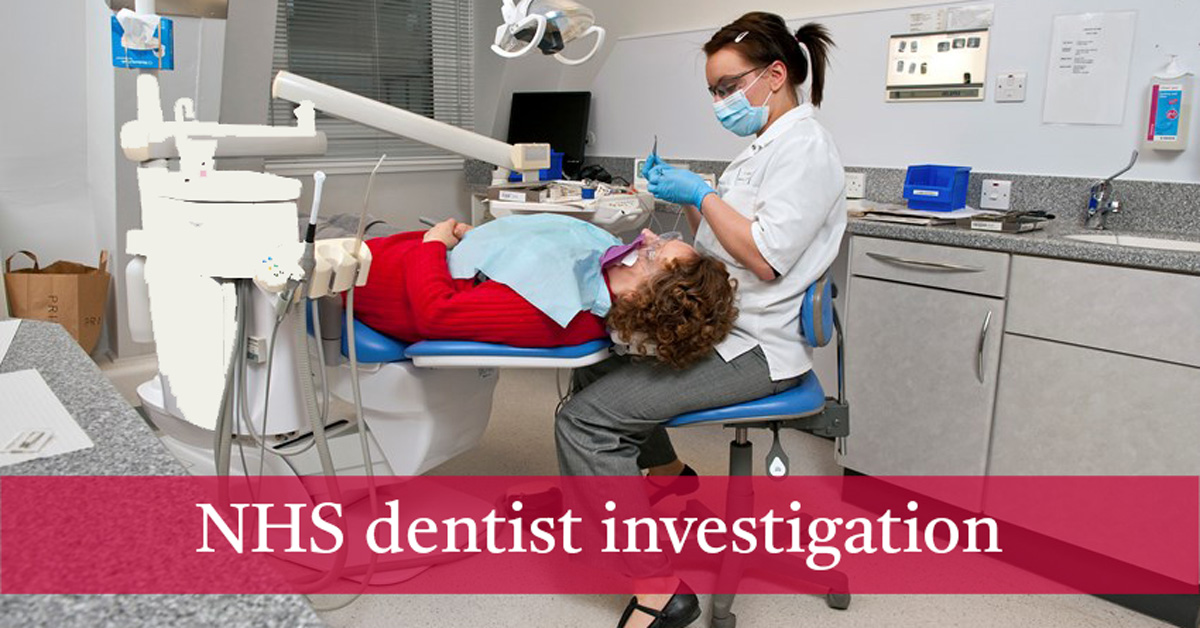 An investigation by the Stray Ferret has found that just two NHS dentists in the Harrogate district are accepting new patients — and both have a waiting time of at least two-and-a-half years.

Our investigation reveals how acute the problem of dental care is for people on low incomes in the district.

We looked into the availability of free NHS services at the 18 Harrogate district dental practices listed on the NHS website.

We found of the 18 only MyDentist in Knaresborough and AW Jones Dental Practice in Boroughbridge are taking patients — with wait times of two and a half years and three years respectively.

The situation looks like it will get worse: Chatsworth House Dental Centre, one of the few dentists in the area providing NHS services, is proposing to close and move its NHS patients to a dental practice in Starbeck. Chatsworth House has not yet made a formal approach to the NHS but it has revealed its plans in letters to patients.

John Ennis, a Conservative councillor who represents Harrogate Stray on North Yorkshire County Council, and chair’s the council’s scrutiny of health committee, told the Stray Ferret that Harrogate and Knaresborough are some of the worst affected areas in the county. He added:

“I have been on the scrutiny of health committee for the last seven years and it has been an issue bubbling along for all of that time.

“Coronavirus has made the issue worse. Between June and December last year the NHS only expected dentists to carry out 20% of their usual appointments.

“That should increase to 45% soon but that is still too low. Dentists do have to clean between patients, given the nature of their work, so that has created delays.

“Harrogate and Knaresborough has a particular problem. While I am not entirely surprised by your findings, I do think that those delays are shocking.

“We have just started to investigate the provision of NHS dentists in North Yorkshire. I am currently trying to gather as much information as I can.

“I will then prepare a report and share my findings at the next committee meeting in June.”

Cllr Ennis added the county council only has power to scrutinise when a practice proposes a closure. He suggested the committee would have greater powers if the proposed reorganisation of the NHS devolved decisions on NHS dentistry to a more local level.

The provision of NHS dentists has been a contentious local and national issue for some time.

Healthwatch England, the national watchdog, has said the coronavirus pandemic has stretched services to crisis point and even forced some patients to attempt their own treatments.

The BDA found in October that NHS dentist treatments were at a quarter of the level prior to the coronavirus pandemic. It also found that dentists face an uphill struggle to catch up because they missed more than 14 million appointments in 2020 than the previous year.

A Healthwatch England survey of 1,300 people found that 73% said it was difficult to access help and support when they needed it. Many were only offered private treatment.

The accompanying report also suggested that the scarcity of information about whether dentists were taking NHS patients was ‘a real problem and is masking a potentially bigger issue’.