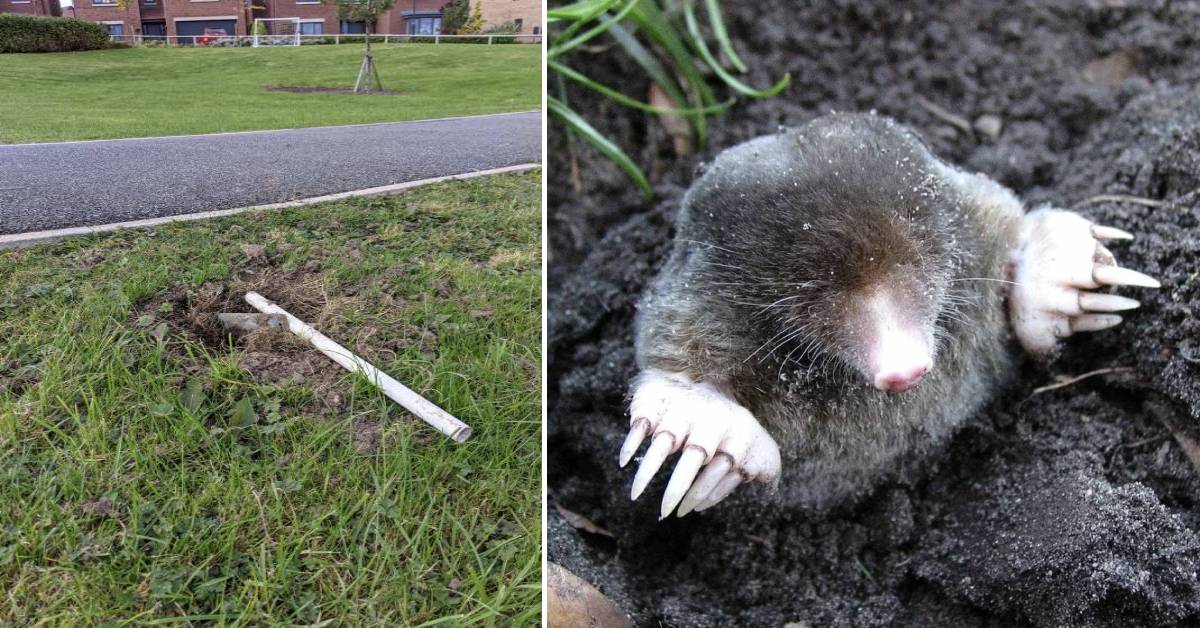 One moletrap (left) has been placed near a footpath.

Moles are among the UK’s most elusive mammals. They spend most of their lives underground, leaving only molehills as signs of their presence.

About four weeks ago, eight traps appeared on the Cricketers View development after the number of molehills increased.

Some traps were set-up close to footpaths used by families and dog walkers. They were marked with small white sticks, which residents believe are inadequate because they are easy to fall over, making them harder to see. 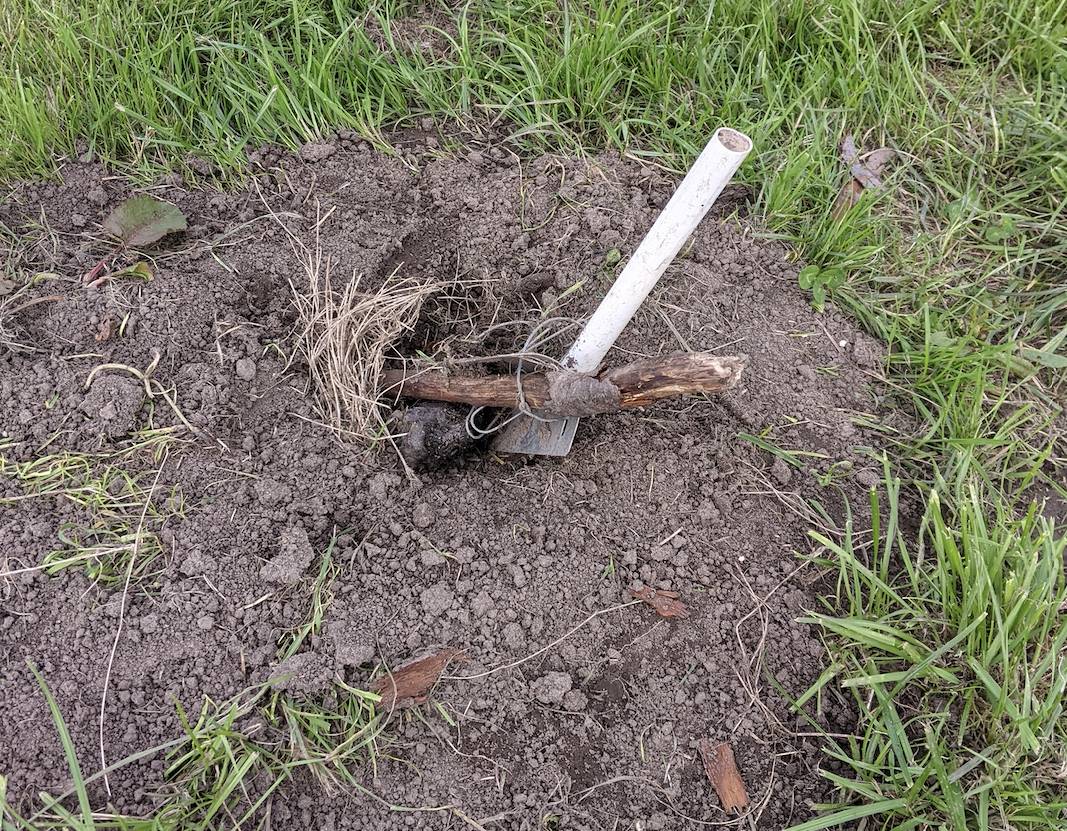 White sticks have been used to mark the traps.

Modern mole traps are legal and have a spring inside them that crushes and kills the mole when it enters.

One resident, who asked not to be named, said the traps were “dangerous” and could hurt more than just moles.

“At the moment residents are furious over mole traps that have been left around Cautley Drive in KIllinghall. These are up and down some of the main walking paths and sit close to where some of the kids play football and they’re only marked with a nondescript white stick.”

“Some holes have parts of the traps sticking out of the ground and when they’re set off they look less than safe for dogs and small children.”

The RSCPA does not recommend the use of traps and says if you have moles in your garden, removing or flattening the molehills will solve any unsightly problems. Frequent lawn mowing, children playing and other noisy activity can also help to deter them.

A spokesperson for First Port, which manages the estate, said:

“We have been in regular contact with residents, as well as our pest control contractor, to resolve the issue of moles at Cricketers View. “We have been assured that the working parts of the traps are buried safely underground, with white sticks visible to indicate their locations. Following feedback from residents, our contractor will also be covering the top part of the traps throughout the remainder of their use, which we hope will provide further reassurance.”

Some residents have approached Harrogate Borough Council with their concerns about the traps.

A Harrogate Borough Council spokesman said it was looking into the matter.