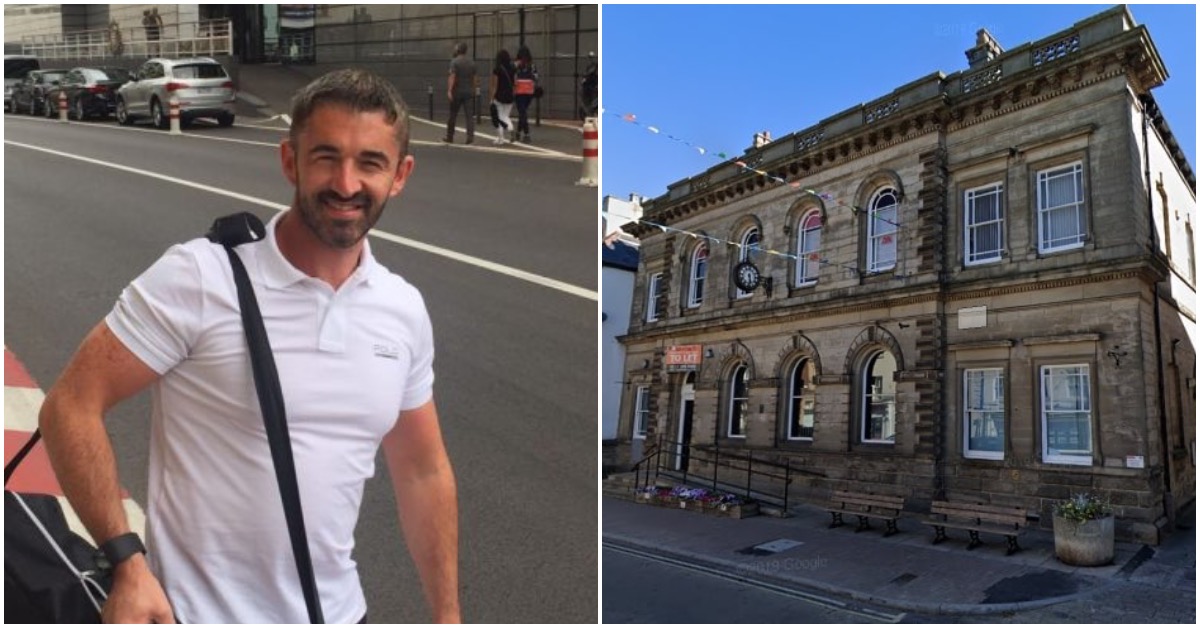 Mark Holmes, the man behind the venture

A Knaresborough man is set to turn the former Natwest building on the high street into a cafe and physio rooms.

Mark Holmes is a sports therapist, working out of clinics in Knaresborough and Harrogate but with planning permission approved he can now move his business into the previously unused building.

The size of the building allows for three treatment rooms, a takeaway hatch and a cafe fit for 50 covers.

Mr Holmes said the main driving force behind the cafe was to give people in Knaresborough a bigger space to go for food, he said in Harrogate there are so many places for people to choose from and he felt this was missing in Knaresborough.

As a well-known town landmark, Mr Holmes has chosen to reflect the building’s history and the year it was built and call the cafe 1858.

“Knaresborough has lots of beautiful tea rooms but I just felt we needed a bigger cafe in town, rather than people feeling like they had to go to Harrogate for that. The ethos is to introduce something new to Knaresborough offering a fusion between healthy and traditional food.

“Also, as a parent, I wanted a place big enough for pushchairs. I love where I live but I felt Knaresborough was missing somewhere like this.”

The physio rooms are separate to the cafe area and the plans also include a bike storage area in a former safe and outdoor seating at the back of the building.

Mr Holmes said the coffee he will serve will be the one he developed alongside Sheffield Hallam University.

After years working with athletes he decided to make his own performance coffee, Amunra Coffee, which he said has up to 200mg of caffeine per cup compared to 90mg in normal coffee.