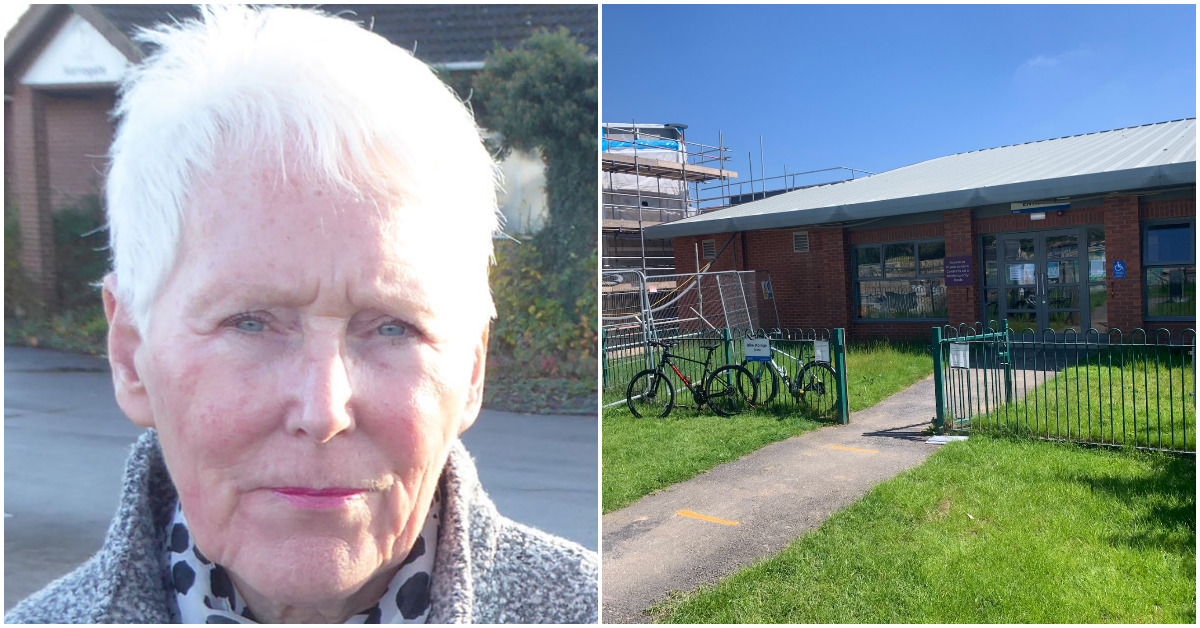 Pat Marsh and the leisure centre in Ripon.

The leader of the  Liberal Democrats on Harrogate Borough Council has called for an independent investigation into the building of Ripon’s new swimming pool and existing leisure centre after a leading authority on ground stability in Ripon raised serious safety concerns.

Earlier this week the Stray Ferret revealed that geologist Dr Alan Thompson, an expert on the city’s long-standing gypsum and sink hole problems, had sent a strongly worded letter to councillors to highlight his concerns.

His letter referred to an inspection carried out by global consultancy firm Stantec into a “cavity” that appeared near the entrance to the existing leisure centre building in September 2020.

Dr Thompson wrote that he had to intervene as he feared Harrogate Borough Council  was not taking ground stability issues raised within the inspection seriously enough.

Read our exclusive report about Dr Thompson’s concerns and the Stantec report.

Cllr Pat Marsh, who is the leader of the Liberal Democrats on Harrogate Borough Council, told the Stray Ferret:

“I am not a geologist or engineer but when I read that report I did see that there were some concerns about the leisure centre. I hope they are being addressed.

“That site has always been a concern. It was not easy reading. We need to do a thorough investigation because we are putting lives at risk if we don’t.

“I am now beginning to think fresh eyes would be good to make sure it is safe. We can’t just push this to one side, it is a serious issue.”

Cllr Pauline McHardy, of Ripon Independents whose ward the leisure centre falls under, said she was “very concerned” by the report.

“I think its is very concerning, they [the council] are spending an awful lot of money on it.

“What also concerns me is that who is going to responsible for it if we go to a unitary authority?”

Cllr Stan Lumley, who is the conservative cabinet member for culture, tourism and sport, told the Stray Ferret what he made of the report:

“It’s a tricky one really. Obviously we are absolutely committed to building the new pool and renovating the existing leisure centre.

“There is a history of ground conditions we were completely aware of. We had taken professional advice to mitigate as far as possible any problems on the site.

“We have invested a great deal of money to get the area safe and prepared for construction. We are now investigating and will address any issues that come up.”

“Given the well-known ground conditions in Ripon, we employed qualified and experienced geologists and geo-technic engineers to carry out necessary investigation works and advice on what would be required to provide this much need facility.