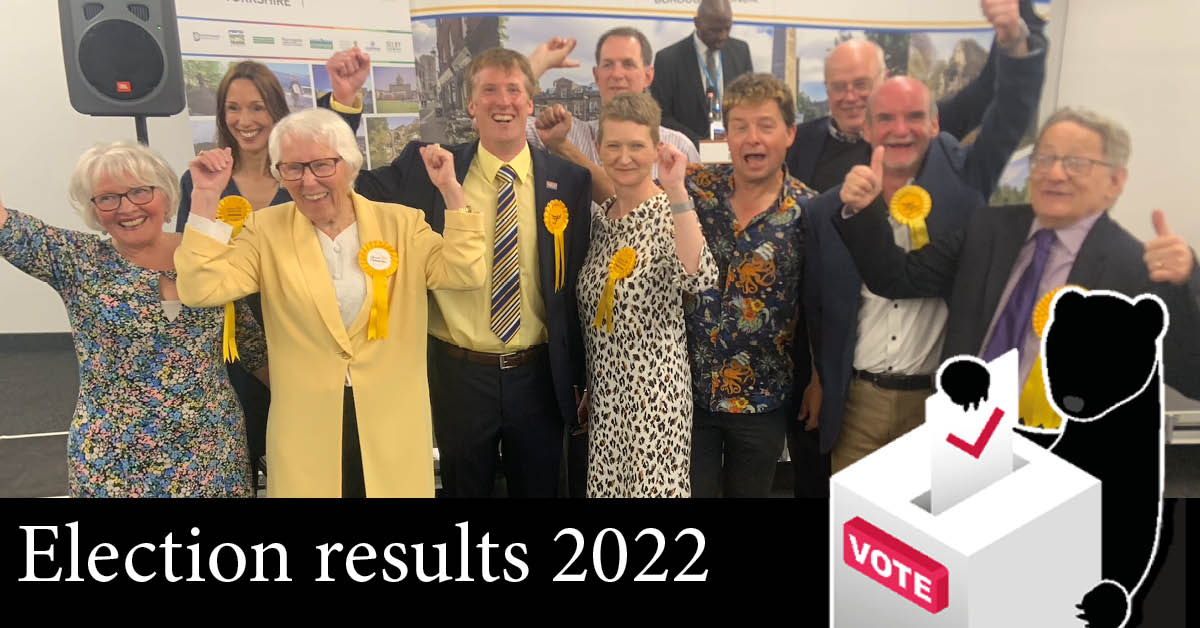 Jubilant Liberal Democrats are celebrating after winning the most divisions in the Harrogate division today.

But the Conservatives won enough divisions across the county overall to secure control of the new North Yorkshire Council.

Ten Liberal Democrat councillors were elected in the district, compared with nine Conservatives, one Green and one Independent.

Pat Marsh, leader of the local Liberal Democrats, said the result meant her party would take control of the Harrogate and Knaresborough area committee.

This means the Liberal Democrats could have a bigger voice on issues such as planning and highways. Cllr Marsh said:

“It’s a pleasure to see some really good people elected to the council, who want to represent their communities rather than just hold the title of councillor.

“Liberal Democrats will have a stronger voice and we will work with others.”

Matt Walker, who was elected for the Liberal Democrats in Knaresborough West, said:

“We had a plan and exceeded what we were aiming for. We will be able to influence things more.” 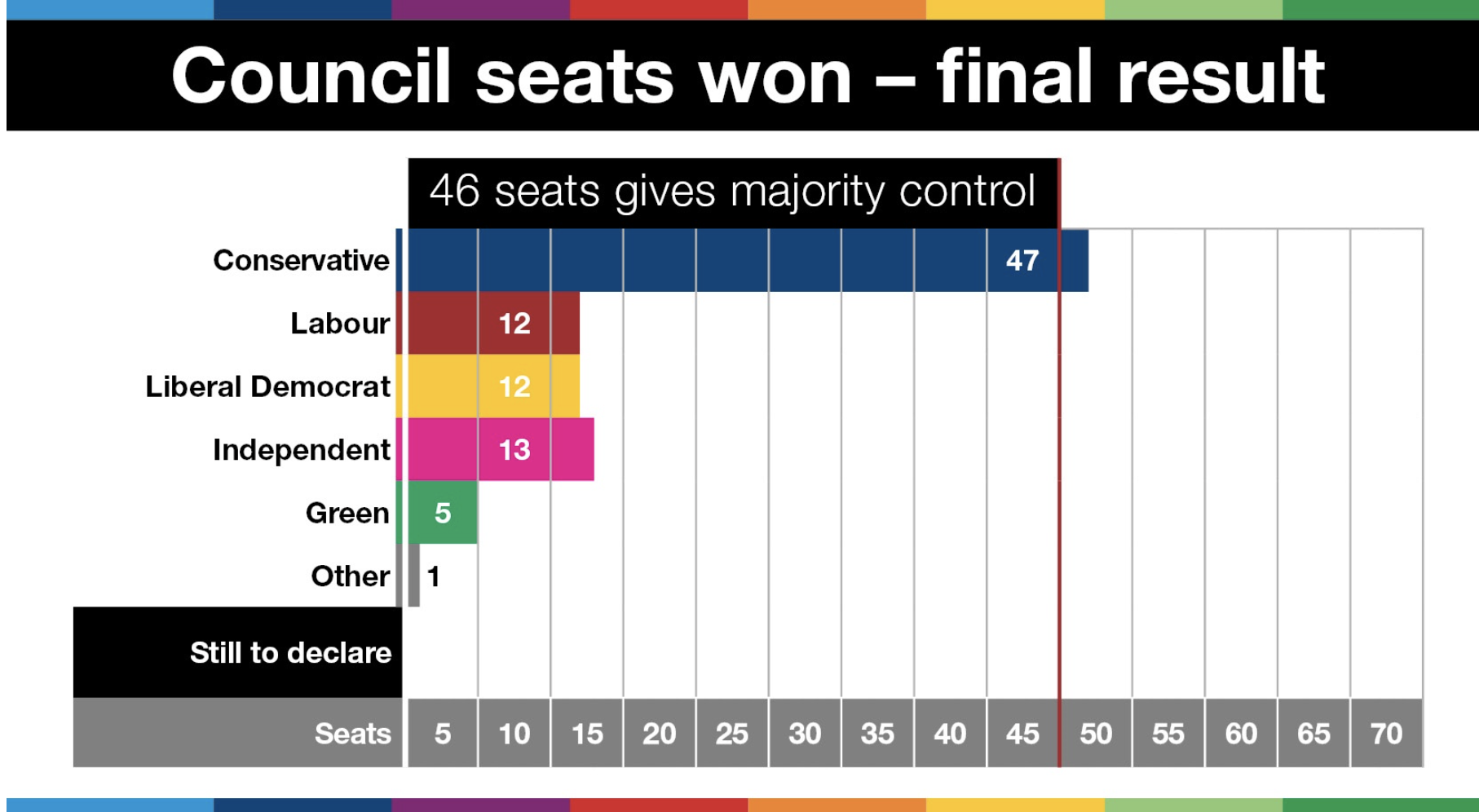 Across the county as a whole, the Conservatives won 47 divisions — one more than required for an overall majority.

Independents won 13, the Liberal Democrats and Labour both won 12, the Greens won five and the Liberal Party won one.

We will have further reaction and analysis from the local elections shortly.