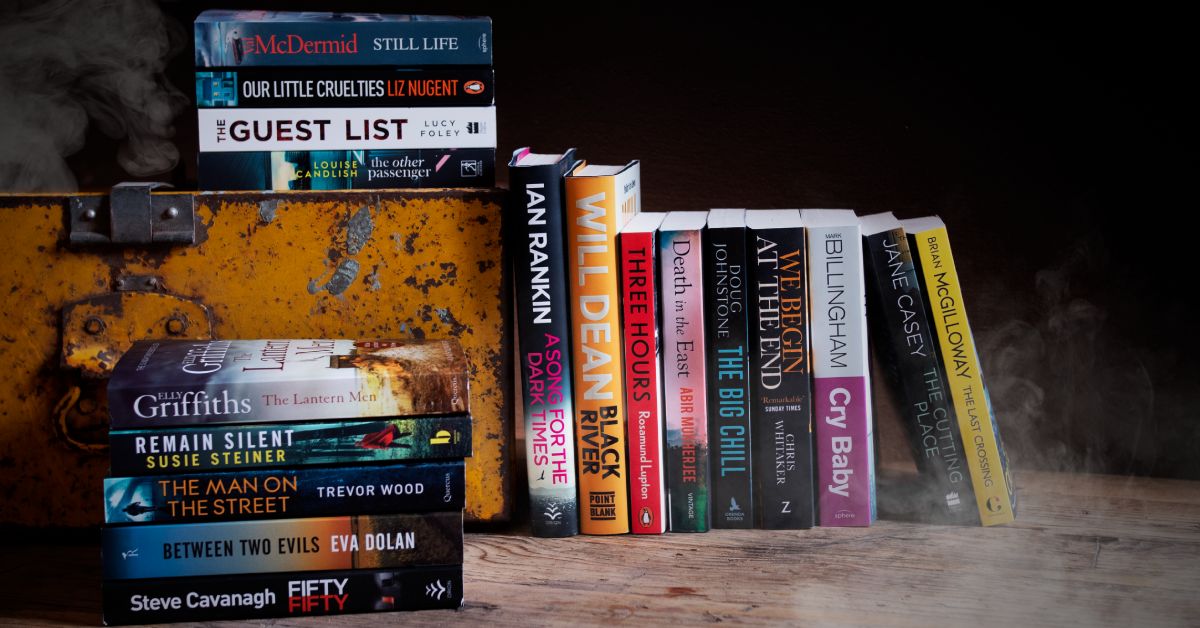 Ian Rankin and Mark Billingham are among those on today’s longlist for the Theakston Old Peculier Crime Novel of the Year award.

Organised by Harrogate International Festivals, the award is widely regarded as the most prestigious in crime fiction.

This year’s 18-person longlist transports readers around the world from California to Sweden and Calcutta to a remote Irish island and explores every subgenre from Scandi noir to murderous families.

The line-up of returning champions is led by crime fiction titan Ian Rankin, who has received a nod for his A Song for The Dark Times, Mark Billingham, hoping for a third win with his Cry Baby, and Steve Cavanagh looking to beat the competition with Fifty Fifty.

Elly Griffiths has received her seventh nomination for The Lantern Men.

New names include Lucy Foley with her number one Sunday Times Best Seller ‘The Guest List’ and Chris Whitaker with ‘We Begin at The End’.

The winner of the awards, which are being held for the 17th year, will be announced on July 22 at the opening evening of the Theakston Old Peculier Crime Writing Festival.

People can vote for the winner here.

The winner receives £3,000 and a handmade, engraved beer barrel from Theakston Old Peculier.

The full longlist for the Theakston Old Peculier Crime Novel of the Year 2021 is: