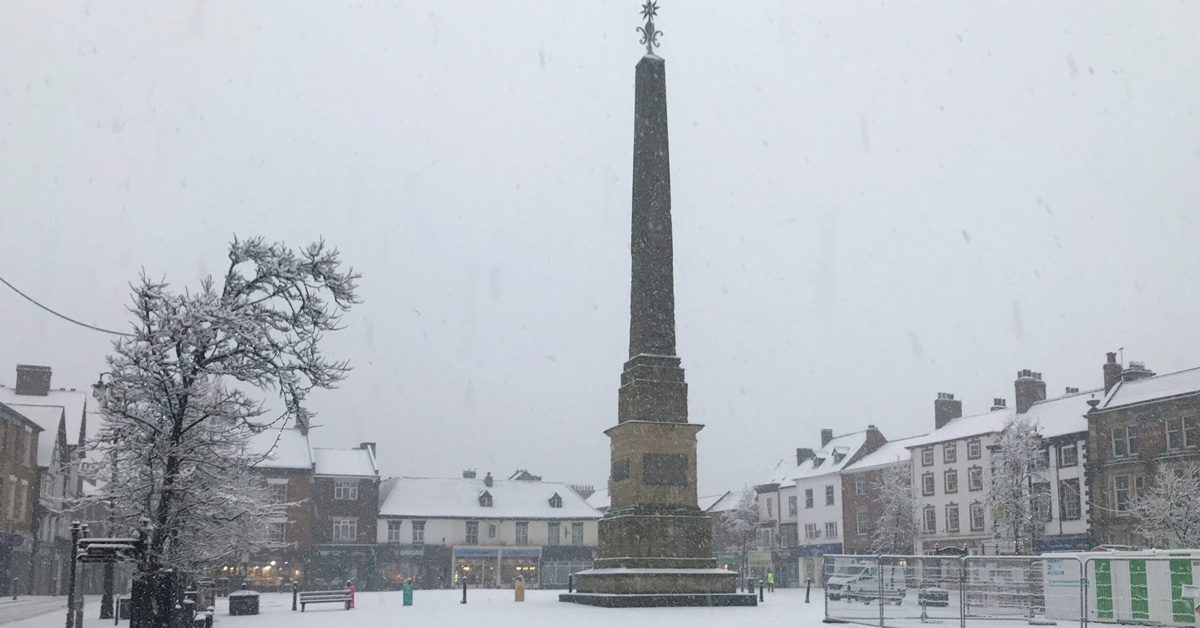 The intervention of a Ripon retailer may have saved the life of a man who was set upon by two vicious thugs in broad daylight.

The attack took place last Tuesday afternoon and is the latest in an escalating series of violent incidents involving gangs who are terrorising the city streets.

With early morning snowfall covering pavements and Ripon Market Square the youths – most of them wearing hoodies and track-suit bottoms, had the ‘ammunition’ they needed to pelt cars as they turned into Market Place West.

The retailer, who wishes to remain anonymous, told the Stray Ferret:

“They were packing the snow into ice missiles and throwing them at passing cars.

“Then they hit a pedestrian on the back of the head and when he turned to remonstrate with them, two of the thugs set about him.

“As I came out of the shop, the man was on the ground and one of the youths was kicking him in the head, while another was stamping on his face

“I thought that they were going to kill him – I shouted at them and they ran off.”

“The youths, who were 16 or 17, towered over this poor man and overpowered him, taking him to the ground.

“It was shocking to see this happening in broad daylight on a Tuesday afternoon.”

Having scared off the attackers, the retailer tended to the man, taking him to safety in his shop.

“He was clearly shaken – I asked if he wanted me to ring for an ambulance and call the police to report the incident – but he asked me not to.

“He said he just wanted to get home.

“The following day the victim – a nice, quiet gentleman in his 50s, returned to the shop with visible bruises on his face and he thanked me for coming to his aid – he said ‘when they started kicking me in the head and stamping on me, I thought I was a goner’ – sadly this is what things are coming to in Ripon.”

Last week the Stray Ferret reported on a series of violent crimes that occurred in a short space of time during the previous weekend in the Bondgate area of the city.

Police put out an appeal for witnesses to come forward.