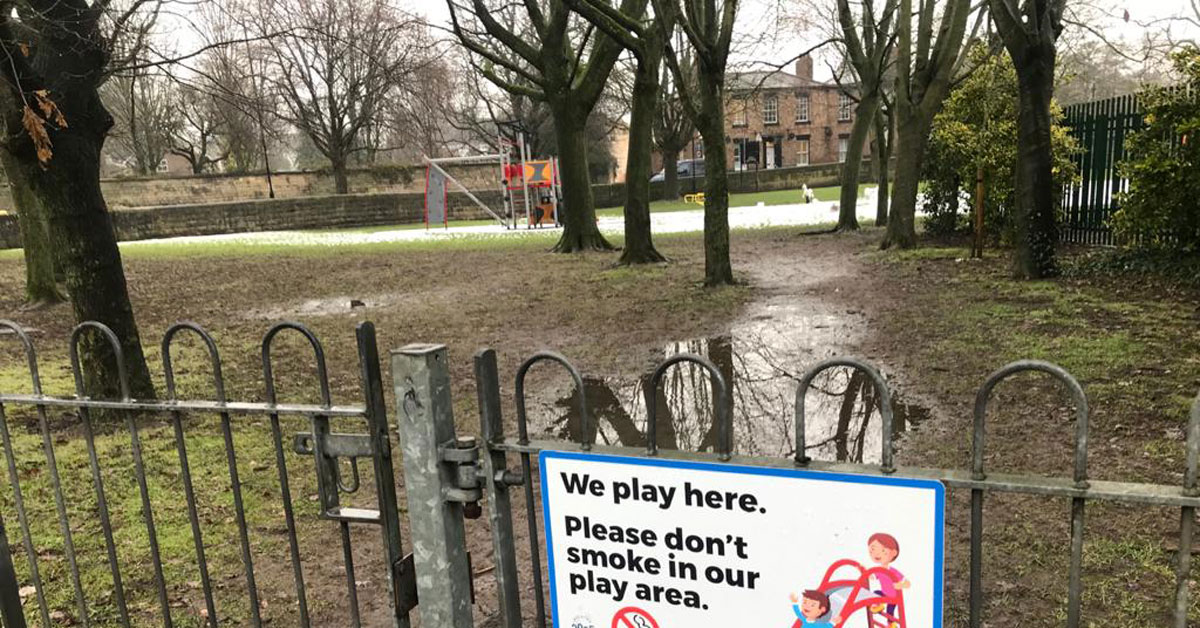 Millfield play area off Bondgate Green, where some of the young people gather.

Ripon residents have said they are too scared to go out at night because of teenage gangs.

Fear of crime and anti-social behaviour in the city has escalated in recent months.

Matters came to a head on Sunday evening when police responded to five incidents in three hours.

They included reports of a man with a machete, a robbery, thefts and gang activity.

It is getting too much for some locals, prompting councillors to call for urgent police action.

North Yorkshire Police has said it will increase patrols following the latest incidents. But some believe there are not enough officers on the streets to cope.

“This has got much worse. I have lived in Ripon all my life and we have never had this level of trouble before. They should be ashamed of themselves.

“Many residents are frightened to leave their homes. These people are terrorising the city, there is no other word for it.”

Stephen Craggs, owner of electrical firm G Craggs, which is based opposite the bus station where some of the young people gather, said:

“This is not like they are just scaring little old ladies. I had just parked at the shops when there was a group of teenagers drinking.

“They just brushed passed me but it was quite intimidating. You don’t know if they have a weapon or what they are going to do.”

“Ripon used to be a really quiet and lovely place to live. This is just not on. It is getting really violent now. I think the lockdown has made it worse.

“They are terrorising people. We have a lot of elderly people who live here and they are petrified to leave their homes.”

Ripon City Council is set to have a meeting with North Yorkshire’s police, fire and crime commissioner Julia Mulligan to discuss concerns and respond to pleas for more police.