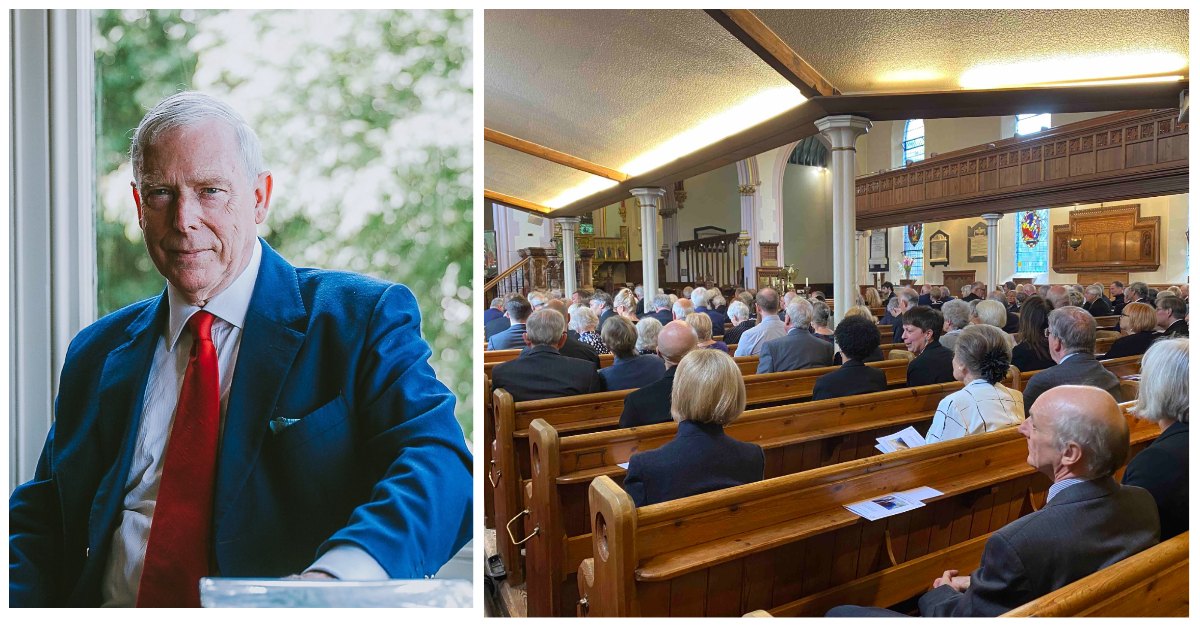 The funeral of much-loved Harrogate historian, Malcolm Neesam, took place this afternoon at Christ Church on the Stray.

The humanist service saw friends and family pay tribute to Mr Neesam, whose work to document and archive the history of Harrogate has been so admired.

Mr Neesam wrote some of the most comprehensive histories of the town. His last chronicle Wells and Swells: The Golden Age of the Harrogate Spa 1842-1923, was published in April.

He died in the early hours of his 76th birthday.

In her introduction the celebrant, Michelle Burns, talked of Mr Neesam’s “devotion to conservation” and how his family and friends were so important to him.

Amongst those who spoke were friends Edward Barnwell and fellow Harrogate historian, Anne Smith.

Mr Barnwell said Mr Neesam “had been an important part of my life. Harrogate has lost a great man, I have lost a dear friend.”

Professor Paul Jennings said Mr Neesam’s work had been a “magnificent achievement” and that very few English cities and towns had a historian like Malcolm Neesam.

At the wake after the service, Stuart Holland, of Harrogate Civic Society said Harrogate Borough Council had committed to creating a lasting memorial to Mr Neesam, but a decision on what that would be was yet to be decided.

He also said that the civic society was keen to work with others to erect a plaque in the town in his memory.