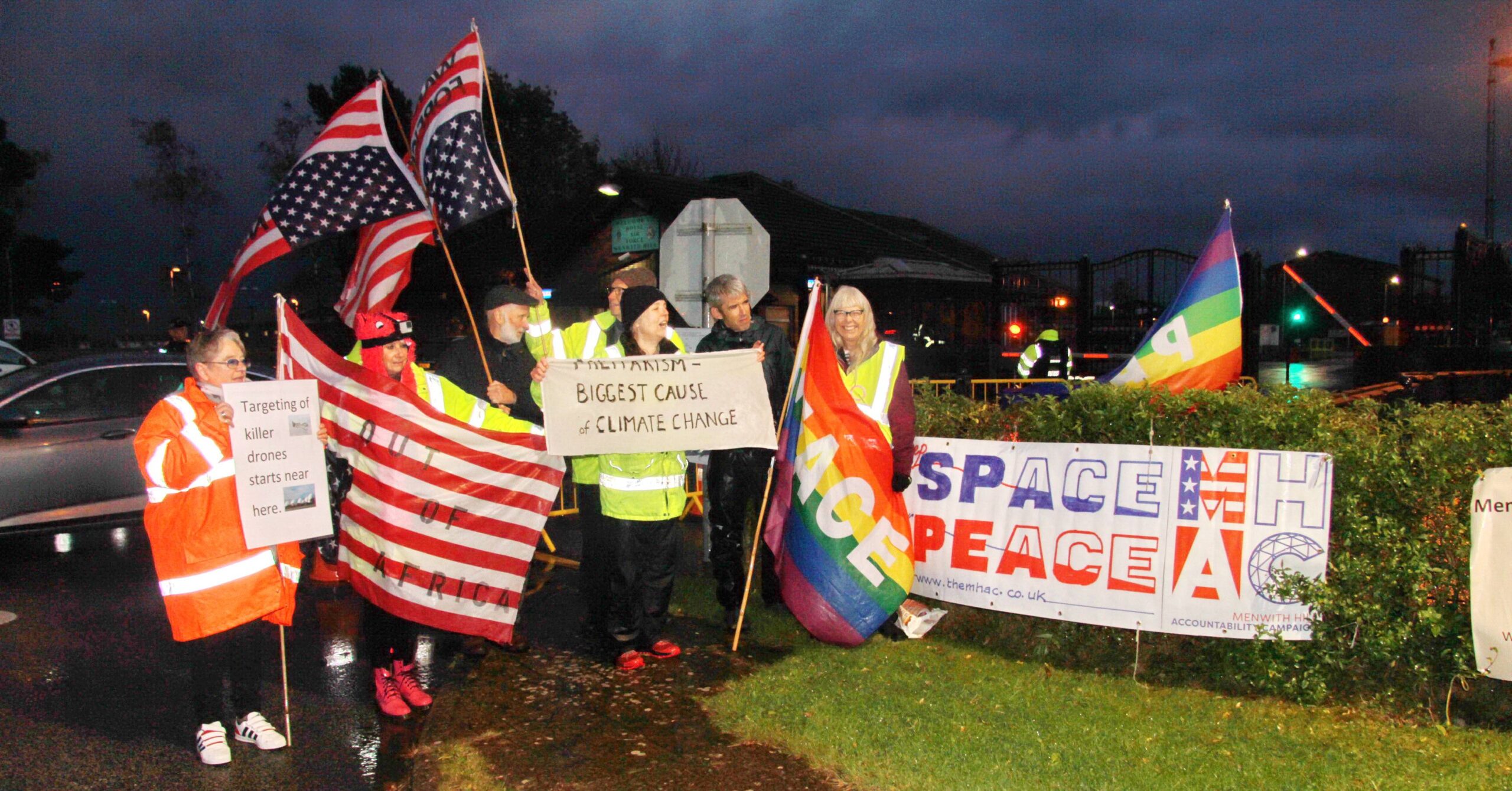 Protestors outside Menwith Hill in 2019

A protest will take place tomorrow both online and outside Menwith Hill against what campaigners say is the increasing “militarisation of space”.

It’s been organised by the Menwith Hill Accountability Campaign (MHAC) and the Yorkshire branch of the Campaign for Nuclear Disarmament (YCND). The event will include speakers, film, and an online link with protesters at the base.

The event forms part of “Keep Space for Peace Week”, which aims to highlight concerns about the US Space Force, a new branch of the US Armed Forces.

One of the speakers, Will Griffin, will be showing extracts from his recent film about the role of Menwith Hill.

Built in the 1950s on the edge of Nidderdale, Menwith Hill is the United States’ largest overseas surveillance base. Giant radomes, or “golf balls”, are a distinctive feature of the site.

Since 2000, protestors have taken part in a weekly demonstration outside Menwith Hill, which has been halted due to lockdown.

In February this year, Harrogate Borough Council granted planning permission for the Ministry of Defence to build three new radomes at the site.