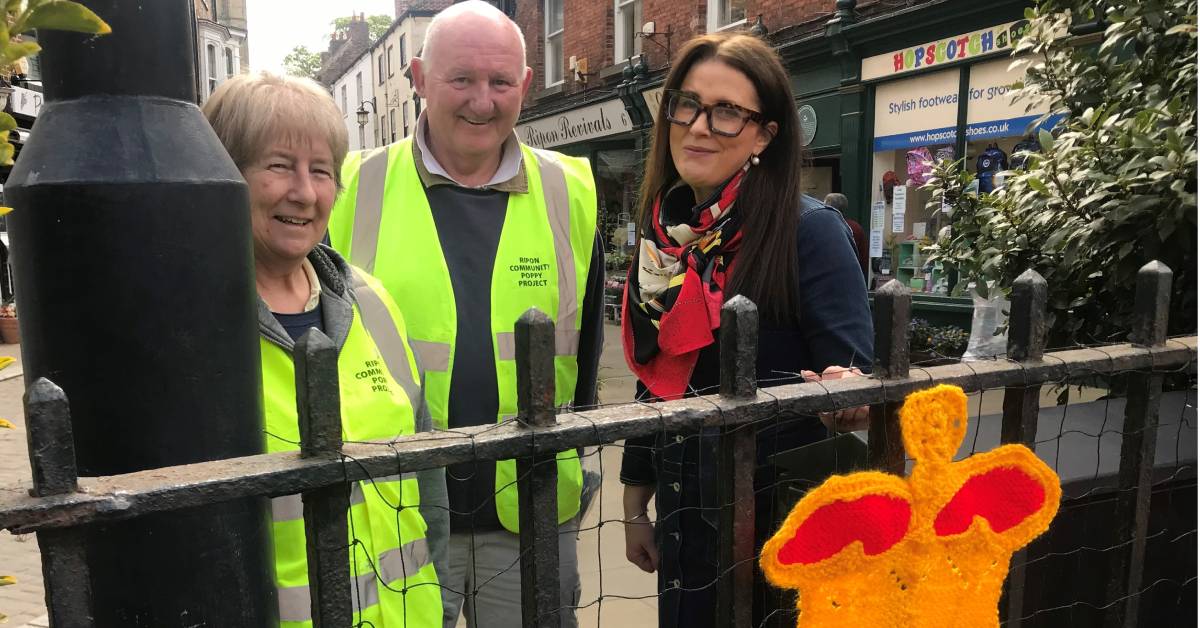 Jools Halliwell (Right) inspects the bunting on Kirkgate being put in place by Carol Dunkley and Cllr Stuart Martin, trustees of the Ripon Community Poppy Project

Volunteers have been making miles of bunting for the Queen’s jubilee for months and now Ripon Community Poppy Project has been putting it in place.

The project’s Knit and Natter team, with the support of women working from home, is ensuring that the city is ready for a right royal Bank Holiday celebration.

With the platinum jubilee just a month away, the painstaking task of installing their handiwork  started at the weekend. 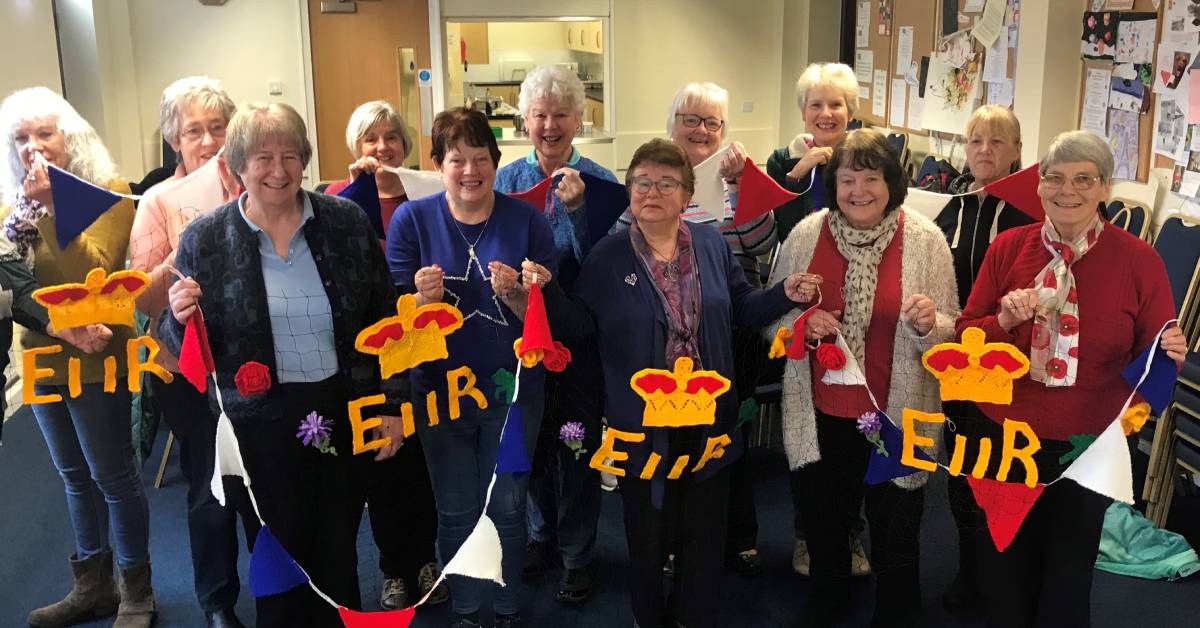 Hazel Barker (right) with members of the Knit and Natter team proudly display their handiwork.

Hazel Barker, who set up the community project with Councillor Stuart Martin, initially to create knitted poppy displays for the 100th anniversary of Armistice Day in 2018, told  the Stray Ferret:

“Our aim is to ensure that everywhere you look in the city centre and other key locations, such as the bus station and Spa Gardens, the bunting, will remind residents and visitors alike about the Queen’s remarkable  70 years of service to this country.

“With its royal and loyal theme, the design, consisting of golden-coloured lettering,  gold and red crowns and red, white and blue flags, is meant to catch the eye.” 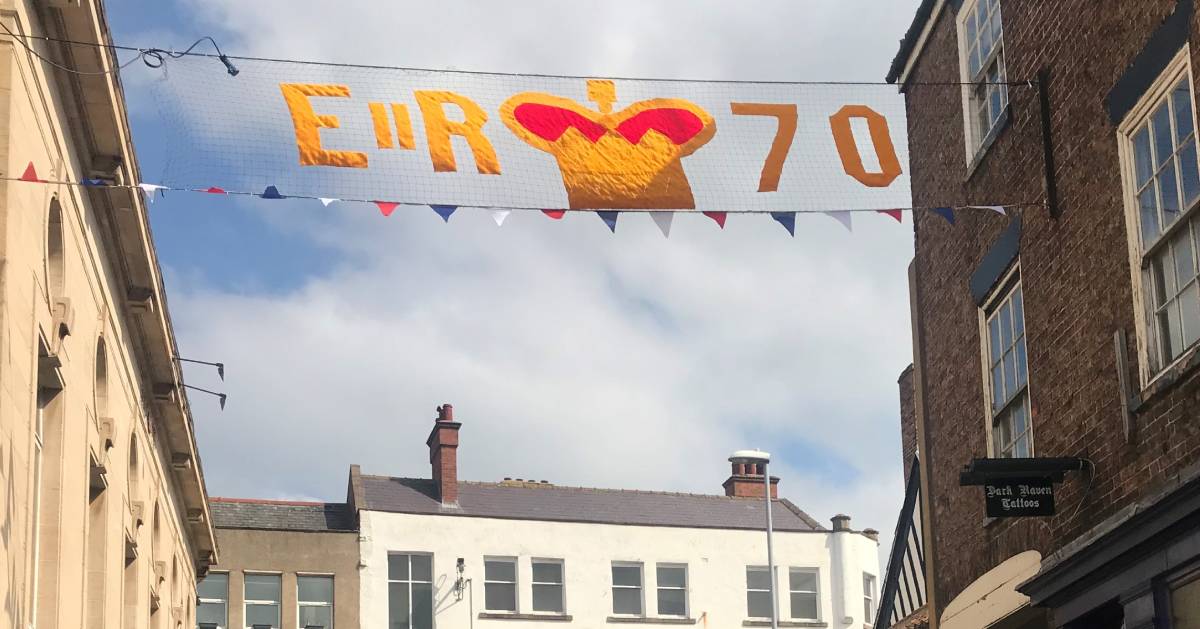 The unmissable bunting at High Skellgate.

With help from an army of volunteers, the decorations have been fixed to railings and buildings, including gateways such as High Skellgate, where a huge bunting banner flies high and proud at the junction with Westgate.

“I would like to congratulate Hazel and all of her team of tireless knitters for their magnificent efforts, both in making the bunting and putting it in place.

“There has already been positive responses to it from local residents, visitors, retailers and other businesses, who are playing their part in joining in the Platinum Jubilee celebrations.”

Jools Halliwell, who owns Kirkgate House – a home furnishings and decorations shop on the bunting-wrapped route to Ripon Cathedral, added:

“It’s fantastic to see everybody getting involved in what is going to be a massive event for our magnificent city.”