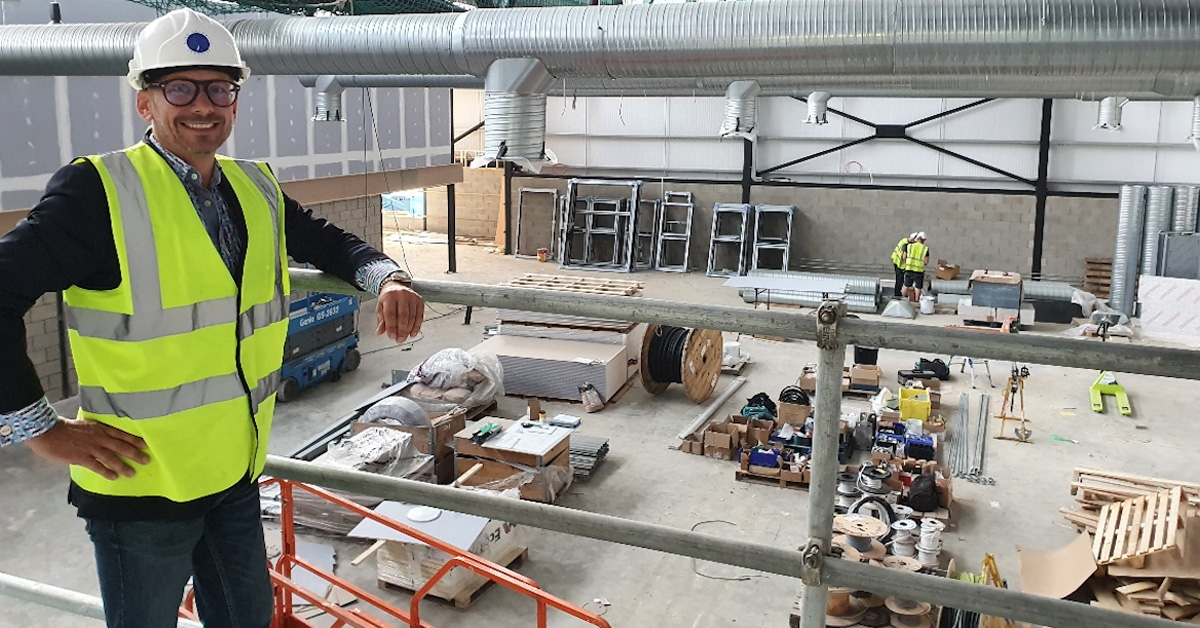 Zak Jones is the new head of food and drink at Crimple Hall.

Crimple Hall in Harrogate has appointed a director of food and drink to oversee a new restaurant as part of a £4 million refurbishment.

The family-owned business run by Graham and Tori Watson is expected to re-open in November.

Zak Jones, the former owner of The Chancery and The Clerkenwell Dining Room in London, has been hired to head up the restaurant.

As well as experience of running his own restaurant, Mr Jones has also worked alongside Marco Pierre White as general manager at L’Escargot in Greek Street Soho.

Alongside the restaurant will be a 7,500 square feet food hall and the existing garden centre. The investment has lead to the creation of 60 jobs.

“This is an incredible opportunity to build a first class restaurant with access to the best produce in the region and beyond.

“We have some really exciting plans for this remarkable venue and, as such, I am now looking for excellent restaurant team members to join me.”

The food hall will be open from 8am to 7pm. The restaurant and garden centre will open between 8am and 5pm – with the bar open until 7pm.