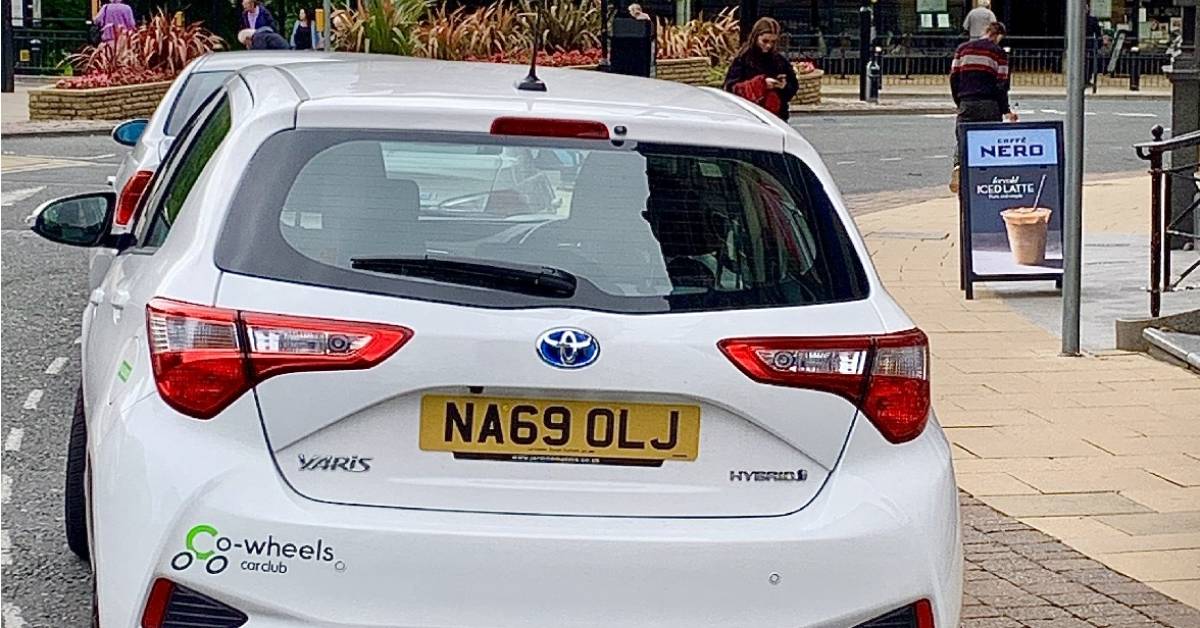 A car club vehicle for hire on Harrogate's Cambridge Crescent.

Harrogate Borough Council‘s car hire club has been used 927 times over the past year, with 100 members clocking up 38,590 miles.

The council launched the initiative in August last year in partnership with car club operator Co-Wheels. It aims to improve air quality and reduce carbon emissions.

The fleet of nine hybrid cars in Harrogate town centre offers pay-as-you-go hire ranging from 30 minutes to a week.

The council said in a statement the scheme has removed 2.9 tonnes of CO2 compared to driving personal cars.

Each car is based in a designated zone and comes with a parking permit that allows parking anywhere in Harrogate.

“Despite a difficult 18 months for everyone, the figures from the past 12 months are encouraging to see and show people have a desire to help reduce carbon emission across the Harrogate district.

“I hope more people utilise this scheme moving forward and reduce the number of cars in their household as well as the dependency of owning a car.”

“There’s a lot of great work going on to reduce carbon emissions in Harrogate and we are pleased to see membership increasing and usage of the vehicles start so strongly during the first 12 months.”