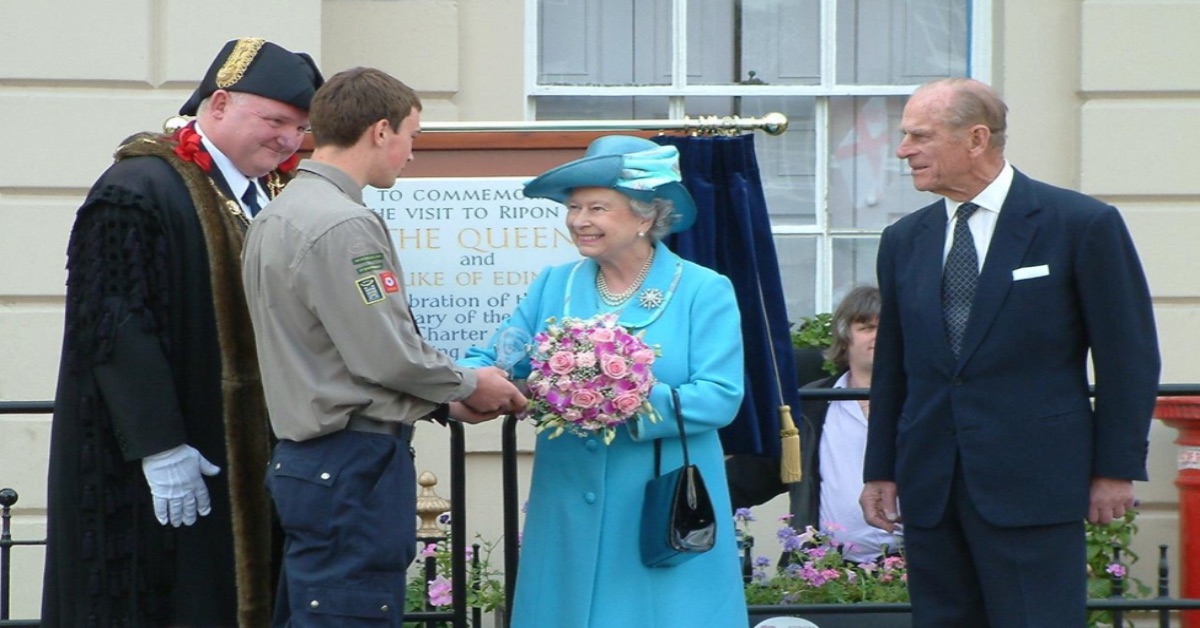 A new horn is being commissioned for the Ripon hornblowers to celebrate next year’s Platinum Jubilee.

The original Charter Horn was a gift of gratitude from Alfred the Great, recognising the way in which local people fought off a Viking incursion.

Further horns were added to the collection, including one presented to the city in May 2019, by Councillor Pauline McHardy, shortly before the end of her third term in office as the Mayor of Ripon.

The McHardy Quest Horn – so named because it came from a bull called Seterrington Quest – has been in regular use at the setting of the watch ceremony performed daily at 9pm on Market Square. 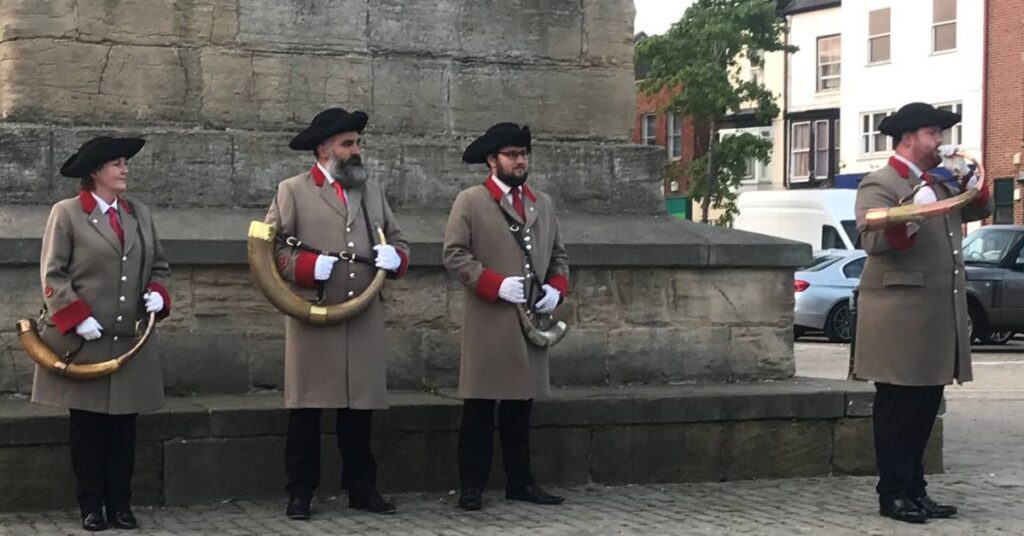 Ripon’s hornblowers at the obelisk on Market Square – from the left: Allison Clark, Patricio Maglio, Richard Midgley and Wayne Cobbett

The proposal to commission the new horn to mark The Queen’s 70 years of service to this country, was put forward by city council leader Andrew Williams and received unanimous support:

“This will be a fitting and lasting way of marking The Queen’s jubilee and will be considerably cheaper than the clock tower built to celebrate Queen Victoria’s Diamond Jubilee.”

“There are practical reasons as well, that mean we need to retire and replace our 17th century horn, which is becoming a bit the worse for wear.

It will be kept safe alongside Ripon’s other historic treasures.

As we have four hornblowers, each of them needs their own instrument to meet with covid and other hygiene regulations.”

The Alfred the Great Charter Horn of 886 remains a prized possession in the Ripon collection.

It was succeeded by the1690 horn, costing six shillings and eight pence and in 1886, to mark 1,000 years since the granting of Ripon’s first charter, the city received an African Ox Horn.

A further 100 years of Ripon’s history was marked in 1986 when an ox horn with ornate copper fittings was created by a local craftsman and financed and donated to the city by Sigma Antiques.

Ripon is proud of its hornblower tradition, which dates back 1,135 years and is believed to be the world’s longest-running daily ceremony.

During the covid lockdowns, which prevented them from appearing on Market Square, the hornblower team kept the custom alive by blowing their horns behind closed doors at their respective homes.