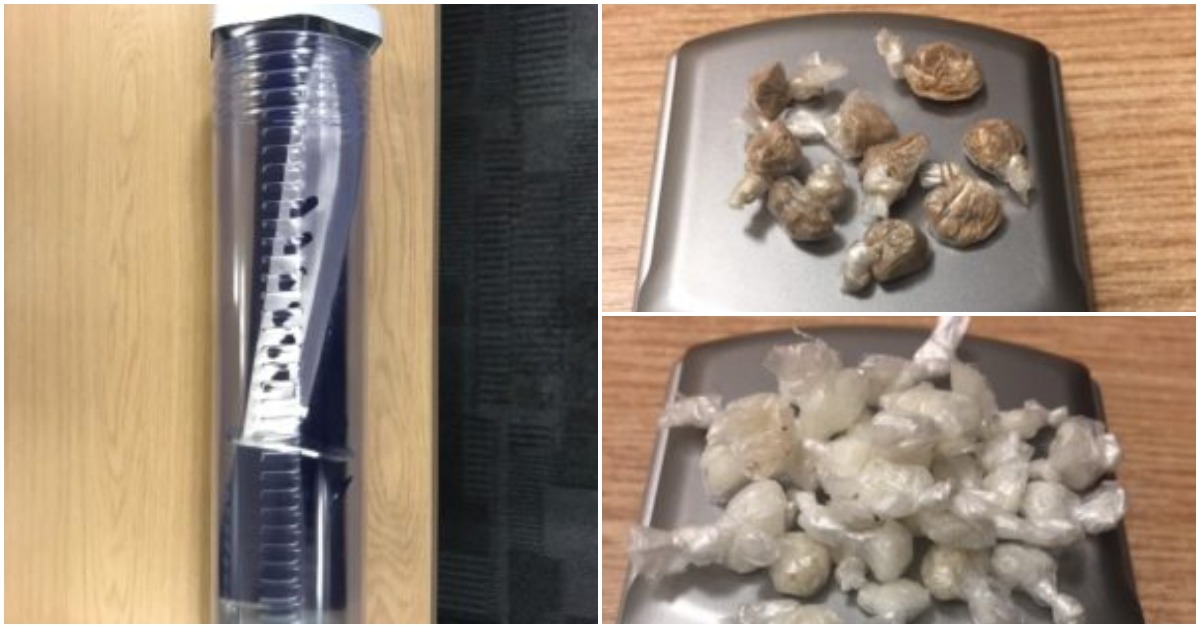 A hunting knife and two collections of suspected class A drugs seized by North Yorkshire Police.

As well as the arrests, cocaine and heroin to an estimated street value of £2,600 was recovered. Eight mobile phones, one large hunting knife, £500 cash and other drugs were also retrieved.

In one incident, two men were arrested after being found with 26 bags of suspected MDMA, also known as ecstasy, and cocaine in a pizza box. The 18 and 28 year old have been released while under investigation.

According to a press release by North Yorkshire Police, four county lines operations took place on four days in February and March.

Funding was given by the Home Office and the National County Lines Coordination Centre.

A total of 76 welfare visits were made to vulnerable people considered to be at risk of county lines exploitation. They were told how to spot the signs of county lines activity as many don’t recognises themselves as victims.

During one operation, officers arrested four teenage boys from Leeds, one aged 16 and three aged 17, who were believed to be staying with a vulnerable person in Harrogate in a practice known as cuckooing.

This is where drug dealers stay in the homes of vulnerable people while selling drugs.

One of the boys was charged with possessing heroin and crack cocaine with intent to supply and is awaiting trial. The other three remain on police bail while the investigation continues.

Another man, a 30-year-old from Southampton, was arrested in Harrogate. Officers found 11 wraps of suspected cocaine. He was also released under investigation.

“The safeguarding of vulnerable people continues to be a key focus of our work and these nationally funded days of action are very welcome, providing a boost to our existing proactive work, and allowing us to protect more people and disrupt more drug dealers.

“They also give us an opportunity the gather more intelligence about drug dealing. Members of the public can also help us protect vulnerable people by calling in information.”

Click here for help if you’re a parent or care and believe a child you care for is involved in drugs and drug dealing.

Spot the signs of cuckooing and exploitation