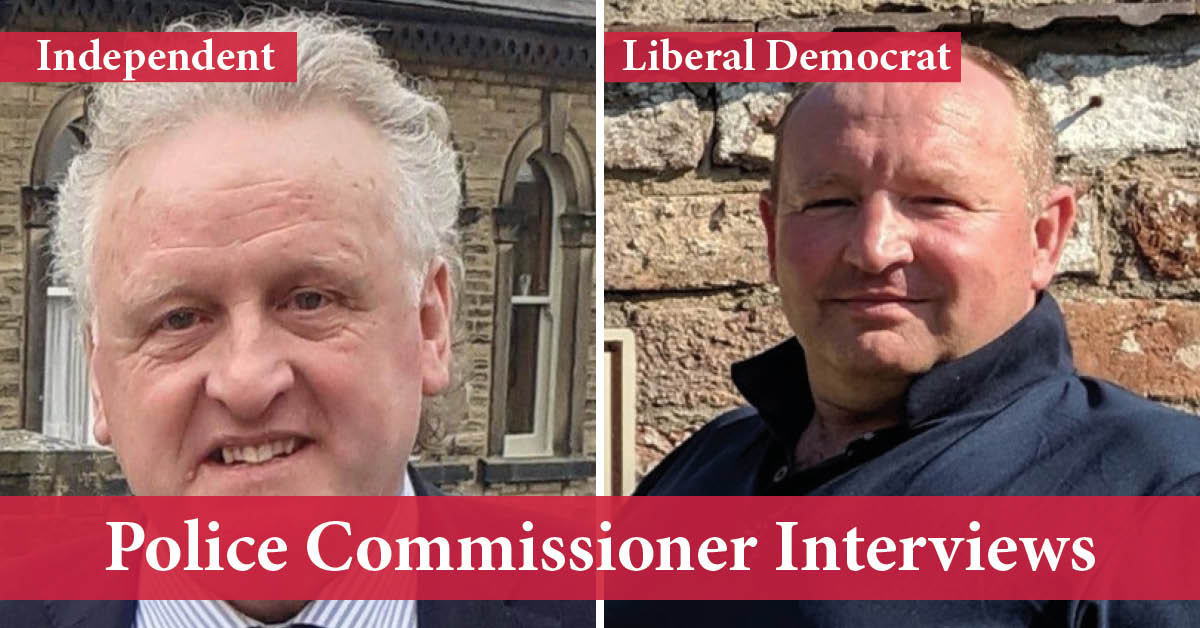 North Yorkshire residents are set to vote this week for the area’s first new police, fire and crime commissioner since 2012.

As candidates continue campaigning ahead of Thursday’s poll, they have spoken of what they view as the biggest tasks facing Conservative Julia Mulligan’s successor to ensure the best policing service possible is delivered.

The residents of North Yorkshire deserve both honesty from their commissioner and someone who will fight for a fair share of government funding, former police officer and bank fraud investigator Keith Tordoff says.

He says resources for both the police and fire services are spread too thinly across the county and highlighted that currently 13 road traffic patrols are expected to police more than 6,000 miles of roads.

“A lot of areas will not be being covered by the police. We have to be honest about it.”

He said upon being elected as commissioner, he would use his business and community experience to immediately hold a series of meetings with a range of bodies and the public to examine how the county could be made a safer place to live, work or visit.

When asked if he viewed North Yorkshire as a safe place, he said:

“I think a lot of people don’t feel safe because they hear about county lines drugs coming across the borders into North Yorkshire.

“Up until restrictions were brought in last year rural crime had vastly increased, which affects large swathes of North Yorkshire with its isolated communities and properties. Those people certainly don’t feel safe and to some degree feel let down because the rural taskforce is not sufficient to cover the vast area.”

He said as an Independent commissioner, he would be free to work with anybody and would not have to toe any political party’s line.

Dispensing with the police, fire and crime commissioner and handing oversight of the services to councils would free up £1m annually to fund vital equipment and facilities, says former RAF officer James Barker.

He said the incoming commissioner’s greatest challenge would be in trying to deliver a service that has had “massive underinvestment over the years, but the challenges have forever been increasing”.

“There’s a tipping balance and I think it’s not in favour of the police or fire service at the moment.

“I would be looking to try to bring that balance back into kilter through a mixture of working smarter, not harder, working more collaboratively and with more agencies, how we balance the books.”

While he said he would prioritise cutting call answering times on the police non-emergency phone number, he would look to increase crime prevention action by working with agencies such as councils to tackle the causes of crime.

“Let’s stop fighting these fires individually and stop and build a fire service and work hand in hand rather have little pockets of people trying to do the best they can with these ever dwindling resources.

“We don’t get a fair crack of the whip being up north. I want to see a more developed system of Rural Watch. It’s a fantastic county we live in, but it’s awfully big and awfully rural and we can’t be everywhere all the time. I think sometimes it’s beholden on the landowner to be a little more proactive within certain bounds clearly in terms of reporting crime.

“Once we can identify a pattern we can have targeted intelligence to tackle the crime could you can spot trends and patterns and you can send resources.”

Tomorrow we will feature the Labour and Conservative candidates for North Yorkshire Police, Fire and Crime Commissioner.