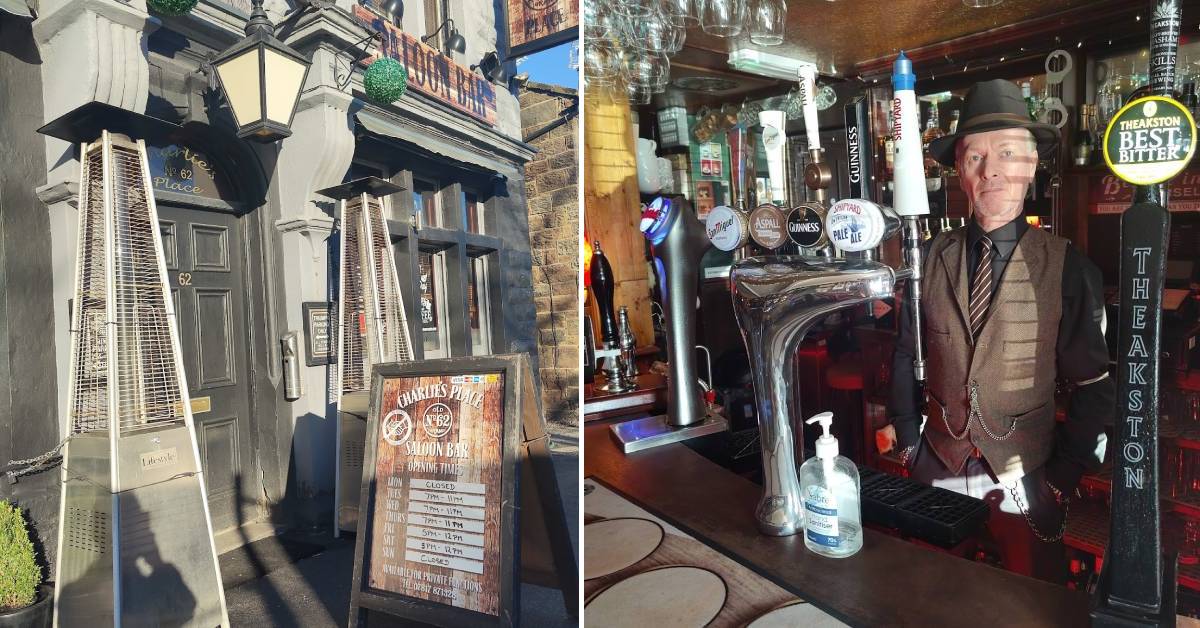 The landlord of Charlie’s Place on Otley Road has described the new cycle path, which has sections shared with pedestrians, as a “disaster waiting to happen”.

Work has continued since November to build the first phase of the new cycle route between Harlow Moor Road and Cold Bath Road. It’s part of a package of sustainable transport measures in the west of Harrogate.

Over half of the route will be shared with pedestrians, with only a line of paint to separate them from cyclists, including the section directly outside Charlie’s Place, which has been owned and run by Charlie Tinker for 18 years.

Mr Tinker fears a speeding cyclist coming down the hill will strike a pub patron, who might be standing outside smoking or waiting for a taxi.

“Cyclists will be coming down the hill at speed, it’s a disaster waiting to happen.

“It wont be long and by the time we get to summer there will be an accident.”

Contractors have been resurfacing the path again this week, which Mr Tinker said has been an “absolute bloody nightmare” with grit, gravel and cones left outside his pub.

Mr Tinker said the works, which were expected to have been finished before Christmas, have had a negative impact on trade and are putting customers off visiting.

He said he has complained to North Yorkshire County Council about the disruption but has been ignored.

“The council haven’t had the gall to come out and see us and to not reply absolutely stinks.”

“Phase 1 of the Otley Road cycleway is ongoing. While safety audits have been undertaken as part of the design process, the scheme will be subject to a final safety audit and review upon completion.

“The project team is working with the contractors on implementing appropriate signage and lining.

“We apologise for any inconvenience the recent resurfacing has caused. All businesses and residents should have been informed in advance by the contractors.”

Another 326 infections were confirmed in the Harrogate district on a day that also saw local GPs address fears from people who are hesitant to get the vaccine. https://buff.ly/33AgAkF