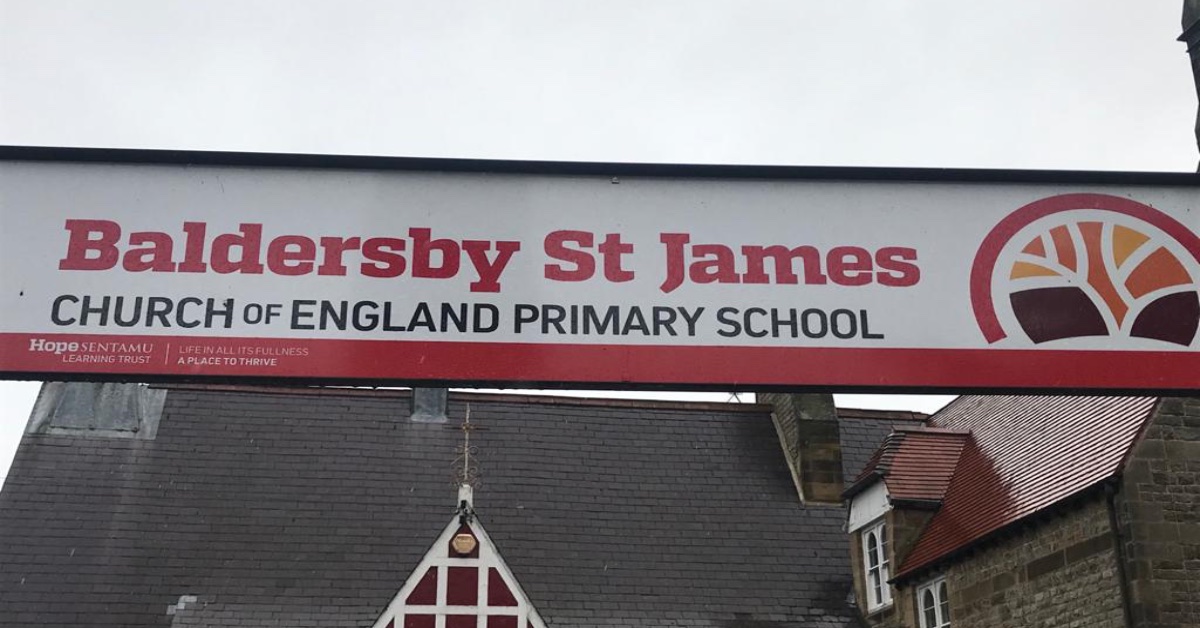 Baldersby St James Primary School, which is to close in August 2022.

Parents, staff and governors have objected to a planned closure of a Harrogate district school.

Baldersby St James Church of England Primary School has announced it will close in August 2022.

Hope Sentamu Learning Trust, the Church of England trust that runs the school, announced the closure, saying low pupil numbers “show no prospect of improving for many years ahead”.

However, parents, staff and members of the community have set up a campaign group called Save Baldersby St James Primary School, to fight the move.

Campaigners argue that the decision was “carried out in secret, without open discussion” and that the school was not “given an adequate chance to build numbers”.

“The Hope Sentamu Learning Trust clearly fails to see the benefits of a small rural school.

“In an era where running costs are elevated above all other criteria, it is a shame that a school with both history and potential that has long served the community is now earmarked for closure.

“In their letter to parents and carers the trust claimed that they ‘have comprehensively researched and considered all potential options available to support the continued operation of the school. As there is good quality church and non-church education in the local area with capacity this provides us with limited options’.

“As parents we are yet to be provided with any data by the trust and this also suggests that the so-called Christian trust is prioritising short-term costs over long-term rural community effects.”

Meanwhile, Stuart Carver, a school governor, said the trust had “limited interest in a small rural school and has no inclination to help it thrive or continue”.

The trust has said the reason for its decision was that the school currently had 22 pupils in two classes, one for key stage one and the other for key stage two. Some year groups have just one student.

The school, which is a grade II listed building, has a maximum capacity of 60 students.

Helen Winn, chief executive of the academy trust, said in a statement:

“This has not been an easy decision, but after a great deal of consideration, we came to the conclusion that this is the best resolution for the children concerned and their education.

“As part of the process, we have carefully looked at potential options, including speaking to other local multi-academy trusts, looking at the possibility of sharing the delivery of the curriculum with schools within and outside Hope Sentamu, and changing the nature of provision at the school but ultimately none of the options were practically viable.”

She added that the low numbers has “proved impossible to deliver the broad, balanced curriculum that the children deserve”.

Meanwhile, senior councillors at North Yorkshire County Council look set to offer no objection to the decision at a meeting on Tuesday.

The county council, which is the local education authority, has been consulted on the closure.

Baldersby St James school was built by Lord Downe following the establishment of the village in 1850. The school has served generations of pupils in Baldersby St James, Rainton and the surrounding areas.