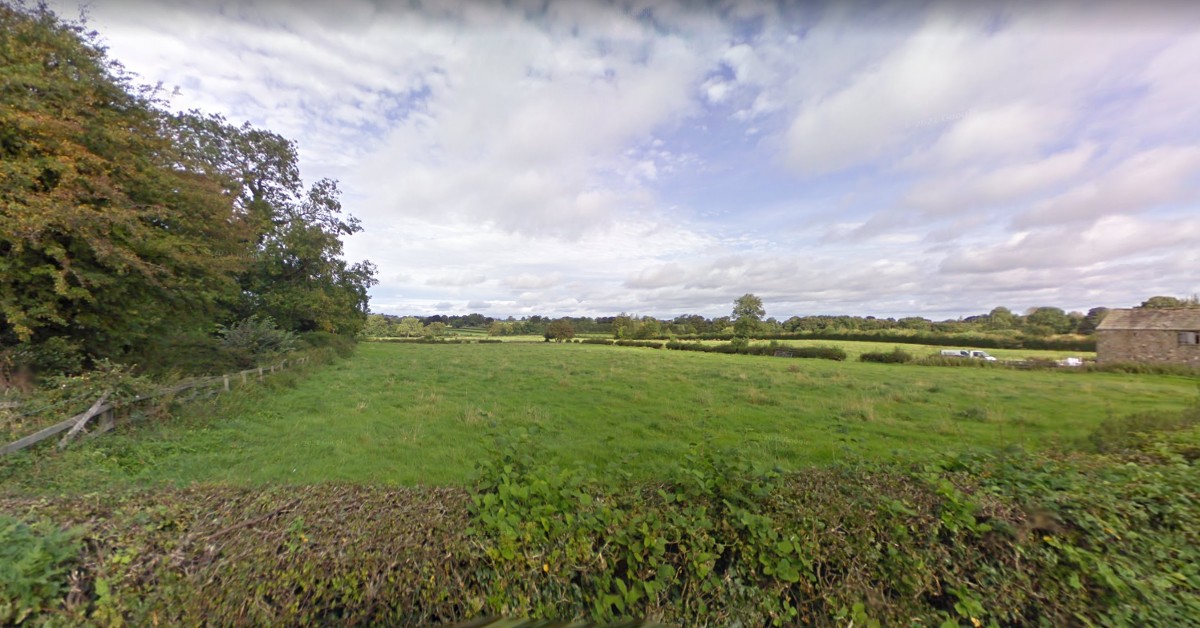 A new holiday site could be created in Kirkby Malzeard if planning permission is granted for three yurts in an agricultural field.

An application has been submitted by Frederick Atkinson to create the yurts, each on raised decking and with its own hot tub along with a ‘services area’ of toilet, sink and shower in a wooden hut.

The site of the proposed yurts is on Back Lane North, to the west of Pipistrelle Barn, in a field previously used for grazing sheep. The application showed there would be a package treatment plant created, as well as a walkway alongside the barn to a parking area at its east.

“The subject proposals would see the creation of a small family-run business named ‘Yurts @ Pipistrelle Barn’.

“It is envisaged that the site will provide a peaceful, low impact and eco-friendly retreat, nestled on the edge of a well serviced Yorkshire village, providing the perfect base for future guests to enjoy the best of North Yorkshire.

“Pipistrelle Barn, directly adjacent the application area, will provide the administration hub for the business and allow for natural surveillance of the site. Guests will arrive on-site and check in at the barn, where they will then be shown to the yurts on foot.”

Each yurt would be made from a wooden latticework frame with natural materials used as insulation and covered by canvas. Inside would feature a log-burning stove and a bed, with space for tables and chairs on the decking outside. 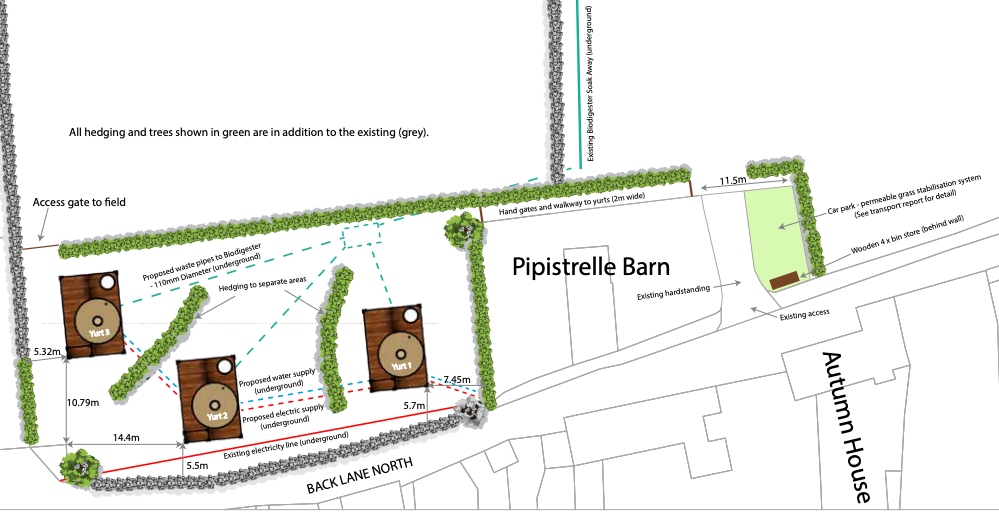 In supporting documents, the applicant said the development would “help support the economic and social well-being of the village and surrounding settlements”. The documents referred to using local businesses including Wards Logs, Steph Bennington Cleaners, Sam Watson Fencing and Highside Butchers.

A previous application for three yurts without hot tubs on the site was made in December 2021 but withdrawn in April. It had proposed creating a new parking area in the south-west corner of the site.

Ten comments were received from members of the public, with nine objecting to the plans and none supporting them. However, the parish council did not raise any objection.

“The main issue with this proposal compared to the application commented on February 2022 is the addition of hot tubs.

“Normal use of the yurts should not cause an issue as there would be a certain amount of self-regulation on site.  I have concerns that if a party hire the yurts especially all three the noise that could be produced would cause a nuisance to local residents particularly if it was accompanied by amplified music.

“It would be worth considering a booking form precluding amplified music at the hot tubs and also avoiding renting the yurts to parties such as stag and hen parties.”

One comment has already been received from a member of the public, Jamie Firth. He said he has run a holiday let since 2016 and raised concerns about the area becoming “satiated” with holiday properties, as he said there is already more than enough to meet demand.

To view or comment on the application, visit the Harrogate Borough Council planning website and use reference 22/02523/FUL.