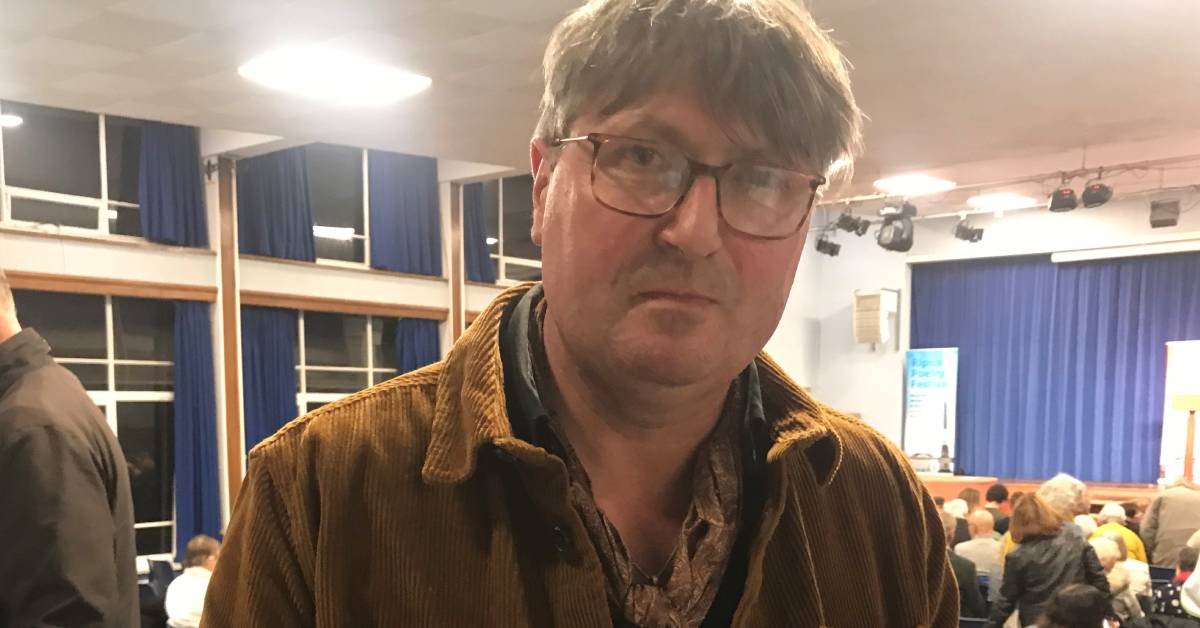 Simon Armitage summed up the power of poetry when he read a selection of his works to a packed audience in Ripon on Saturday.

The Poet Laureate, whose poems brought laughter and sadness to 200 people at Ripon Grammar School, said words on a page take on a different character when spoken.

Armitage, who was the star attraction at the fourth Ripon Poetry Festival, described verse as having ‘a kind of primitive magic”.

The West Yorkshire-born and bred poet told the Stray Ferret he was delighted to perform at the four-day festival, where he brought some of his own primitive magic and talked about his local connections.

“My auntie lives in Ripon and I have many memories of visiting here and going to the cathedral and seeing the hornblower.” 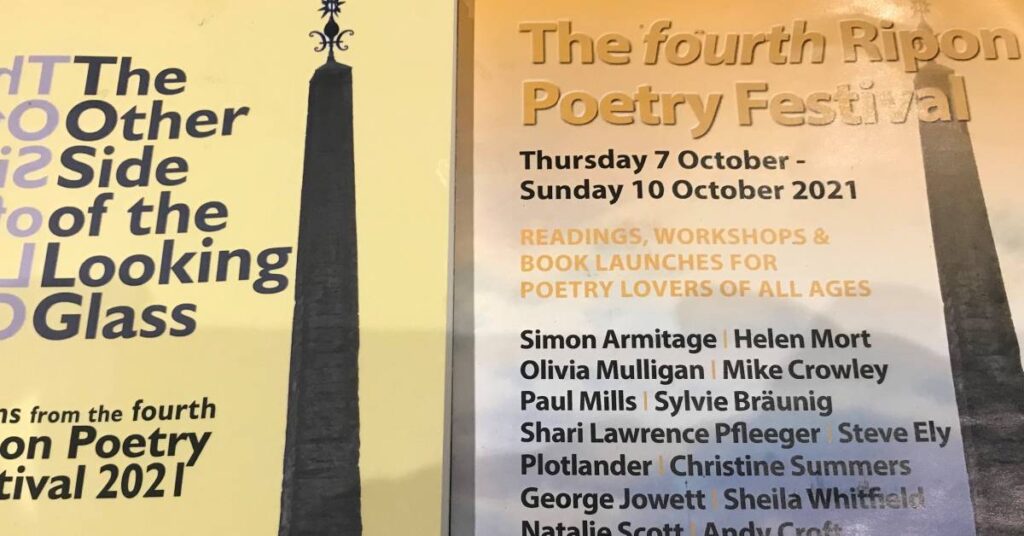 The festival anthology of poems (left) and programme.

Talking about lockdown, he said:

“Sales of poetry books have done well during the pandemic, as people have had more time to reflect.

“Many recalibrated their lives and decided they were not  going back to the way things were before.”

Lockdown also gave Armitage, who was appointed to the 10-year office of Poet Laureate in May 2019, the opportunity to focus on his work.

“It gave me the time to complete my translation of the long medieval poem The Owl and the Nightingale.”

Saturday evening’s audience was given a taste of the epic poem, which focuses on the quarrelsome conversation between the two birds, as they show their mutual dislike.

The newly-published work featured recently on BBC Radio 4’s hit podcast, The Poet Laureate Has Gone to His Shed.

There were also readings from Magnetic Field: The Marsden Poems, a collection that provides a guided tour in verse of the village where Armitage grew up.

His lines, which paint a picture of home-town life and experiences, were very much in keeping with the theme of the festival.

Andy Croft, who was one of the organisers of the four-day event, that included 17 sessions at venues across the city, said:

“We are pleased to report that we are now the biggest festival of its kind in Yorkshire.”

Testimony to the growing popularity of poetry was the fact that this year’s festival anthology, The Other Side of the Looking Glass, contains 92 poems covering a broad spectrum of styles and based on a wide range of subjects, including life in lockdown and the environment.

“It contains poems from people of all ages, who live locally and is the largest edition we have published.”