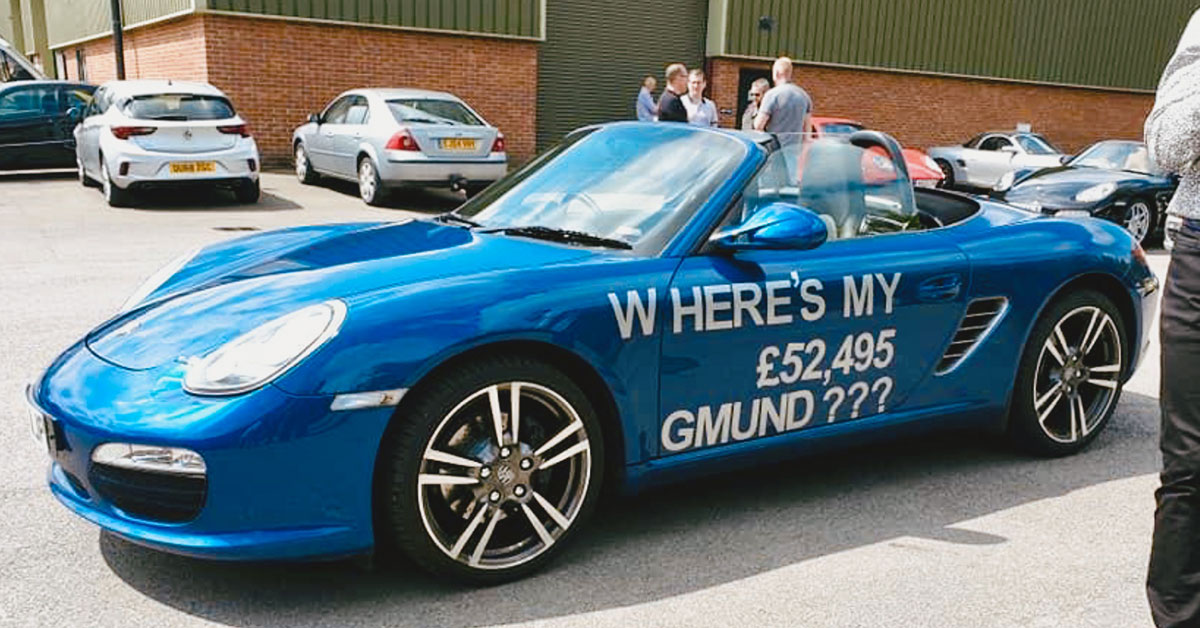 North Yorkshire Police has confirmed that an investigation into missing Porsche sports cars at a former Knaresborough dealership Gmund Cars is still ongoing.

The police launched its investigation in the summer of 2019 after allegations from customers that Gmund transferred ownership of more than £1 million worth of cars without their permission.

In July 2019, North Yorkshire Police arrested a man in his fifties but no charges have been brought currently.

No further arrests have been made since the investigation began.

“The investigation is ongoing and as such we cannot provide any further statement.”

One customer of Gmund, who asked not to be named, told the Stray Ferret last week that they are “very frustrated” with the pace of the investigation.

The customer bought a car from Gmund but said they have been told by the police they are not able to sell or modify it until the investigation is complete.

“I am very frustrated with the protracted process and total lack of transparency. After three years, the pace at which this is being conducted is incredible.”

The company started in 2006 and built up a strong reputation as a place that bought and sold classic Porsche cars.

In 2020, six alleged victims told the Stray Ferret spoke to about their experiences with the firm.

The company, which was based at the Nidd Valley Business Park, has now been dissolved and its owner Andrew Mearns was declared bankrupt.

Ms Mearns told the Stray Ferret in 2020 she was never interviewed by police in relation to the allegations.

In July 2021, she resigned from the council and moved to Wales citing family reasons.