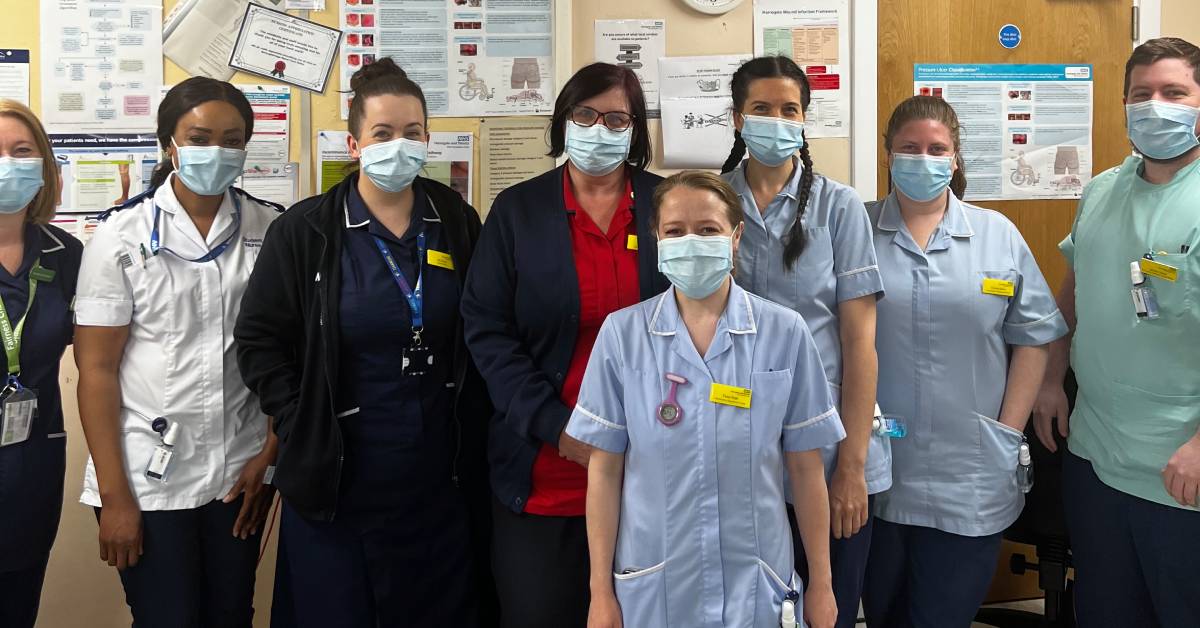 The manager for community nurses in the Harrogate district has praised their hard work and resilience during the pandemic.

Holly Southcott said she wanted to thank her team on International Nurses Day, a global celebration of the nursing profession.

“It’s been a really tough couple of years and it would be nice to see what they do recognised.

“I want to say a big thank you to all of the nurses – both locally and internationally – for their care and compassion every day over the last two years.”

Ms Southcott, who is the clinical locality manager for Harrogate and District NHS Foundation Trust (HDFT), also wants to promote nursing as a potential career choice.

“It’s a really important role. It’s a professional role and it can be inspiring.

“The nurses in our trust are really skilled for providing holistic care in the community.

“We want to support future nurses to come forward and train. We will be offering alternative routes where people can progress without going to university.

“It’s such a varied and interesting role and you can get a lot of job satisfaction out of it.”

Ms Southcott said the nursing team pulled together during the pandemic.

“I went back to visiting people in their homes in the Knaresborough area. It has been a really tough and worrying time for our community.

“The nursing team has worked so hard. The courage they have shown has been amazing and I want this to be recognised.

“They played a crucial part in going into the homes of patients who wouldn’t have been able to access services otherwise.

“Everyone has really worked as one big team.”

International Nurses Day acknowledges and celebrates the commitment and bravery of nurses around the world.

This event, coordinated by the International Council of Nurses (ICN), is celebrated on May 12 every year on the anniversary of the birth of nursing pioneer Florence Nightingale.