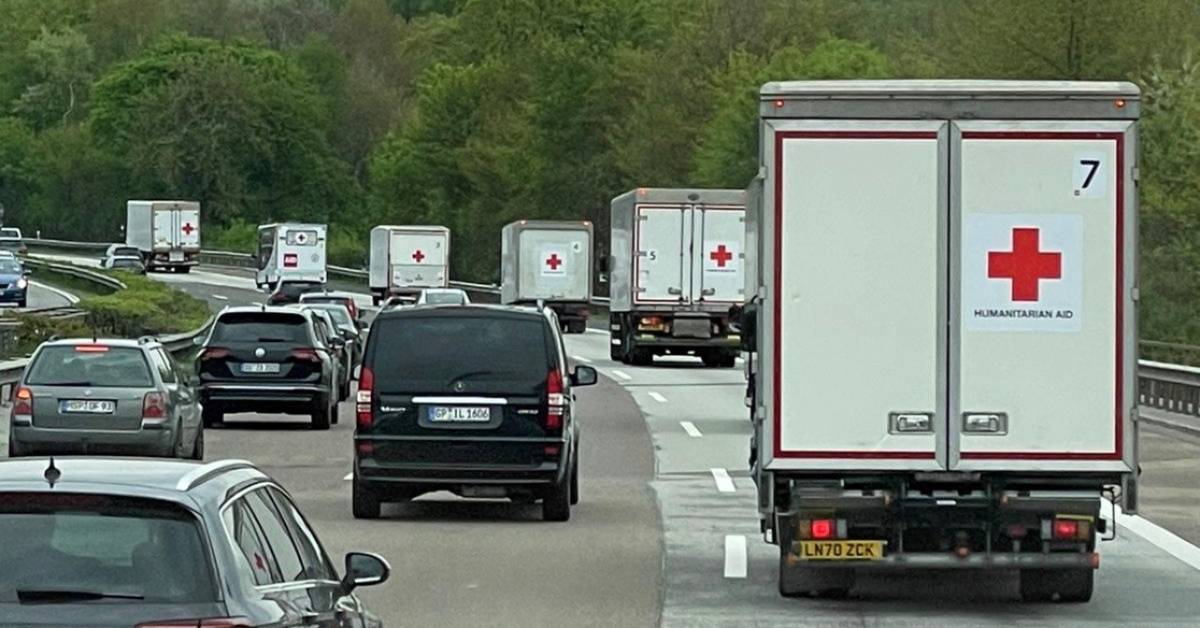 The convoy heads to Ukraine.

A top Harrogate businessman has praised the “amazing efforts” of a Yorkshire charity after returning from an aid mission to Ukraine.

James Rycroft, managing director of Vida Healthcare, was part of a team that drove eight wagons containing aid worth about £2 million for Ukrainian soldiers and citizens who intend to stay in the country.

The five-day mission, which featured a number of volunteers from Harrogate, was organised by Yorkshire Aid Convoy, a charity which has been running overseas aid expeditions for more than 30 years.

“We did it, it was successful and I am really proud of what we have done.

“Yorkshire Aid convoy is an incredible charity and Mark Murphy, who heads it up, lives in Harrogate. He has done it for years and is one of these silent heroes that does amazing things.

“The charity has already delivered 16 wagons. They ran a mission about four weeks before we went. 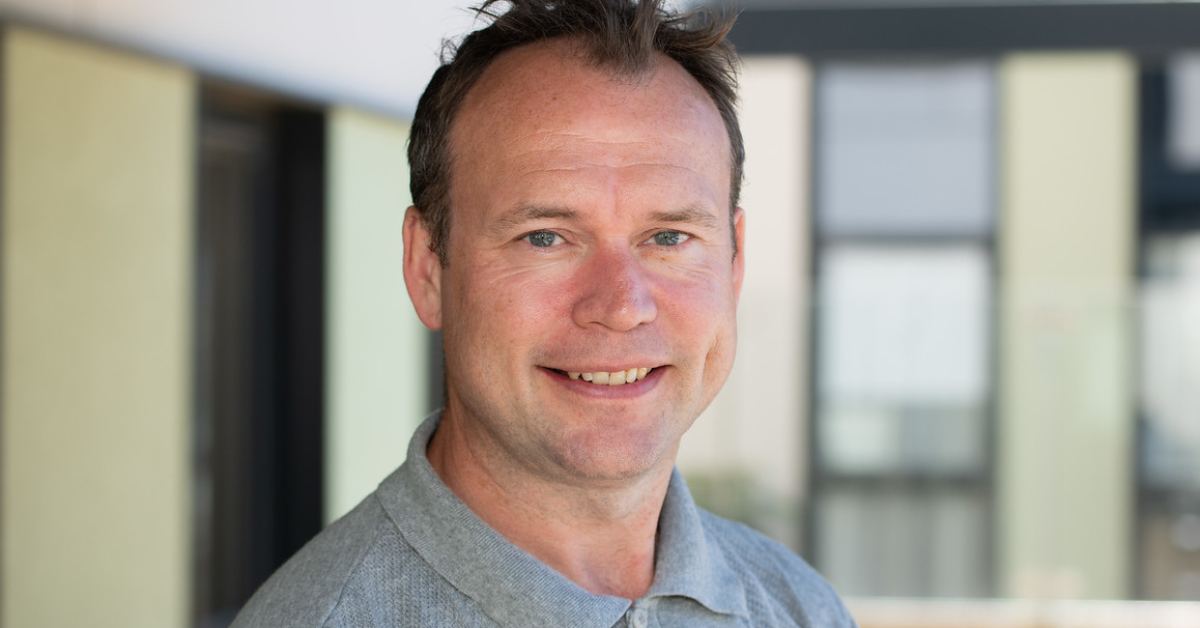 The convoy carried around 100 tonnes of items, including medical equipment, beds and hygiene products.

It is also took a mobile classroom, which was donated by the Knaresborough-based business, Training and Testing Services.

“A man called Dave Wood came with us. He and his company donated a mobile classroom.

“We filled it with aid and they drove it over and then it got put on a train and taken straight to the front line.

“It is now being used as a wounded soldier hospital. It was named after Dave’s late mother Trish.” 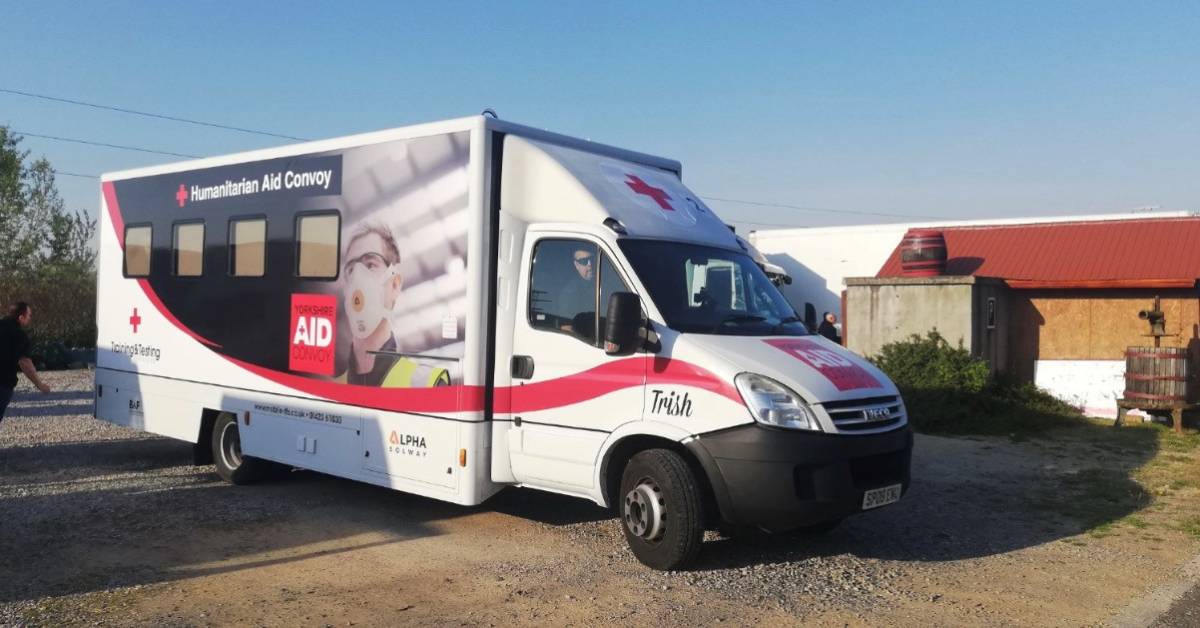 ‘Trish’, the mobile classroom, is being used a wounded soldier hospital in Ukraine.

The volunteers met Ukrainian military administrators at the border, where they were escorted to a secure hub inside the border to deposit the goods. They then immediately turned round and headed home.

Their 3,000-mile journey saw them travel by ferry from Hull to Holland, then to Germany, Austria, Hungary, Slovakia and into Ukraine and back.

“It was just organised so well. It’s so amazing what the charity does.

“I just went along and did my bit because I wanted to feel like I was contributing something tangible.

“The Ukrainian people were so welcoming and grateful for what we did. It was ace. It is a a really great thing we feel we have achieved.

“But I’m a tiny part of it, really it’s the Yorkshire Aid Convoy that has been leading this.” 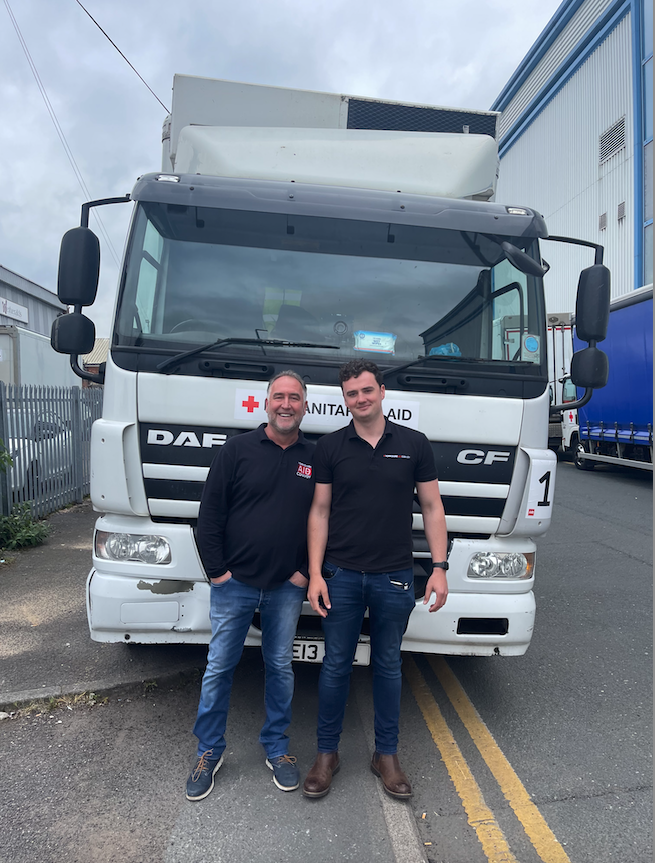 Mr Rycroft said the experience made the war in Ukraine feel “very real”.

“People are defiant and life is going on as normal and it almost becomes very normal very quickly when you are amongst it. It’s very strange.

“We felt safe and we were looked after really well.

“It went as smoothly as it possibly could. There are lots of people to be praised for it.

“We feel we’ve made a valid achievement to the effort.”