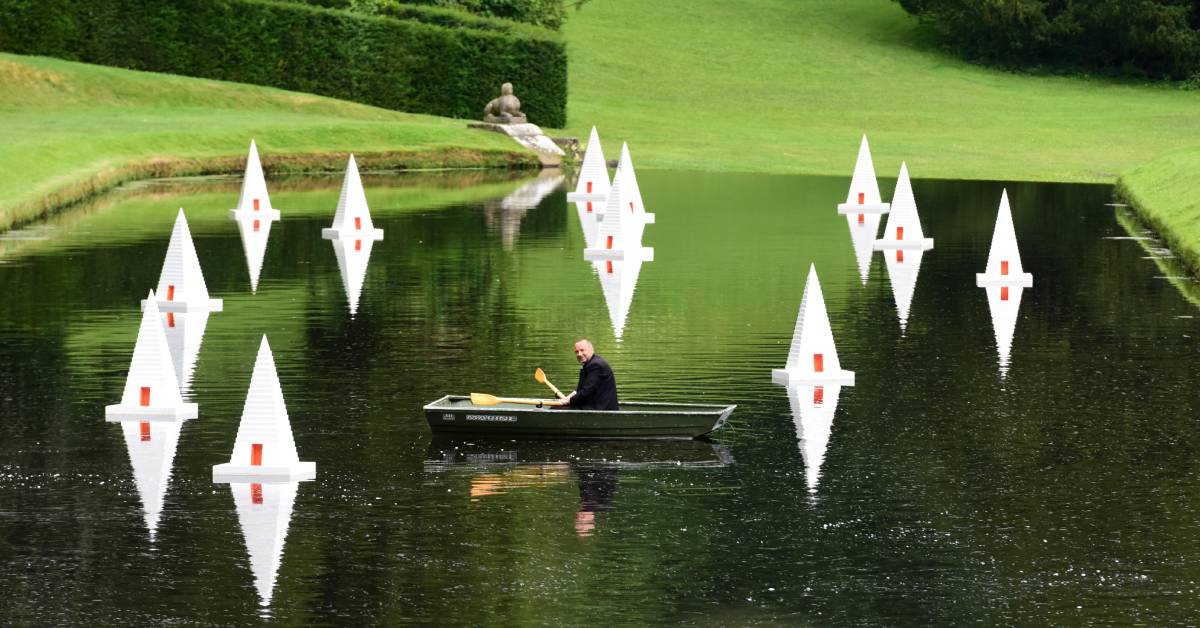 Striking contemporary art, with echoes from the past, has been installed at Fountains Abbey and Studley Royal water garden.

Visitors to the 800-acre UNESCO World Heritage site, will see a visual transformation, brought about through the work of Steve Messam.

His three thought-provoking installations titled These Passing Things, have been designed to prompt another way of looking at landscape and historic buildings.

Drifted – 12 Floating pyramids in the canal – takes its inspiration from a lost pyramid folly, designed as a memorial monument to honour John Aislabie, the original designer of the water garden. 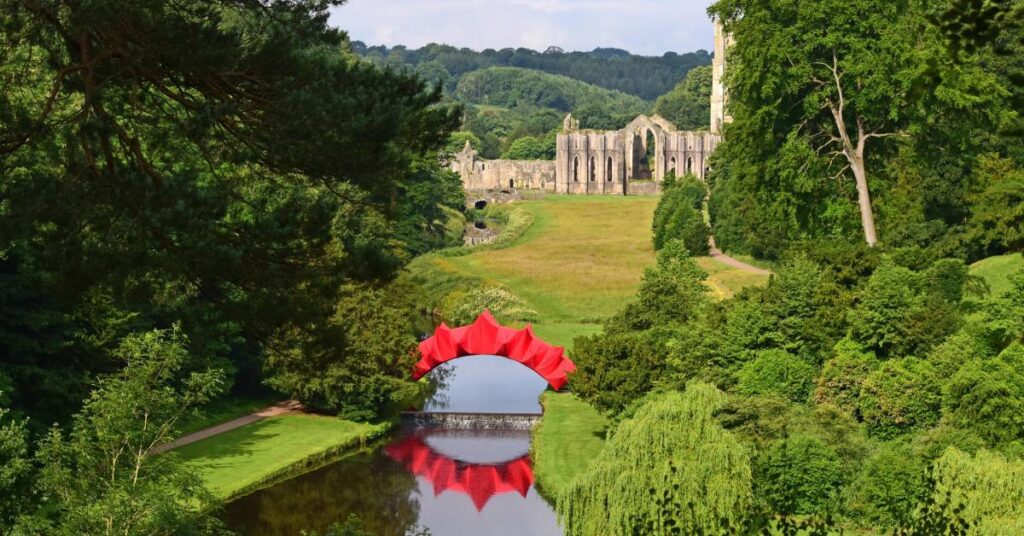 Bridged, reflected in the waters of the river Skell, stands out in the landscape with the abbey ruins providing a stunning backdrop.

However, despite archive records of scale drawings and detailed costings for the piece, no further mentions of it were ever made and no record or evidence exists of this mysterious pyramid ever being built

Mr Messam’s second artwork is Bridged – a scarlet contemporary bridge sitting across the river Skell, close to the site of a lost iron bridge from the 18th century.

The Drifted and Bridged installations will be on display  throughout the summer, while Spiked – an inflatable artwork – will be making occasional appearances.

It bursts through the columns of The Temple of Piety, with a statue of Neptune, the Roman god of the sea, looking on from the lake. 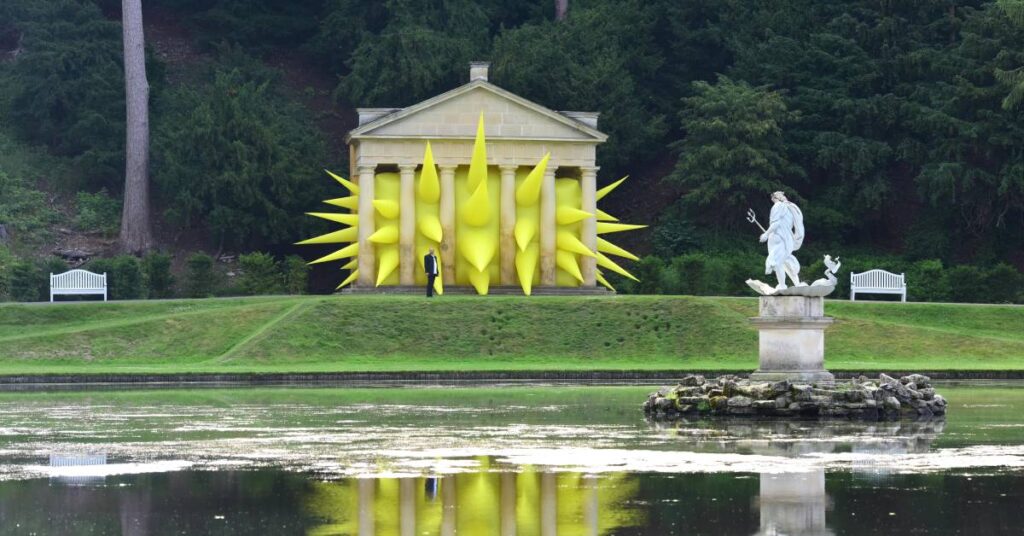 Steve Messam is  pictured with Spiked, which provides the opportunity to reflect on the contrast between classic and contemporary artforms

The Aislabie family, created many follies to surprise and delight their 18th century guests and Mr Messam hopes his contemporary works will attract similar attention.

“I guess the overall thing is identifying with the whole concept of follies – architectural oddities of no specific function, other than their visual aesthetic.

“While, over time, we may invest them with meaning or stories, at their core they’re just there – large-scale artworks in the landscape. As an artist that’s what I’ve been interested in for the past 20 years.

“I’m also interested in the role that follies play in creating focal points in constructed views of the landscape.”

“Studley Royal water garden is a designed landscape; a living work of art.

“By working with artists, responding to this legacy, we’re helping to bring the water garden to life for our visitors today.

“We hope that These Passing Things will get our visitors thinking and start a conversation about the connection between the past and the present, whilst offering people a relevant, fresh experience of the Georgian garden.

Through its Trust New Art programme, which is supported by Arts Council England and the Arts Council of Wales, the National Trust aims to connect more people to its places through contemporary arts.

More details can be found at nationaltrust.org.uk/fountainsabbey