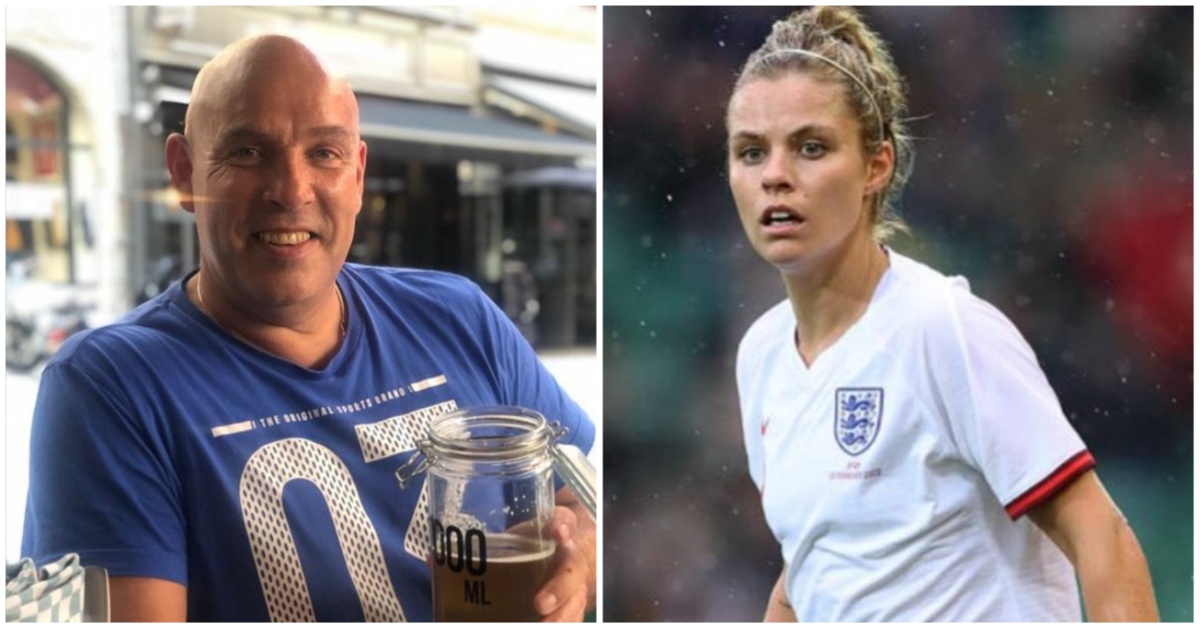 Harrogate football star Rachel Daly has paid tribute to her late father after winning the European Championship final at Wembley.

The England player posted a picture of Martyn Daly on her Instagram account with the caption “That was for you” after the 2-1 victory over Germany last night.

Mr Daly had been a huge influence on and supporter of his daughter’s career until his death last September.

Speaking before an England warm-up game at Elland Road in June, she told the matchday programme his loss had affected her approach to the sport they both loved:

“It will be so awful to not have him there because I think it would have been one of his proudest moments.

“I have a different perspective towards football and life now. Football has always been the be-all-and-end-all for me, and it still is, but now I play for a different purpose as well.

“When I get on the pitch, it’s not just about me performing, it’s me performing to make my dad even more proud than he already was.

“I think I carry that weight with me, but it’s a nice weight to have because it’s every game I want to do better and better. I know I’m making him proud up there.

“But in a way, that’s what will make it even more special, having the rest of my family there knowing how big fans we are.”

In response to her post on Instagram, fans and friends told her he would be “so proud” of what she had achieved with the Lionesses.

Mr Daly lived in Harrogate and was himself a semi-professional footballer, playing for Harrogate Town and Knaresborough Town in the 1980s and 1990s.

Last summer, as the team prepared to compete at the 2020 Olympics, Mr Daly spoke to the Stray Ferret about his pride in his daughter, not just because of her achievements but also the role model she was to other young women and girls.

“She’ll never realise what she’s done in the game until it’s over.

“Every pro has a cockiness about them but she’s down to earth too, she’s just my daughter.”

This morning, Daly and her teammates were heading to Trafalgar Square for a victory parade, celebrating the first tournament win for any England football team since 1996.

Daly posted a photo of herself on Twitter with her winner’s medal.