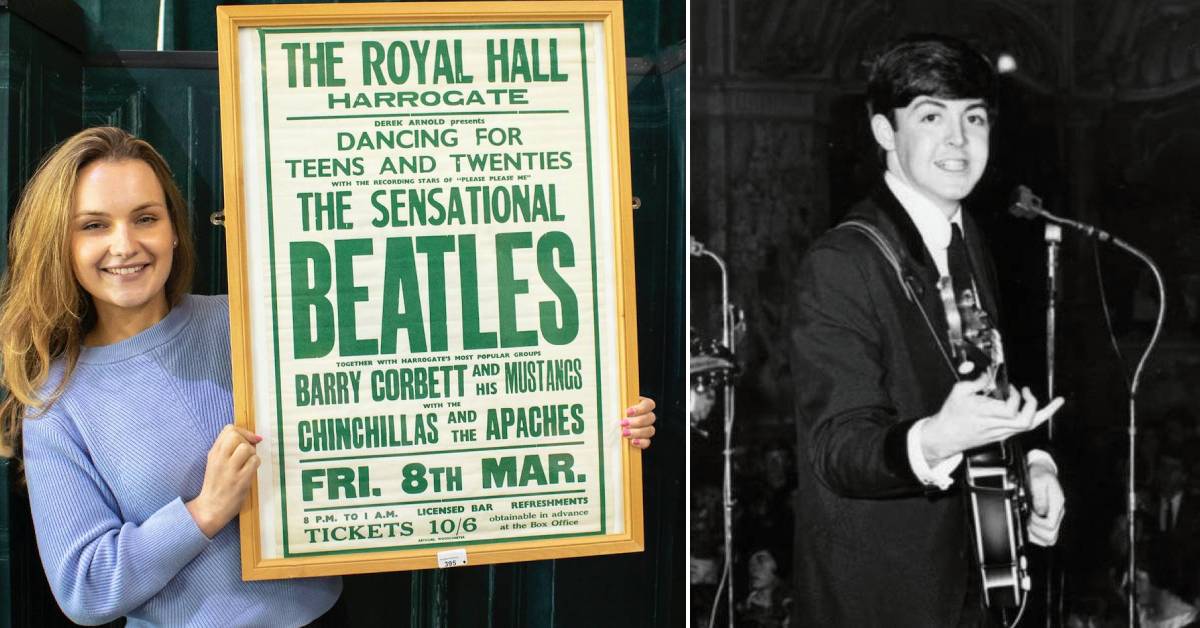 A rare original poster from The Beatles’ famous 1963 concert at Harrogate’s Royal Hall has fetched £2,800 at an antiques auction.

The poster was given to the seller in the early 1980s as a gift by a colleague who had worked at the Royal Hall in the 1960s.

The concert on March 8 was during the height of Beatlemania and was the group’s first and only Harrogate gig. It has since become part of Harrogate folklore.

The poster was sold at Ryedale Auctioneers in Kirkbymoorside last week with fierce interest from bidders.

“The provenance was good, and the poster was in good condition commensurate with its age. We knew there would be plenty of interest, and bidding was fierce.”

Last month the Stray Ferret visited the Royal Hall’s archives to look at a collection of bill posters from the 20th century.

Since opening as The Kursaal in 1903 it has welcomed some of the biggest names in entertainment, including The Beatles, Louis Armstrong and Little Richard.

Other huge names of the 20th century such as Sir Arthur Conan Doyle and Sir Ernest Shackleton also visited to perform lectures in Harrogate.