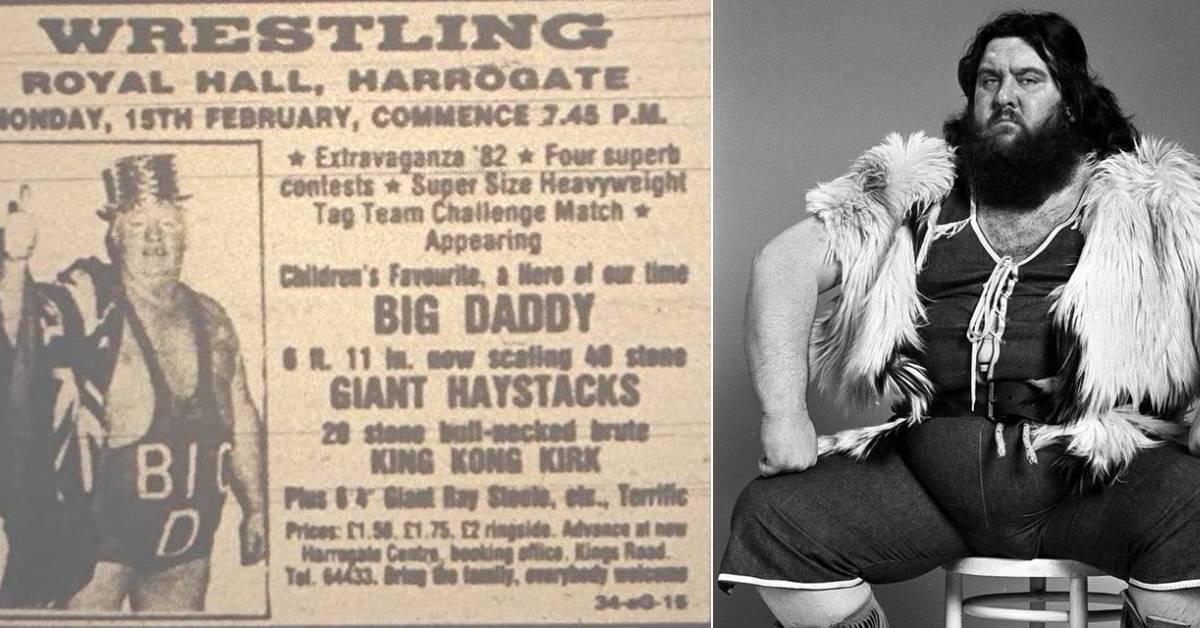 The names Big Daddy and Giant Haystacks conjure up scenes of smoky ballrooms and chants of ‘easy easy easy’.

Harrogate’s opulent Royal Hall has hosted ballet, theatre and opera in its 120-year history — but for many people, it’s memories of big blokes wrestling that they cherish the most.

The Stray Ferret uncovered an advert for a tag team contest that involved Big Daddy and Giant Haystacks, which took place on a Monday night in February 1982.

Tickets cost £1.50 but it was £2 for ringside seats, a chance perhaps for the ladies to whack the wrestlers with their handbags.

Other household names such as Les Kellett, Jackie Pallo, Mick McManus and Kendo Nagasaki were also regular performers at the Royal Hall throughout the 1960s, 70s and 80s. 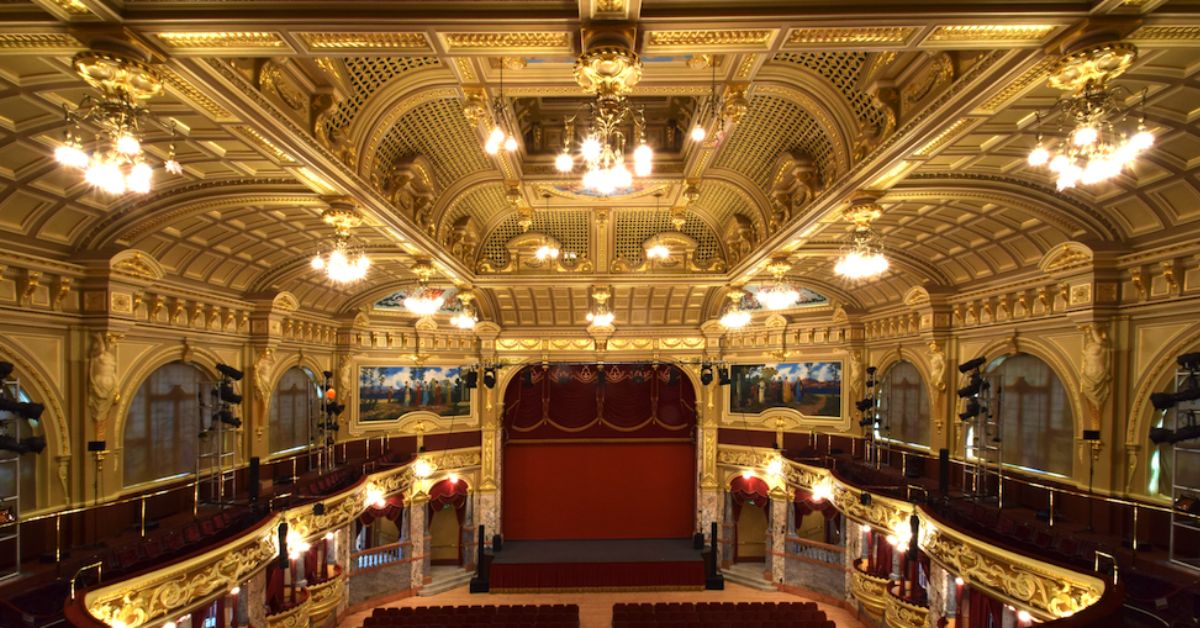 Big Daddy, who was born Shirley Crabtree, was billed on the card as “children’s favourite, a hero of our time”.

The Halifax man was 6ft 6″ tall and had a record-breaking 64″ chest.

But even he was dwarfed on the night by his ring nemesis Giant Haystacks, who was billed as 6ft 11″ scaling a gigantic 40 stone.

Haystacks reputedly ate three pounds of bacon and a dozen eggs every morning to maintain his strength. Paul McArtney and Frank Sinatra were fans.

Legend in Harrogate goes that after the match, Big Daddy and Giant Haystacks went for a drink at the cocktail bar in the Traveller’s Rest pub, but they both had to duck through the entry and just about filled the place on their own.

But in a sad twist, he died in the ring after a trademark Big Daddy Splash and it was said Daddy was never the same man afterwards.

We asked members of the Facebook page Harrogate, Past, Present And Future if anyone had memories of the night in 1982.

“Yes I remember, Giant Haystacks was disqualified before the bout started, so Big Daddy won”.

Jill Rimmel said she used to go to the wrestling at the Royal Hall with friends from work.

“There was a lady that sat ring side with her handbag that lashed out at the wrestler’s, so funny. I could have been there that night, good memories.”

“My mum used to work at the Royal Hall and I used to go and watch the wrestling sometimes. Jimmy Two Rivers was a favourite there as well.”