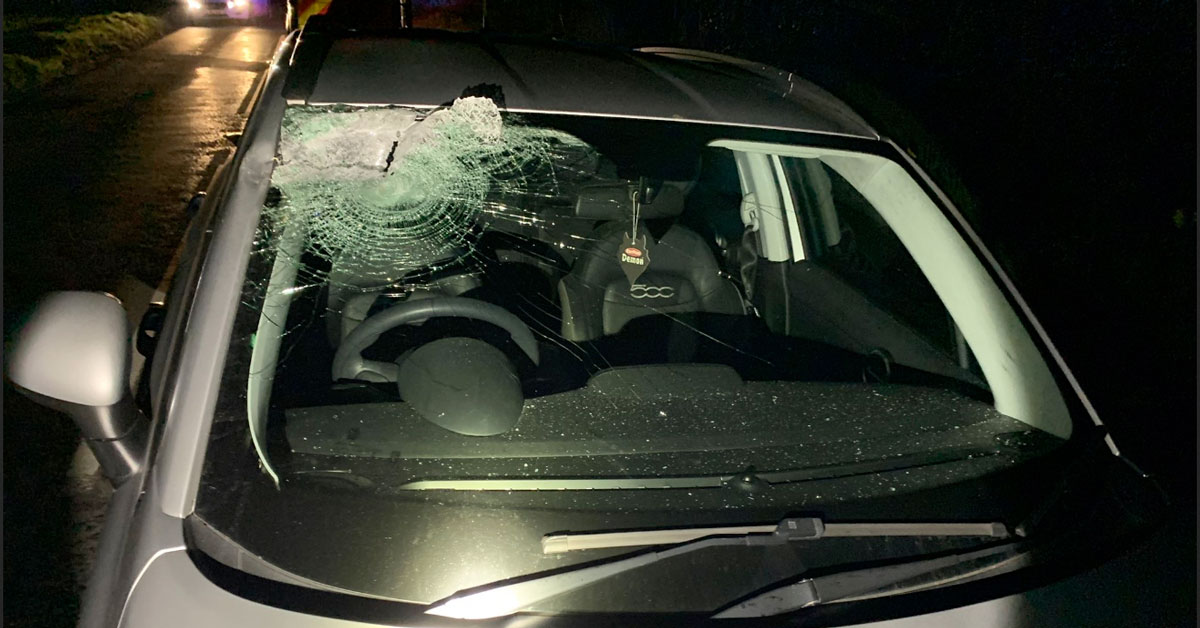 The windscreen was badly damaged.

A young driver had a “real scare” last night when a piece of timber reportedly fell off a van and smashed into her car’s windscreen.

The incident happened on Studley Road near the River Laver Holiday Park last night at around 9.45pm. The 22-year-old driver of the Fiat 500 suffered a minor head injury.

North Yorkshire Police is now looking for the driver of the van, who failed to stop after the crash and continued to drive towards Ripon city centre.

Police have also described the vehicle they are looking for as a dropside van with a white cab and silver sides. 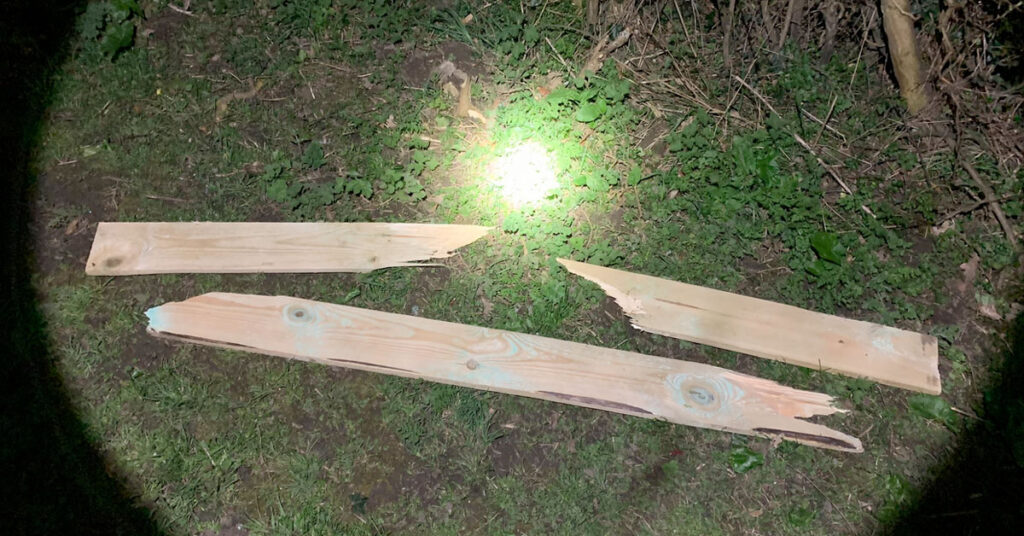 Officers found this timber the smash.

“A real scare for this driver tonight in Ripon. Her windscreen was struck by a piece of timber that wasn’t secured/loaded correctly by another driver.

“Unfortunately the offending vehicle didn’t stop after the RTC. Driver has sustained a minor head injury.”