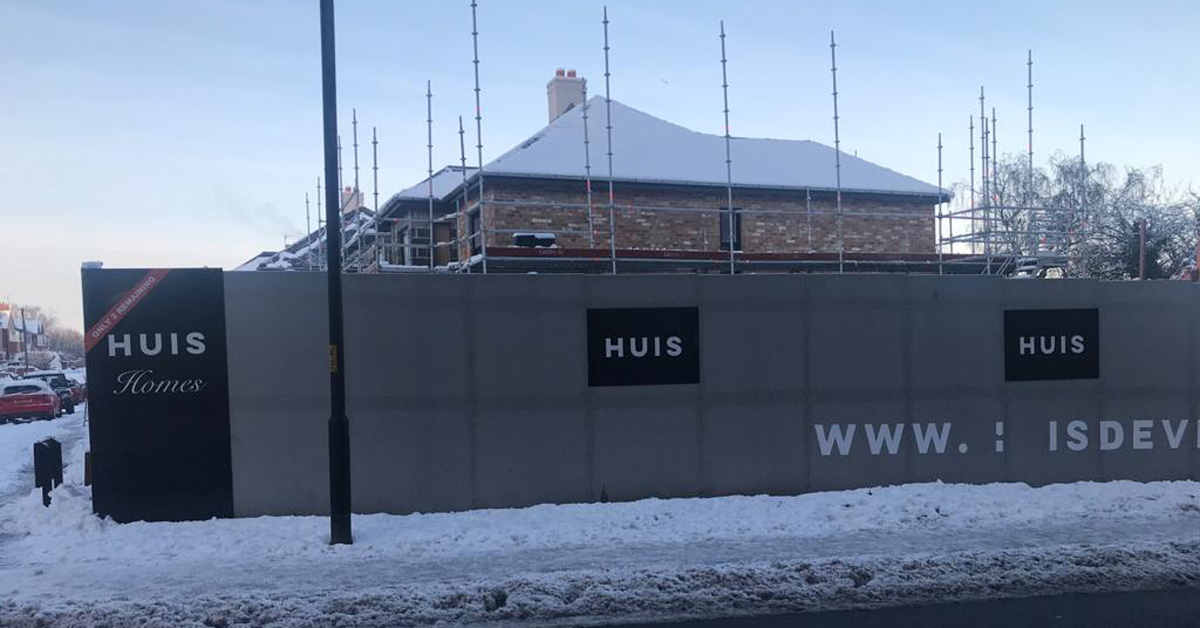 The building site, in 2021, where Mr Myers died

An inquest into the death of Dean Christopher Myers, who was struck by a digger on a Ripon construction site, has concluded it was an accident.

Mr Myers, 56, died on January 13 last year whilst working as a ground worker for the HACS group at a site on Whitcliffe Avenue.

The Scotton man’s cause of death was a severe head injury due to blunt force trauma. Today’s hearing at Pavilions of Harrogate examined the circumstances surrounding his death.

It heard that at the time of his death, Mr Myers was stationed in a manhole in a three metre-deep trench, which had been dug for sewage pipes.

Fellow construction workers Lee James and Andrew Temple said it was not unusual for workers to be positioned in the manhole.

Mr James was standing at the top of the trench, acting as a guide for machine operator Mr Temple. Both said the arm of the digger had got stuck, probably on some limestone in the ground, and this was when Mr James saw Mr Myers put his head out of the manhole to look at what was stopping the digger.

Mr James said he shouted to Mr Myers twice but got no response so he urged Mr Temple to stop before getting into the trench to check on Mr Myers.

The court heard the digger had become unstuck and started to move again, which was when it struck Mr Myers.

A statement read out by police officers at the scene said:

“This was an unfortunate accident caused by Mr Myers putting his head out of the hole at the wrong time. There was no sign of negligent or criminal activity.”

In a witness statement, health and safety inspector Benjamin Cairns said it was a typical construction site set-up with no obvious safety concerns.

When asked by coroner Jonathan Leach whether it was appropriate for Mr Myers to be in the manhole, he said:

“If I witnessed that [a construction worker in the man hole] on site I would have asked the person to leave.”

Mr Myers’ work colleagues at the inquest described him as “more conscious than most” about safety and an experienced construction worker. They said they were unsure why he stuck his head out.

“We would like to say how sorry we are at the loss of a valued colleague and our thoughts are with the family at this time.”