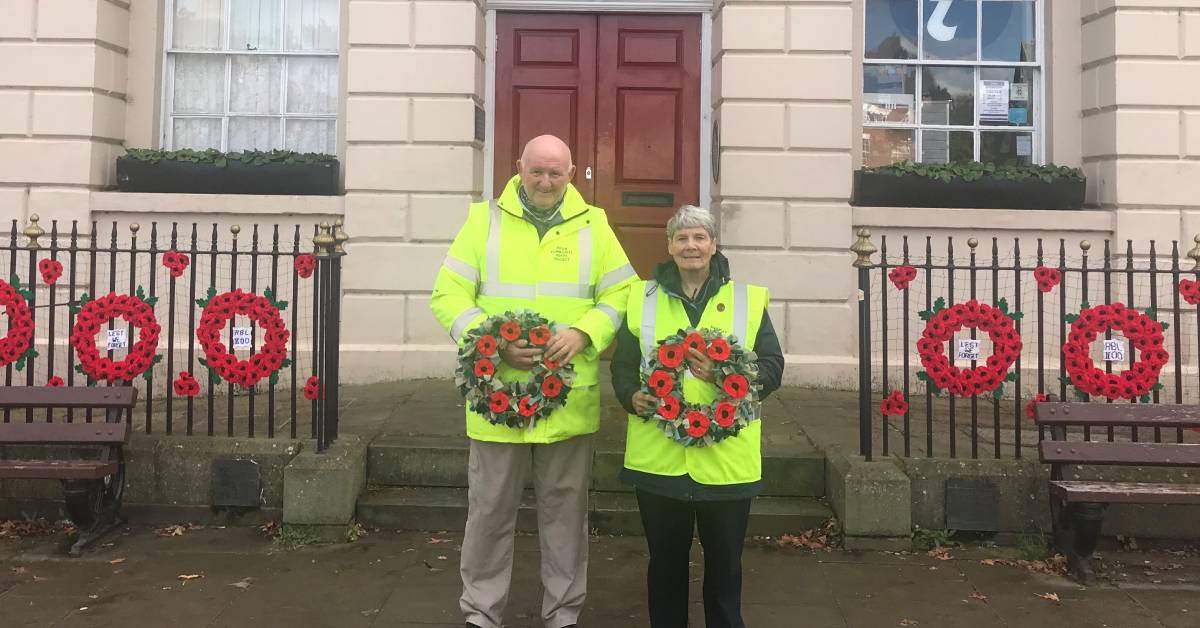 Ripon is being wrapped in a cloak of red as the city prepares for next month’s Armistice Day and Remembrance Sunday.

This year, with no covid restrictions in place, Ripon Community Poppy Project is installing its largest display to date, involving 75,000 hand-made woollen flowers, alongside banners and flags.

These reminders of those who lost their lives in two world wars and other conflicts, can be seen throughout the city centre, from Spa Gardens to the cathedral, on roundabouts on the bypass and at other locations. 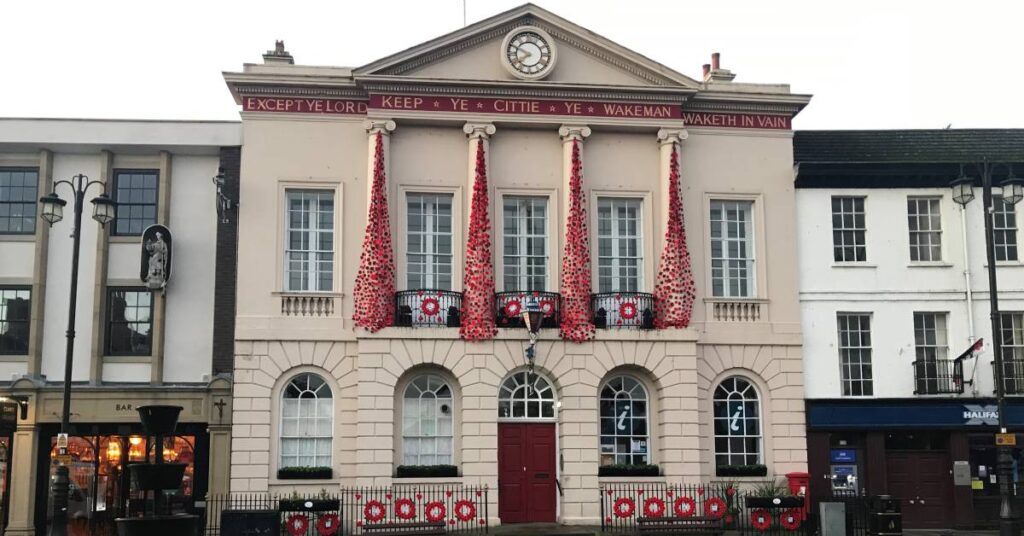 Hazel Barker, who along with Councillor Stuart Martin and Carol Dunkley, runs the project, with support from an army of volunteers, told the Stray Ferret:

“We decided to do something special to mark the 100th anniversary of the end of World War I in 2018 and it captured people’s imagination.

“The initial plan was to produce a poppy trail from Spa Gardens, where the war memorial is located, to the cathedral and it has grown from there.”

The display outside Ripon Cathedral.

“We started off with no funding and put out an appeal on Facebook asking if people could help us by knitting poppies and the response was phenomenal.

“As well as getting strong support from the local community, Hazel started receiving deliveries of poppies made by people living in New Zealand, Australia, Canada, Cyprus, Malta and other countries.”

The community poppy project continues to thrive, with knitters – both female and male – in the city and further afield providing their assistance.

At its core is the Knit and Natter group that meets between 9.30am and 11am each Monday morning in the Sun Pavilion Cafe in Spa Gardens.

“They are knitting all year round and as well as making the poppies, they are producing decorative items for other events, such as next year’s celebration of the queen’s platinum jubilee.”

This year marks the 100th anniversary of the Royal British Legion and the messages ‘RBL 100’ and ‘Lest We Forget’ have been included on poppy wreaths.

The legion’s Ripon branch and the community poppy project, will benefit from the proceeds of a fundraising concert of remembrance being held at Ripon Cathedral on the evening of November 11. Tickets costing £15 are available from Stuff 4 Offices on Fishergate.

A centrepiece of the event, which will include performances from Ripon City Band and the Dishforth Military Wives Choir, will be a replay of a video first shown in November 2018, when it was projected onto the front of the cathedral.

“It was produced, with the support of sponsors, to mark the 100th anniversary of the end of World War I and is both spectacular and moving. This time, we will be showing it inside the cathedral.”

We have a design role at @RGInspiration, a GP dispenser role at the @NidderdaleGP, a Finance Business Support Administrator with @WolseleyUK, Confectionery Assistant roles with @Bettys and a Supply Chain Executive role at the @mare_nostrum_uk.