0 Items
Ripon salutes the Royal Engineers at freedom weekend
by 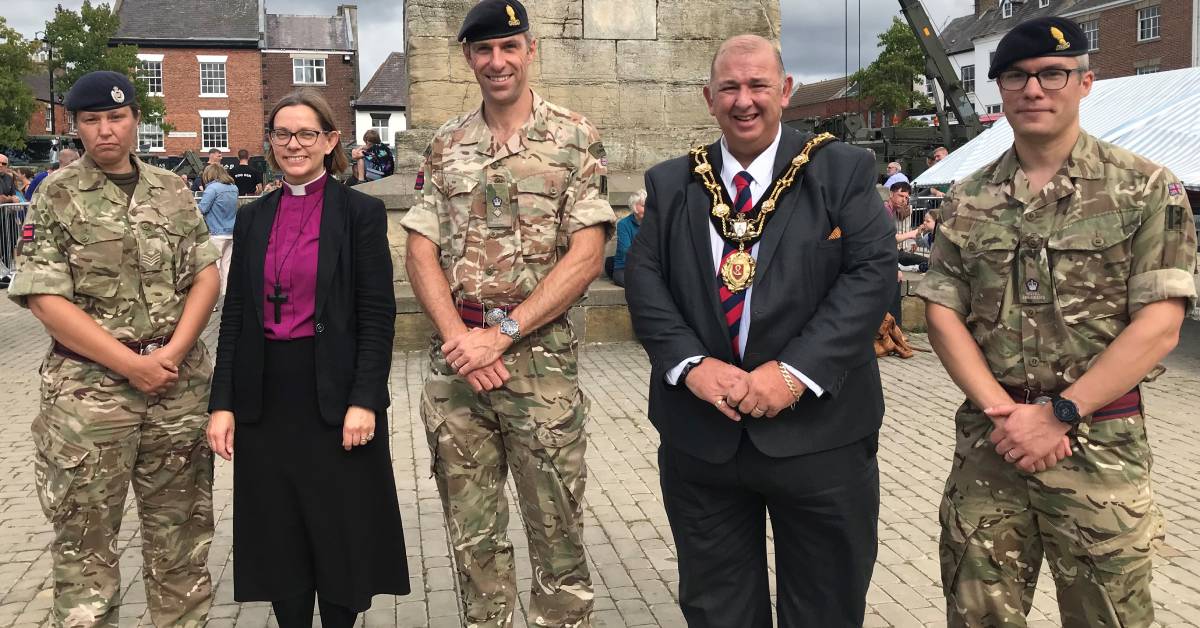 The Mayor of Ripon Cllr Eamon Parkin, is pictured at the freedom display, with, from the left, Staff Sgt Patricia Hughes, The Bishop of Ripon, the Rt Revd. Dr Helen-Ann Hartley, Lt. Col. Simon Graham and Major James Young

Since 1949, Royal Engineers based at Claro Barracks have had the Freedom of Ripon and the right to enter the city, with drums beating, colours flying and bayonets fixed.

The covid pandemic and lockdown, brought a halt to mass attendance events and meant that the 2020 freedom weekend could not go ahead.

But it was back in force today, with information stalls and a display of heavy machinery and equipment for the public to see. 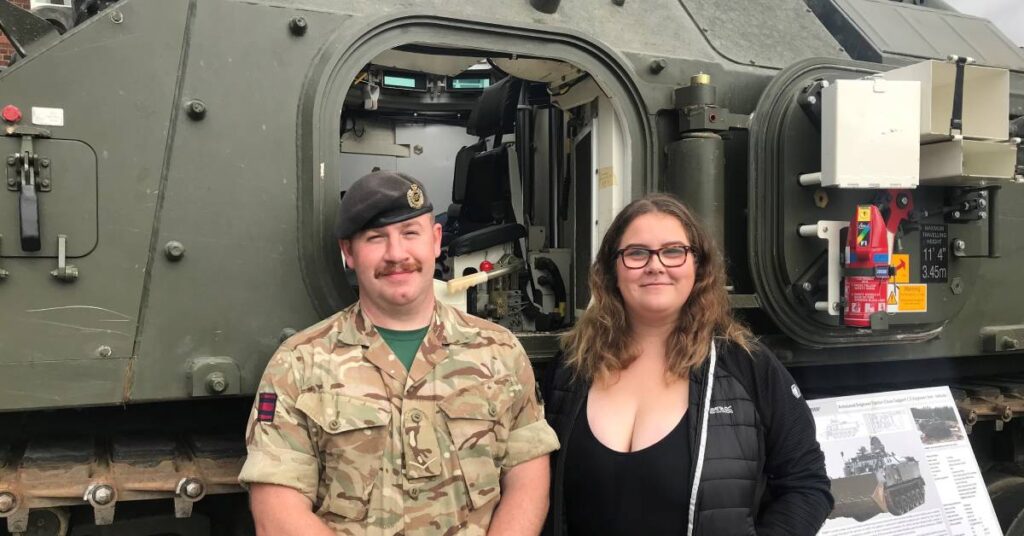 “A lot of our time in Ripon is behind closed doors and though our work takes us to many places around the world, we feel very much part of this community.”

“It’s marvellous to have the honour of the Freedom of Ripon and this weekend is a great opportunity to let let people know what we do.”

Tomorrow morning, the Mayor of Ripon Cllr Eamon Parkin, will take the salute as the Royal Engineers march past in Market Square and today, he and the Bishop of Ripon, the Rt Revd Dr Helen-Ann Hartley, visited the square to meet with Lt Col Graham and his colleagues. 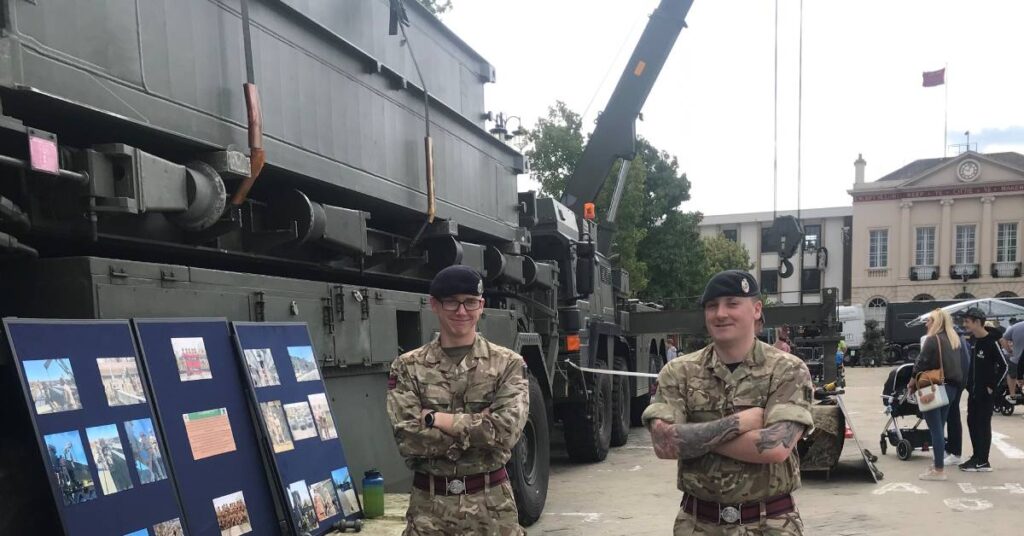 Sappers TJ Dockerty (left) and Nathaniel Blakey, with the giant Able vehicle that the Royal Engineers use to build bridges

The Royal Engineers have served on operations in Northern Ireland, Kuwait, Bosnia, Iraq, and Afghanistan, providing light role close support that enables the army to live, move and fight.

In Afghanistan, the regiment was deployed on Operation Herrick, the codename used for all British military operations in Afghanistan since 2002. 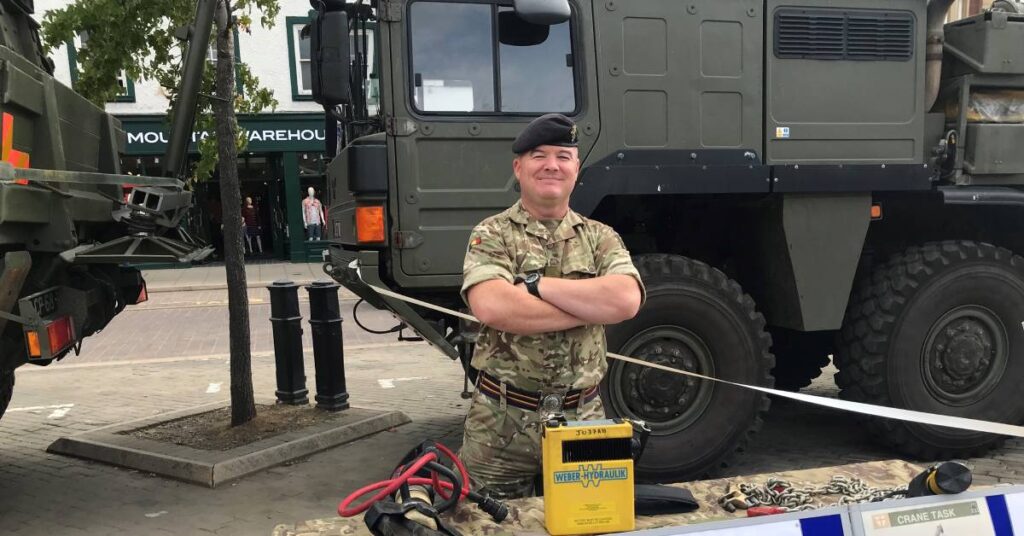 The operation included the British contribution to the NATO-led International Security Assistance Force.

It also supported military action on the US-led Operation Enduring Freedom, principally within the Helmand Province in Southern Afghanistan.

In recent years, the engineers’ main focus has been on support to UN peacekeeping operations. This has included deployments to Cyprus, Somalia and South Sudan, as well as Afghanistan.

Ripon’s military links go back over many decades and in 1915, when its population was under 9,000, an army camp was created in the city to accommodate 30,000 troops.

Up until the end of World War I more than 350,000 soldiers passed through the camp – among them the famous war poet Wilfred Owen.

The seven-day rate has climbed to a record equalling 534 cases per 100,000 people, as another 166 infections are reported today. https://buff.ly/2XXnQUY