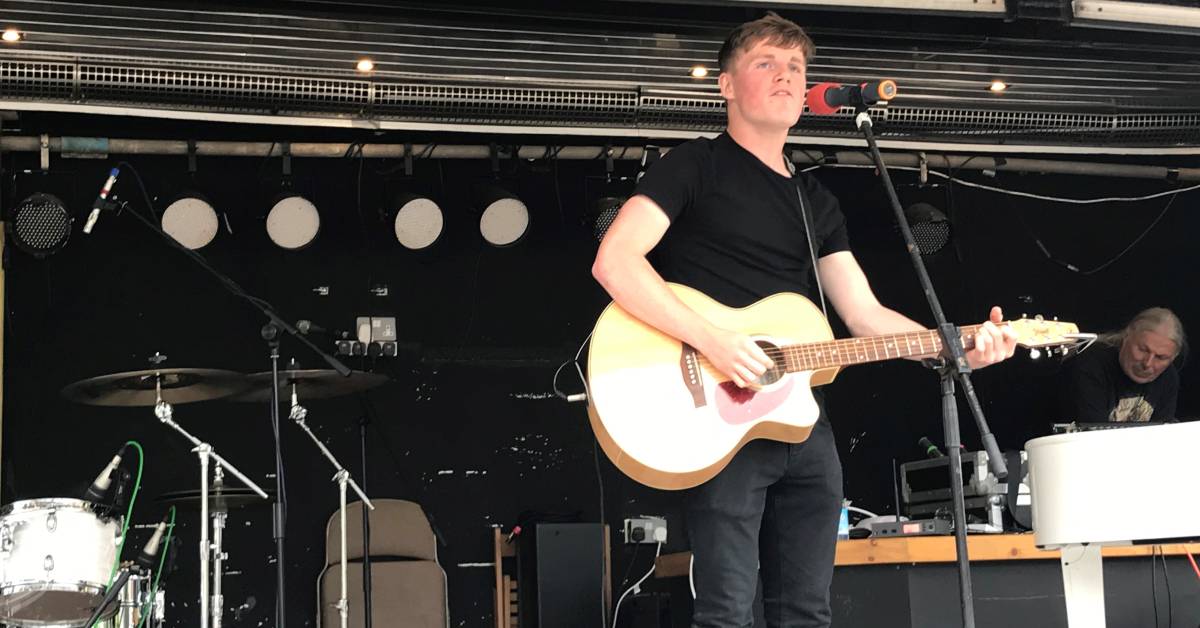 Alongside the tribute acts who played at Ripon’s summer season of free concerts, an emerging home-grown talent took centre stage.

The first performer at the Yorkshire Day Weekend of musical entertainment, was singer-songwriter Freddie Cleary, who has a growing fan base in the city and further afield.

The 20-year-old acoustic guitarist, who lives in Ripon, hopes for a recording contract one day and his rapidly-rising career has already seen him perform at high profile events including the Edinburgh Fringe Festival and the Tour de Yorkshire. 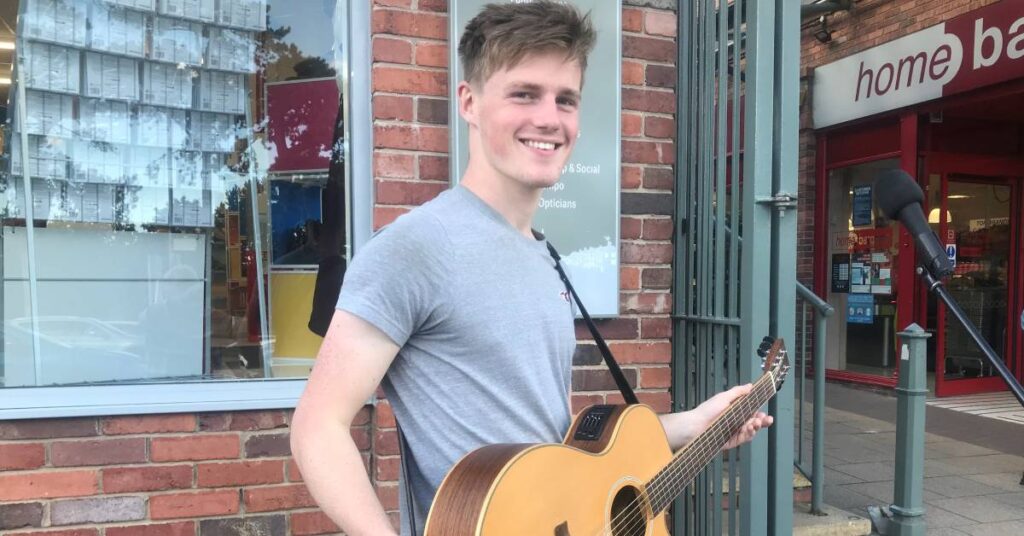 Freddie Cleary busking at The Arcade in Ripon

The former pupil of Grewelthorpe Primary School and Bedale High, started playing music at the age of ten after being bought a second-hand guitar by his mother Karen, who is now his manager, administrator and roadie.

“I used to be addicted to Playstation, but once I received my guitar I never played PS3 again!”

His first gig came at the age of 15 when he was asked to play at the Crown Inn in Grewelthorpe and then he started busking on the streets of Masham, Harrogate, Ripon and Robin Hood’s Bay.

Freddie, who has written his own songs – Mercy, My Everything, Perfect and Talk To Me – has used facilities at the Homefire Recording Co studio in Harrogate, added:

“I take my inspiration from artists such as Oasis, Ed Sheeran, Bryan Adams, Bruce Springsteen and the Stone Roses and it is my ambition to get my own recording contract one day.”

In the meantime, the young artist has another string to his bow, as an actor and member of Ripon Amateur Operatic Society (RAOS) where he started his acting career by successfully auditioning for one of the lead roles in the musical Cats.

He is also in the cast for the RAOS upcoming performances of Jesus Christ Superstar, which run from 7 to 16 October at the society’s Allhallowgate headquarters.

His acting ability was noticed by a talent spotter and led to him being offered a role in Amazon Prime’s Green Fingers where he plays the part of a busker!

“It’s great, I can just be myself and while I enjoy acting, I think that playing the guitar, writing and singing my own songs, offers the best opportunities for me.”