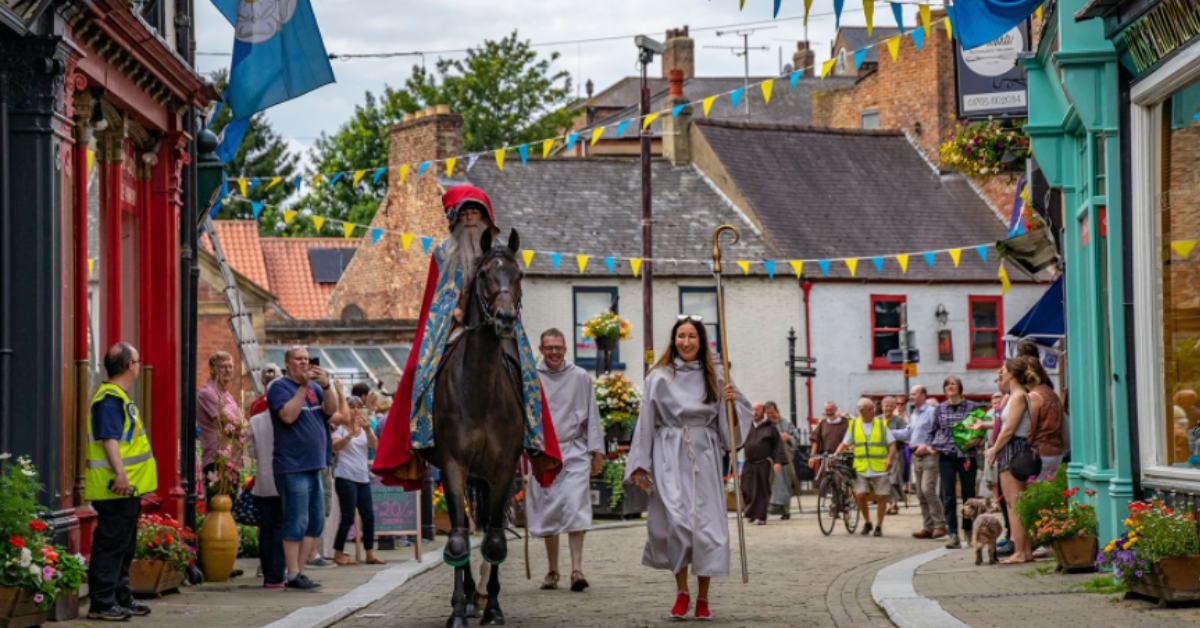 A  large annual parade that has taken place in Ripon for about 1,000 years is under threat.

Thousands of people turn out for St Wilfrid’s Procession, which celebrates the city’s patron saint.

The procession sees decorated floats travel around the city led by an actor playing St Wilfrid on a horse, followed by musicians, dancers and finally the Wakeman of Ripon.

There are also stalls and events on the Market Square for what is one of Ripon’s main events of the year.

The parade traditionally takes place on the last Saturday of July but covid prevented it taking place for the last two years.

Most funding comes from street collections on the day. But when the organising committee applied for a street collection permit for this year’s event, on July 30, it discovered Harrogate Borough Council had already granted a permit to another organisation — and only one a day is allowed.

The council told St Wilfrid’s Procession committee it was unable to reveal the identity of the other organisation because of data protection legislation.

This prompted the committee to put an appeal on social media asking for anyone who knew who it was to get in touch to see if a solution could be reached.

“We want an open discussion with whoever has the permit to see if they are able to switch days.

“Without a permit, the procession won’t take place next year because most donations are made on the day from people who give to fundraisers with buckets.”

The spokesman stressed nobody was to blame for the “unfortunate coincidence” and the council was trying to help find a solution.

The Stray Ferret contacted the council but did not receive a reply.