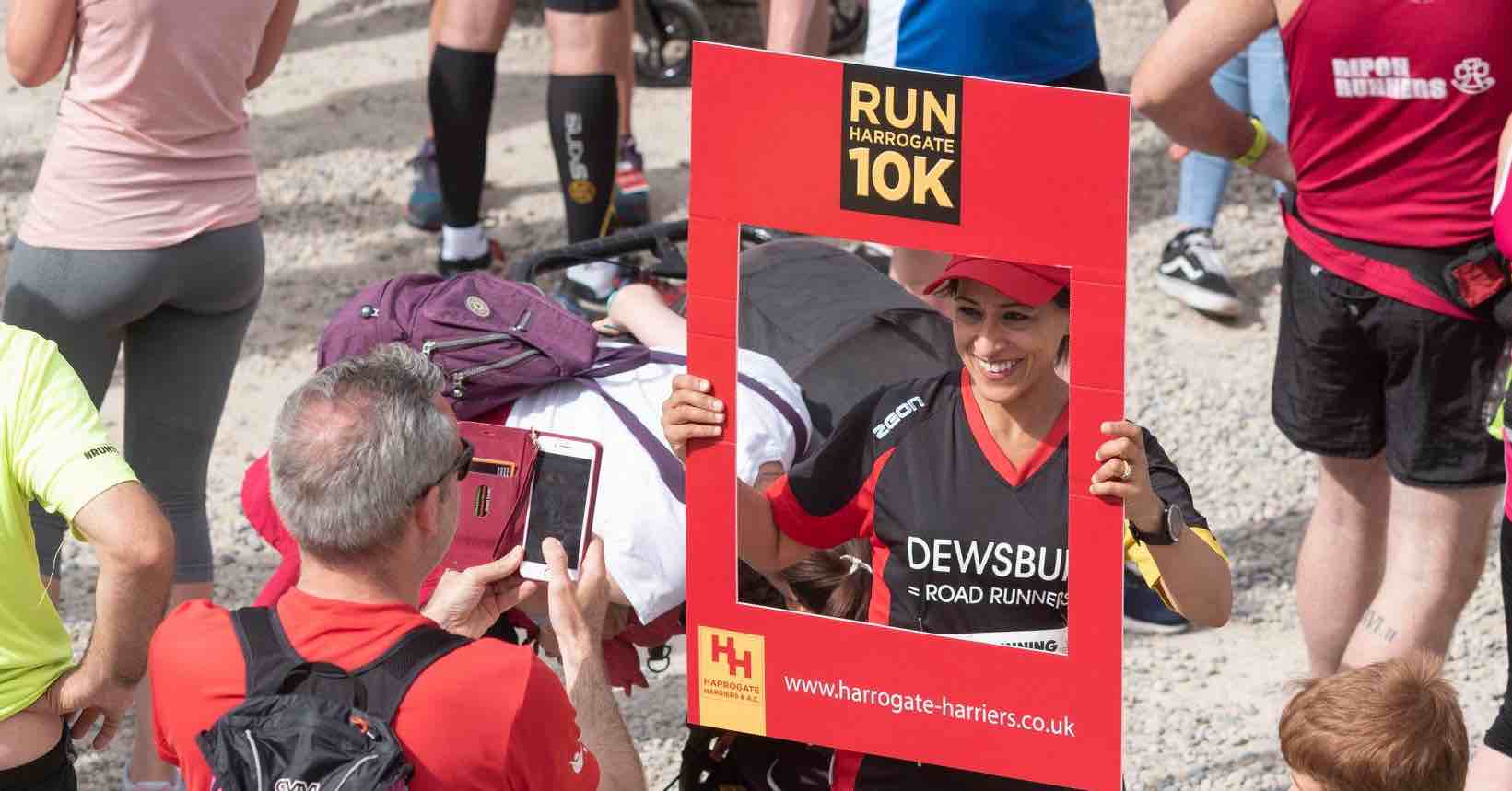 Runners will take part in the Run Harrogate 10k in July

Runners have a month left to book their spot at the Harrogate Harriers running and athletic club’s 10k challenge this summer.

The Run Harrogate 10k, which was cancelled last year, is back on July 4.

This year the Harrogate Harriers will use money raised to support the cardiac unit at Leeds General Infirmary, which saved the life of club member Rob Athey.

Mr Athey, 48, who lives in Harrogate, survived an alarming chain of events that started with a grazed knee last autumn and resulted in life-saving heart surgery and a two-month hospital stay.

“I do a lot of off-road running so I picked up a graze on my knee, which caused me to contract a blood infection called endocarditis. That took over my body and damaged my heart valve. Some of the heart valve came away, causing a blood clot, and then I suffered a stroke on the back of that.

“Then it came to light that I needed open-heart surgery to actually replace the heart valve.

“I got tested positive for covid as well, which meant that when they performed the open-heart surgery – because they have to stop your heart to work on it – it was touch and go. Basically, they actually saved my life.” 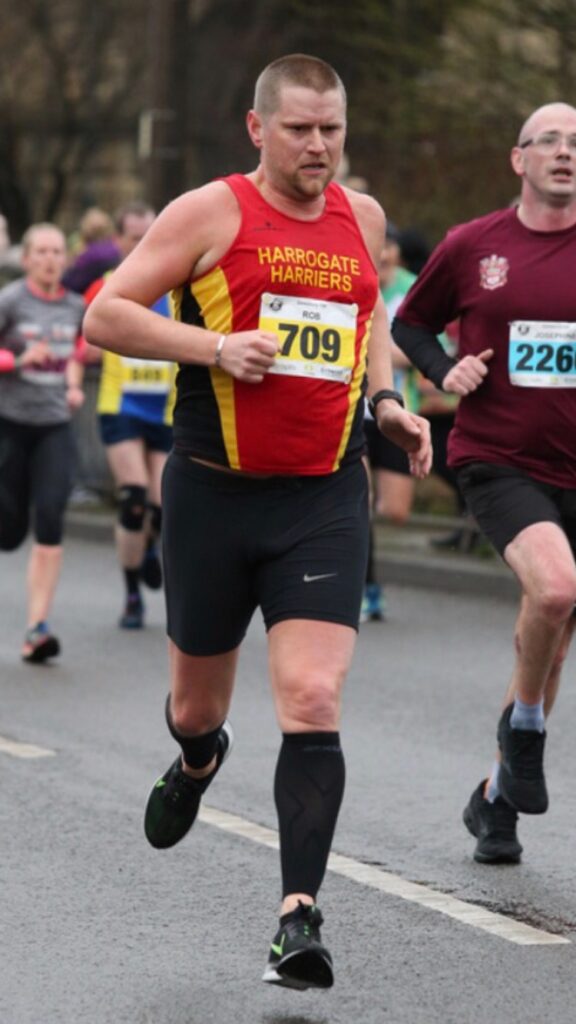 Mr Athey, who went back to work for Lloyds Banking Group in March, added:

“It’s life-changing. Life will never be the same again, but I’m so grateful for LGI for treating me. The NHS are fantastic, Harrogate ambulance service were fantastic in getting me there for all my procedures that I needed.

“I’m now recovering and I’m back trying to do a bit of running, although I can’t do too much. Because I’m a member of Harrogate Harriers I’d like to raise money for the cardiac unit at the LGI and (club chair Adam Prentis) said ‘yes, fantastic, we’d love to support that cause’.”

He has been running 5k distances as part of his training and is aiming to get around the 10k route in an hour – but insisted that his main motivation was completing the course and raising money.

The undulating route in the Crimple Valley, south-east of the town, will start and finish at Harrogate Sports and Fitness Centre, next to the Great Yorkshire Showground. Although it is described as multi-terrain, 70% of the single lap is on roads. 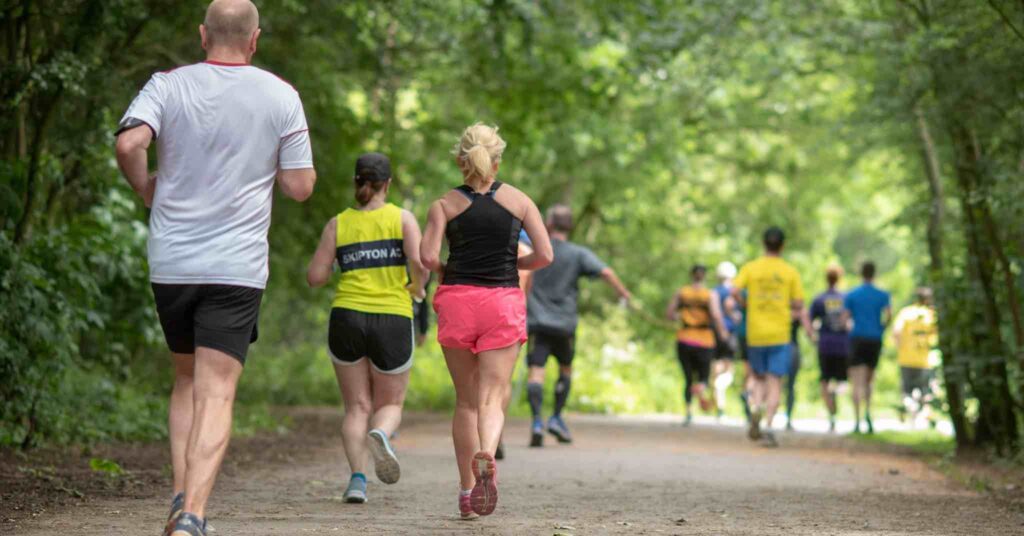 Runners on the Run Harrogate 10k course through the Crimple Valley in 2019. Photo: Dan Oxtoby Photography

“A large proportion of participants are non-club runners and that’s really important because you get large groups running. About 60% of runners who take part do so because it’s through the Crimple Valley and it’s beautiful.”

“The Government are making a lot of positive noises about opening up again, which means we are positive about running the event in July.

“You’ve got to plan for the worst-case scenario but we would like to avoid that. The Yorkshire Showground is blessed with a huge amount of land. The vaccine centre won’t be open on that day so there is lots of space to spread out.”

Due to covid restrictions runners must book in advance and will not be able to enter on the day.

A staggered start from 10am onwards, based on expected finishing times, will also help to manage numbers.

There are prizes for all age groups and men’s and women’s teams, while each finisher will get a commemorative memento. Event sponsors include Taylors Tea, Up & Running and Harrogate Spring Water. Visit racebest.com/races/2x2ef for more details and to register.

To sponsor Mr Athey, go to his fundraising page.

Today's net-zero conference at the Harrogate Convention Centre is one of the main events of this month's Climate Action Festival. @HarrogateDCCC @ZeroCHarrogate