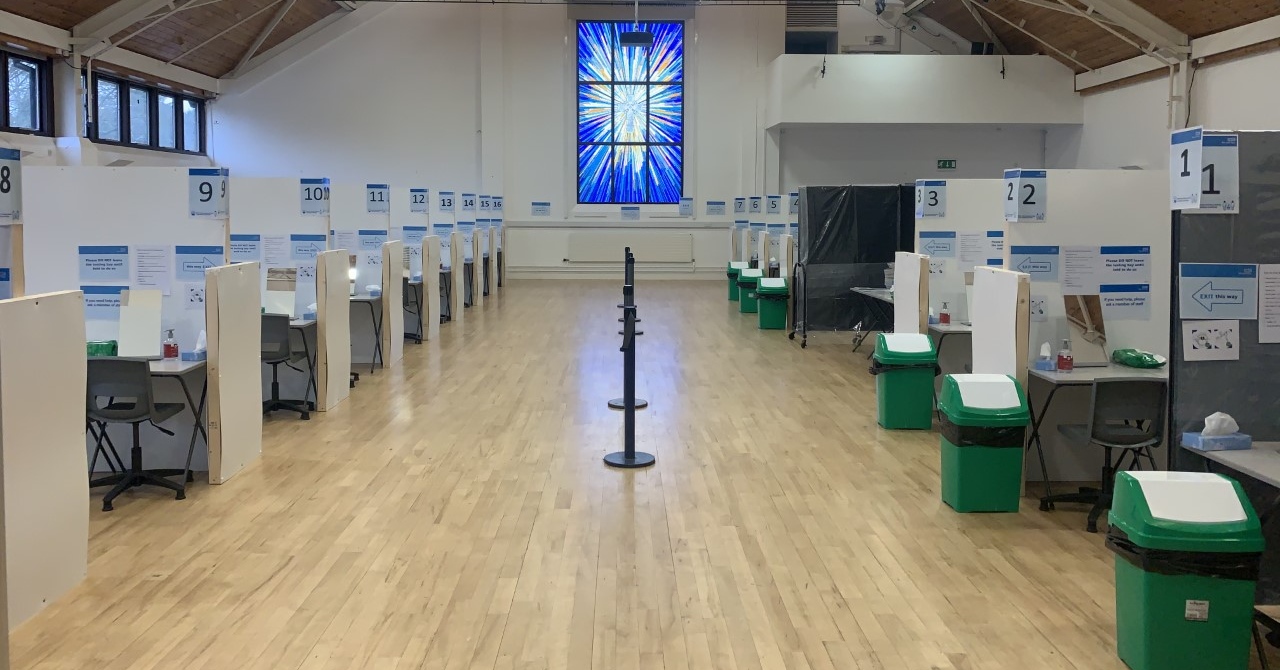 The first pupils across the Harrogate district have been receiving covid tests as schools prepare for a return to classroom-only teaching.

Harrogate Grammar, Harrogate High, St John Fisher and St Aidan’s schools in Harrogate, as well as Outwood Academy in Ripon, have all begun offering tests to their students this week.

Each will complete the first round of testing of all pupils by the middle of next week, after which the second and third rounds will be offered.

Harrogate Grammar School began its testing programme with its 600 sixth formers today, before working its way down the year groups in the first half of next week. Headteacher Neil Renton said:

“The testing today is going really well. We’ve got 10 testing bays in action and we’re testing 100 students every hour.

“We’re starting with year 12 and 13 students because our sixth form is so large – about 600 students. We wanted to make sure things were working, because if we didn’t get this right we would have to re-think our testing for next week.”

Fortunately, Mr Renton said, the trial had run smoothly, with a high percentage of parents giving consent for testing to take place. He praised the efforts of 30 members of staff who had been trained up to help students to follow the right procedures, led by business operations manager Tom Stephens.

Asked about the impact of testing on schools’ ability to keep students in classrooms, Mr Renton said:

“The way I’m seeing it is it’s an additional measure we didn’t have before. I know there’s a huge debate about the efficacy of testing, but it’s what we’ve been asked to do and if it finds and breaks transmission of a couple of asymptomatic cases, it has been worth doing.”

At St Aidan’s, years 7, 11 and 13 have been tested yesterday and today, before returning to in-person lessons on Monday. Years 10 and 12 will be tested on Monday, year 8 on Tuesday and year 9 on Wednesday, each then coming back to the classroom the following day.

Like most of the district’s schools, St Aidan’s is also repurposing existing facilities to accommodate a temporary testing centre. A spokesperson for the school said:

“The 16 bay testing facility is situated in Constance Green Hall, usually the home to assemblies, theatrical productions, proms and fantastic musical performances all year round.

“The in-school arrangements for the return of students will be similar to the measures we had in place in the autumn term, with year group bubbles, staggered lesson times, lunches, arrival and departure times, but with the addition of further control measures including the wearing of face coverings in lessons.”

To ease any anxiety about the testing process, both St Aidan’s and Harrogate Grammar School have created virtual tours of their facilities for students. 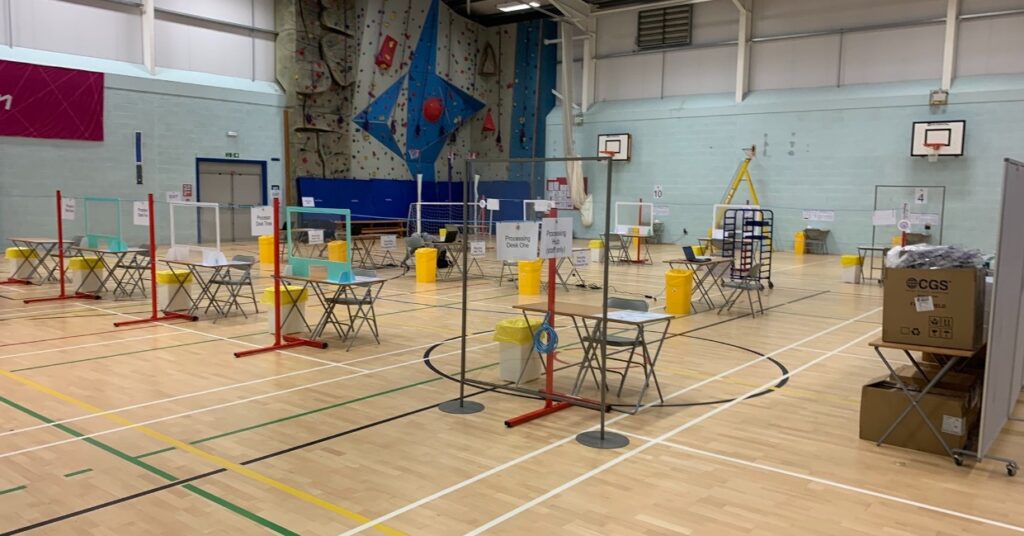 Meanwhile, St John Fisher tested its year 11 and 13 pupils yesterday ready for them to return to school on Monday, when years 10 and 12 will be tested, followed by lower year groups through the week.

Harrogate High School has offered tests to years 10 and 11 today, with the remaining students being tested on Monday.

At both Boroughbridge High School and Outwood Academy Ripon, testing is being carried out before students return to the classroom by the middle of next week. Similarly, Ripon Grammar School begins testing on Monday and all year groups will be back in school by the end of the week.

After three rounds of tests, students across the country will be given home tests to use twice a week. The aim is to identify asymptomatic cases of covid before it can be spread to more pupils, helping to reduce the need for isolating and to keep more students in schools.