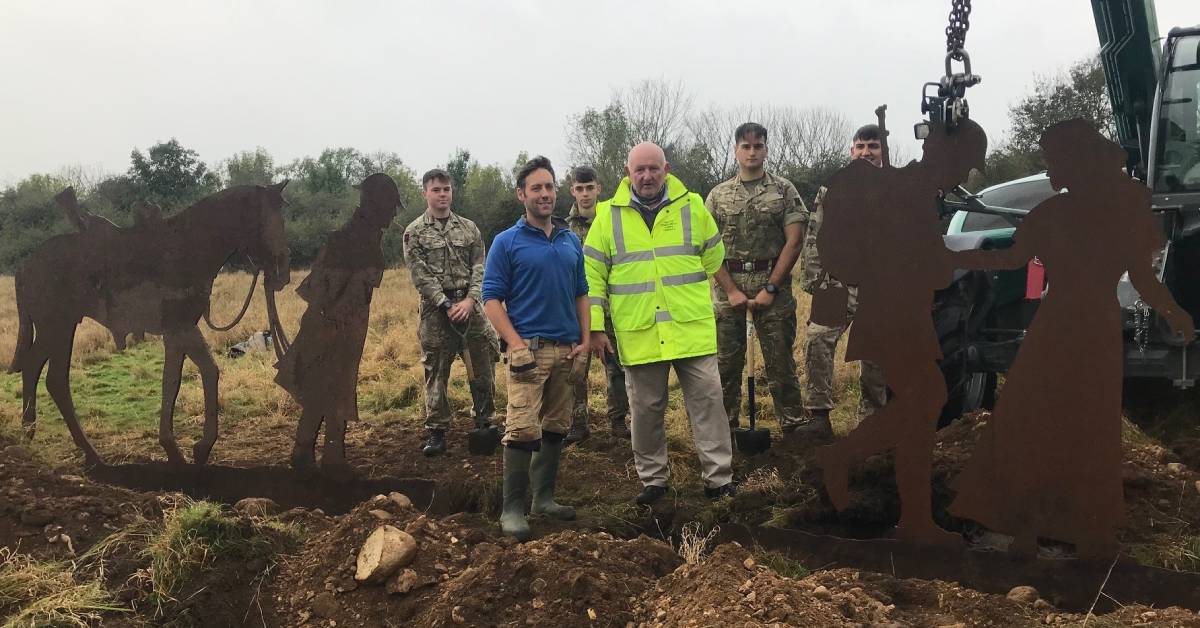 Soldiers from Ripon were involved in an art installation yesterday that provides an echo of the city’s military past going back 107 years.

Members of 21 Engineer Regiment helped with ground preparation before three metal silhouettes, depicting soldiers of World War I, were put in place at Hell Wath.

The works, created by artists Dan Metcalfe and Jeanne Mundy, in collaboration with Ripon Cathedral’s visual media artist and photographer Joe Priestley, replicate pieces from previous installations produced by the trio for the project ‘Fields of Mud, Seeds of Hope’ 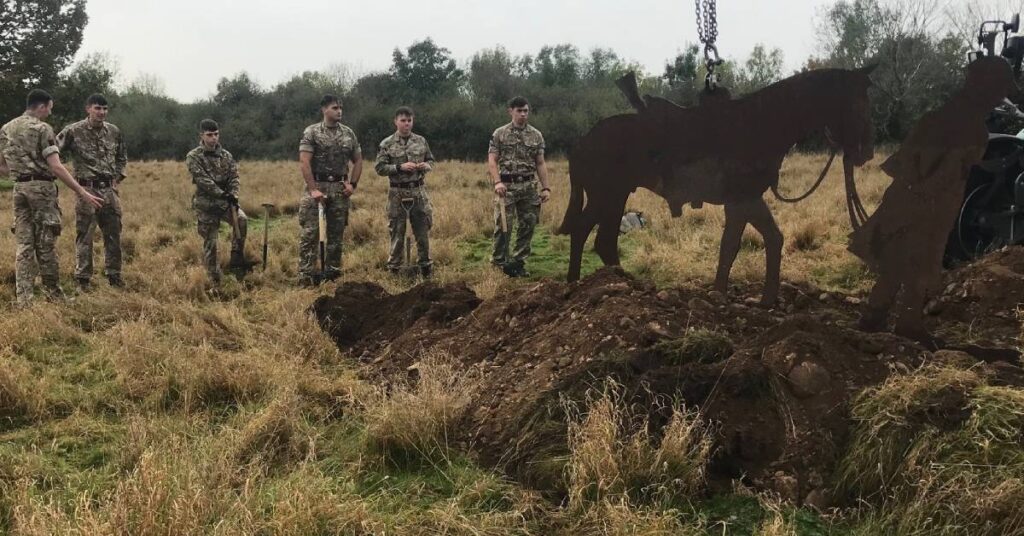 Members of the 21 Engineer Regiment did the spade work

Figures from that project can be seen near the cathedral and around the city as part of the Wilfred Owen memorial walk, created in honour the famous war poet who was based briefly at Ripon Army Camp from March 1918 and died in action in northern France just seven days before peace was declared.

“During World War I, this area was the southern half of a huge camp that at any time was providing temporary accommodation for upwards of 30,000 troops.

“When you consider that the population of the city was around 8,000 before the camp arrived, it makes you realise how dominant it was and the impact it would have had.

“I hope that these works serve as a permanent reminder for generations to come of the part that Ripon played in the war and those who never returned.”

The logistics of the installation have been led by Ripon Community Poppy Project, which is also involved in producing the annual remembrance displays in the city centre.

Councillor Stuart Martin, who was one of the founders of the project, said:

“This has happened thanks to a massive collaborative effort, with support from Econ Engineering, Ripon Farm Services, Harrogate Borough Council, the Royal Engineers and Tarmac, which owns the land.

“Thanks to their assistance, combined with donations of materials, time and labour, they have enabled the creation of this stunning installation that underlines the historical significance of Ripon’s military roots, which go back many years.”