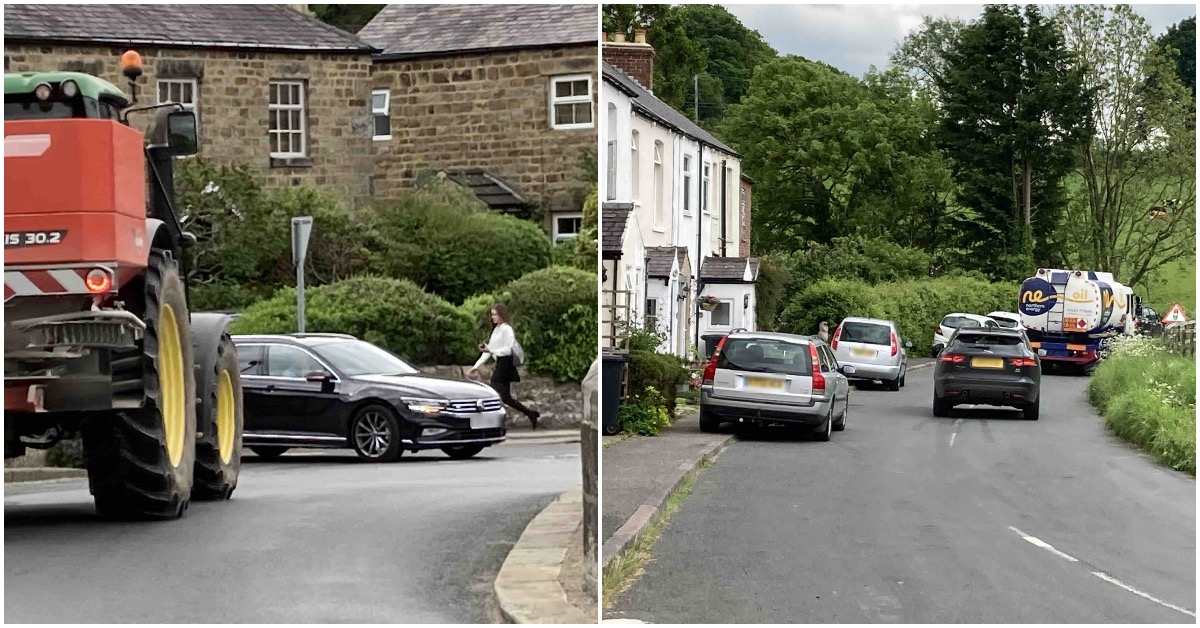 Frustration is growing amongst residents of Shaw Mills who say the county council has refused to acknowledge how dangerous the village roads are.

The residents have been trying to encourage North Yorkshire County Council to increase speed signage.

Their campaign, headed by Shaw Mills parish councillor Nick Tither, began six months ago after residents got fed up with the number of close calls.

“Anyone who walks through Shaw Mills knows how hazardous the road is. The village is approached by two steep hills, which encourage traffic to come through at speed. There are then tight bends with a narrow bridge and no footway.

“We have had a site visit with the police who agree that the situation is dangerous, not just to motorists but particularly for walkers and cyclists. We have all seen close calls on the bridge and residents trying to get out of their drives get abused because other road users, including cyclists, have been going too fast to avoid them.”

He is calling for ‘no footpath’ signs at the top and bottom of the village, ‘slow’ painted onto the roads and white lines in the middle of the road.

Currently the 30mph signs are in place at the junction between Pye Lane and Law Lane and along Mill Bank near the chapel. But Mr Tither says drivers often don’t acknowledge the speed limit.

A county council highways officer drove through the village four times in last lockdown but the residents say this is not an accurate representation.

“Work has been ongoing with observations completed by our engineers at different times. The results of these observations showed that at this time the road through Shaw Mills does not meet the requirements for the installation of ‘pedestrians in road’ signs.

“However, we have identified a need to install ‘slow down’ signs at each end of the bridge to encourage drivers to slow down as they cross it. We will continue to work with the parish council regarding their ongoing concerns about pedestrian safety.”

Today and on Sunday the residents are holding their own survey; volunteer residents will stand at each side of the bridge over the two days to count the number of vehicles, their position on the road, and near misses.

Their findings will be sent to North Yorkshire County Council in the hope it will then liaise with the parish council about solutions .